The Long Game: How to Select the Best Rifle Scope for Long Range Shooting 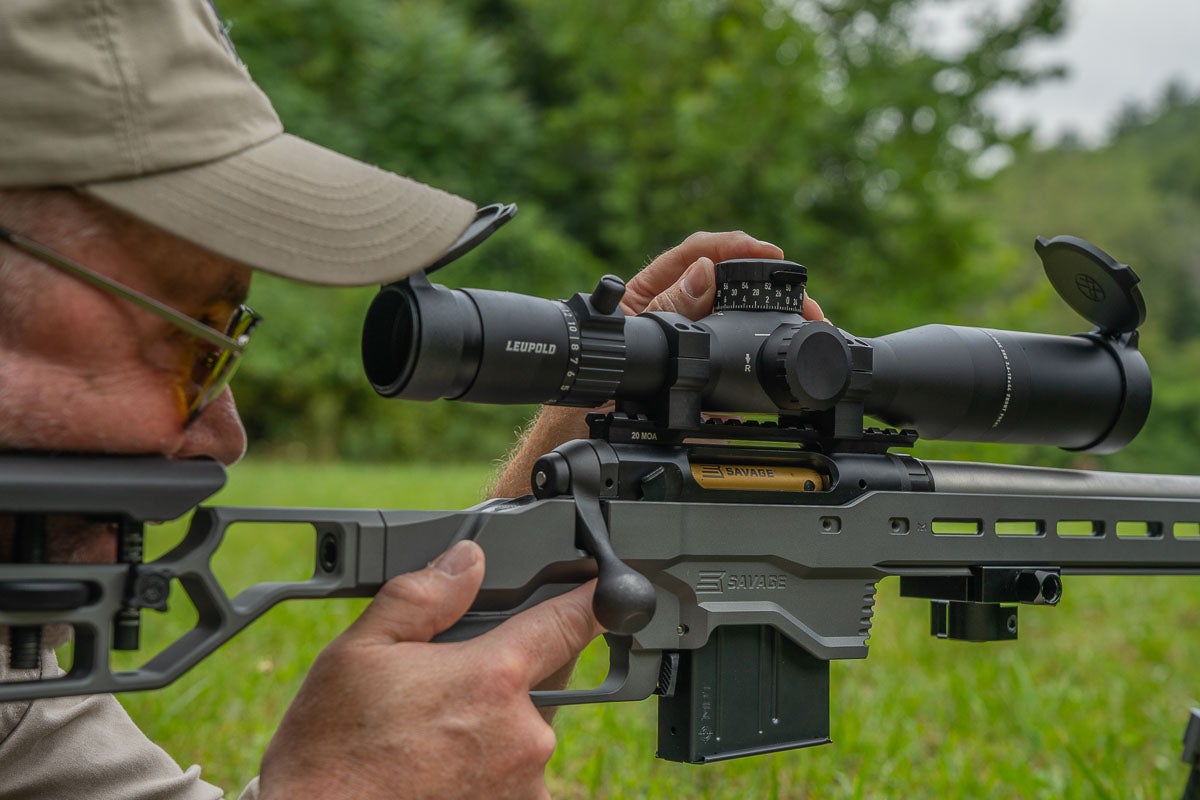 Just as with a long-range rifle, a riflescope suited for long-range work has a variety of features specifically suited to the task. Ignore them when selecting a riflescope and you’ll miss more than you hit. Richard Mann
SHARE

The Long Game is a new series designed to improve your long-range-shooting skills. This story is the fifth installment.

The shooter’s interaction with the rifle scope is paramount because that is where the shooting solutions are applied. It’s so important that if your long range rifle scope does not cost at least as much as your rifle, it’s probably not the right rifle scope. This adage certainly applies to most rifle scopes: You mostly get what you pay for. There are six critical elements to consider. Let’s look at each in order to help you select the rifle scope you need.

Your long range rifle scope needs to deliver enough magnification to resolve targets out to 1,000 yards. As a minimum, you should be able to make a 1,000-yard target appear as though it is no further than 100 yards. This takes at least 10X magnification. More magnification helps, but you do not want to go so high with your maximum magnification that your low-end magnification is more than about 4X to 6X. You may need to shoot quickly at targets inside 100 yards too.

Parallax occurs when the reticle and the target are focused at different distances within the rifle scope. Typically, on scopes that lack parallax adjustment the parallax is set somewhere between 50 and 175 yards. This works for most applications but not long-range. When parallax is not properly set, slight imperfections in head positioning behind the rifle scope alter the position of the reticle on the target which can lead to a poor shot or a miss. A rifle scope with parallax adjustment is a must. For ease of access, it’s best positioned on the adjustment turret saddle than on the objective bell.

Rifle scopes are manufactured with the reticle in either the first (front) or second (rear) focal plane. With a first-focal plane reticle, the relationship of the reticle to the target does not change with magnification. This means that with a graduated long-range reticle, a graduation that equals 10 MOA at 5X also equals 10 MOA at 10X. Second-focal-plane reticles do not magnify with the target. This means a reticle with a graduated mark subtending to 10 MOA at 5X, will subtend to 20 MOA at 10X. Second-focal plane rifle scopes are popular for hunting because at low magnification the reticles are bold and easy to see. They’re not popular for long-range shooting because the sub-tensions of the graduation marks used for windage and elevation holds vary with magnification.

Long-range rifle scope reticles come in many styles. Some only have graduations on the vertical or horizontal reticle wires. Others are much more complex with a massive array of additional aiming points to the left, right, and below the center aiming point. The more aiming points your reticle has, the more complicated it will be to use. As a minimum make sure the graduation marks correspond to your scope adjustments. If your rifle scope has MOA adjustments, then your reticle should have MOA graduations, and the same with MILs. This allows you to easily transfer from a hold-over to a dial adjustment, and vice-versa.

Reticle adjustments on long-range rifle scopes can be in MOAs or MILs. Which is best? There is no best, only differences, but both move the reticle a pre-determined amount. Some find it easier to work with MILs because they’re in graduations of 10. Others find MILs complicated because the relation to inches does not closely correlate. Regardless, you’ll need to learn to speak either the MIL or MOA language, and for the most part stop thinking in inches.

A zero stop is also a good idea because it allows you to return the elevation knob to your zero without looking. It also prevents spinning the knob past your zero. Some rifle scopes also only offer one turn of the vertical/elevation adjustment. This will typically only allow for corrections out to about 700 yards. A better option is an elevation adjustment permitting two or even three rotations of the knob.

Rifle scope mounting must be rock solid; don’t skimp on bases or rings. Ideally the mounting should provide a vertical offset so you can take advantage of the reticle’s full range of movement within the rifle scope. This is accomplished with a scope base offering 20 MOA (or more) offset. Bases with 20 MOA of offset are the most popular and they give you an extra 20 MOA of elevation adjustment. Another benefit is that that offset will position your reticle closer to the optical center of the rifle scope when it is dialed to hit targets at longer distances. This usually gives the shooter a sight-picture with better optical clarity as well.

But you’re not done with gun gear, there are some other accessories/essentials you need, and we’ll cover them in Part 6.