Everything You Need To Know About Trigger Pull For Hunting Rifles 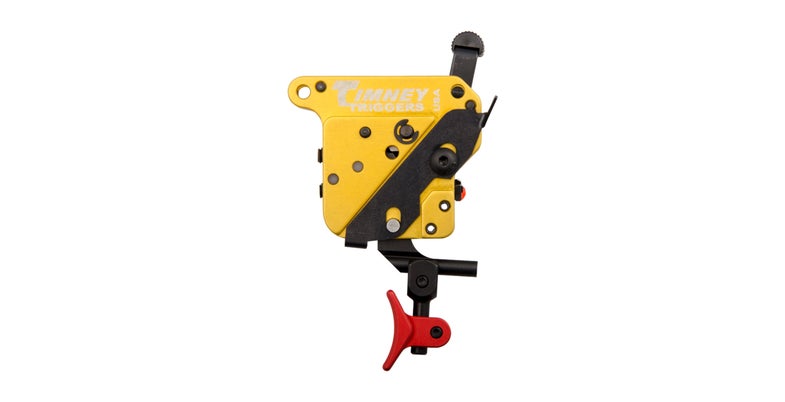 A correspondent of mine, a person of very little taste and hardly any mechanical sophistication, asks me if a double-stage trigger is just a single-stage trigger with a lot of added creep, and why bother? No, and here’s why.

Creep, in a single-stage trigger, comes from too much engagement between the sear and the trigger. If the trigger components are too soft, or too rough, or uneven, one part scrapes along the other when the trigger is pulled, and if you add in too much spring pressure on the trigger, you get a pull that’s impossible to control.

Prior to the introduction of the Savage AccuTrigger in 2002, most American-made rifles had truly dreadful single-stage triggers. Manufacturers were unable to turn out a well-made trigger at a price that would not jack up the cost of the gun, and lawyers insisted that triggers be made tamper-proof and accidental-discharge-proof. The result was triggers that would release only with the help of God. You wouldn’t be able to shoot well with them, but neither would you get an accidental discharge. The lawyers were satisfied, and that was all that mattered.

Ron Coburn, who was president of Savage at the time, saw that this was a bunch of do-do, and came up with a trigger that was impossible to set off by accident, had an excellent pull that could be adjusted by the owner*, and could be made cheaply and still work fine. Savage achieved this by going back to the old double-stage design, beloved of military-rifle designers.

Here, the sear has loads of engagement, which you eliminate by pulling through the first stage. This long pull is very light, not creepy or draggy as it is on a bad single-stage. When you feel resistance, you’re in the second stage, and you’re on warning that the gun is about to go bang. Most single-stage triggers can’t be adjusted to break safely with less than 3 pounds of pull. To get below that, you need to cut the sear engagement back to the point where the rifle will go off if you slam the bolt hard.** That said, some single-stage triggers can go down to ½-pound, but they’ve been designed to do so, and are very precisely made and expensive.

I myself am perfectly happy with either a single- or a double-stage trigger, as long as the pull is nice and clean. However, I do have some strong feelings about pull weights.

For a big-game rifle, never go below 3 pounds. Never.

For a dangerous-game rifle, or a tactical rifle that will actually be shot tactically, 4 pounds.

For a competition rifle, such as an F-Class gun, 1 to 2 pounds. For the average shooter, this is way too light, but the guys who burn up 1,000 to 5,000 rounds in a summer have pretty good control over their triggers, and some of them go down to ½-pound.

Below are some notes on triggers themselves. These are all single-stage models, because that style remains the more popular.

The Best Triggers For Hunting Rifles

Probably the best trigger for a hunting rifle is still the original Winchester Model 70 design, because of its extreme simplicity. There are hardly any parts, and those are robust. But it must be set up by someone who knows what he’s doing. Winchester’s MOA trigger, which replaced it, is excellent.

Very good, very simple, and inexpensive. I have one on an old Savage 110 that has worked flawlessly for a long time.

Not the very best pull, but about as reliable as it is possible to make a single-stage trigger. I’ve used God knows how many, and they simply never screw up. Timney now makes a competition trigger designed by an engineer named Calvin, and it’s called the Calvin Elite. It has a first-rate pull. I would not hesitate to use one on a hunting rifle.

Generally considered to be the top rank in single-stage triggers, it is beautifully made, gives a superlative and very distinctive pull, but is not the most reliable piece of machinery ever made. I had one break after relatively little use.

This is something truly different. Made in Canada, eh?, TriggerTechs don’t rely on friction for sear engagement. The sear is engaged on a roller, which eliminates friction, and therefore all creep and drag. Bergara is now using these, and the ones I’ve tried were sensational. It may be as big a game-changer as the AccuTrigger.

* At the time, tinkering with a trigger was simply unheard of. Most rifles came with triggers that could not be adjusted by anyone, including a gunsmith, and warnings that if you tried, the company would find out about it and send people to your house to break your face and kill your dog.

** The last step in adjusting a trigger should always be slamming the bolt forward as hard as you possibly can half a dozen times. If the sear fails to engage, you have a problem, and are advised to take the rifle to someone who knows what he’d doing.