When you have venison nachos, a slow-cooker goose, and fried fish that tastes this good, the game almost doesn’t matter 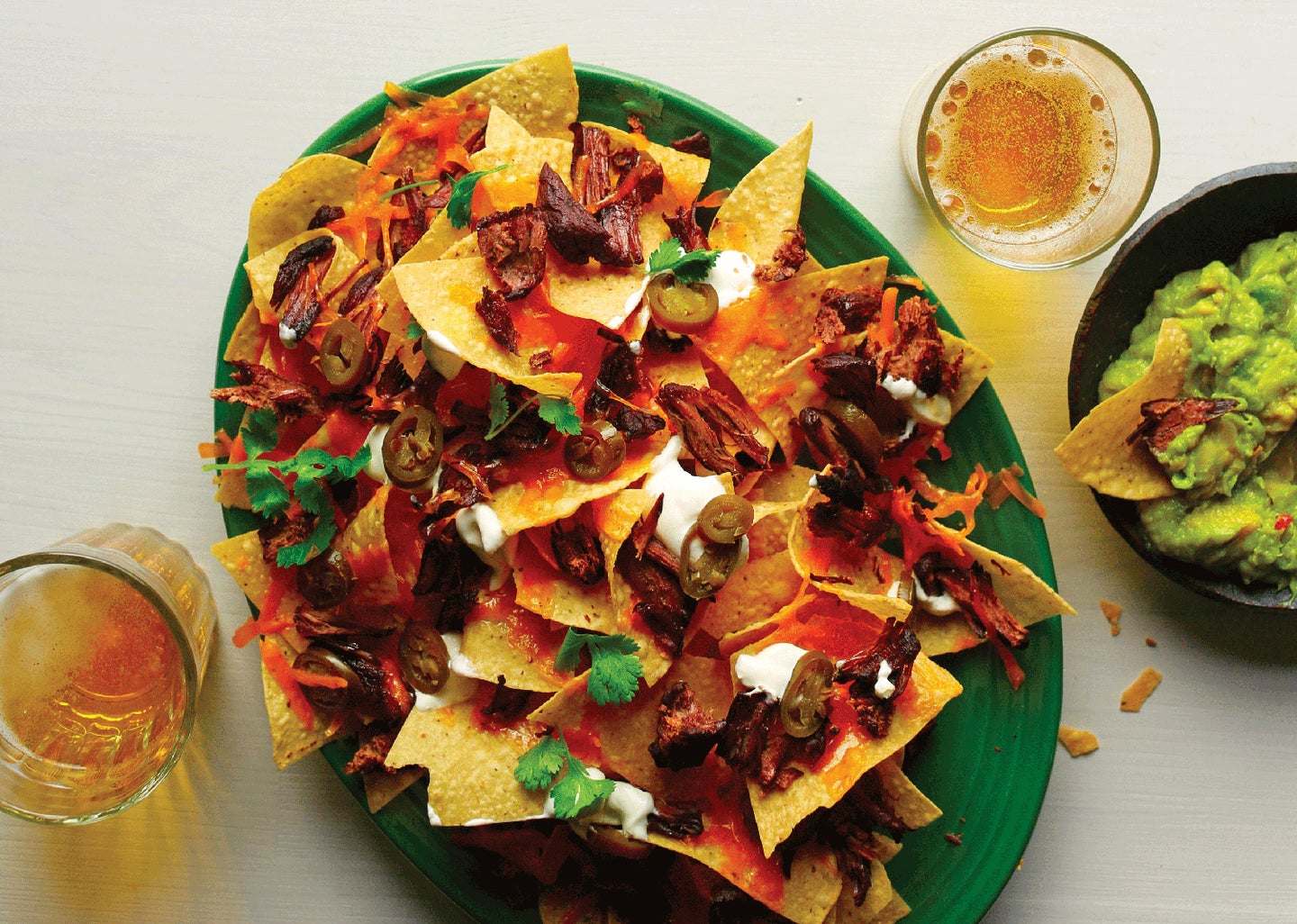 These days, folks are cooking at home more than ever. So if your freezer is full of wild game or fish from last season, use this time as an excuse to whip up some delicious party food for your family—or even just yourself. In this gallery, you'll find delicious and easy-to-cook recipes for venison, wild duck, pheasant, and more. Go wild, and enjoy!. Johnny Miller
SHARE

There’s no better occasion to serve big-game meat than during the big game—which is why we’ve put together the ultimate wild game menu for the Super Bowl.

Our perfect Super Bowl menu has it all—venison, waterfowl, black bear, fish, more venison, and tiger meat (well, not exactly). Unless you’re having a really big crew over for the game (and, let’s be honest, none of us are doing that this year), you’re probably not going to want to serve this entire menu. But whether you’re craving poppers or pizza, fish sticks or nachos, this list of the best Super Bowl snacks has at least thing that’ll hit the spot.

While guests are arriving and the pre-game coverage is building momentum on TV, start the day off by serving these wild game Super Bowl appetizers. And don’t be surprised when you run out of these before kickoff.

How to Cook Venison and Tater Tot Poppers

Steak and potatoes are an All-American Meal—and especially so when the meat is a fresh chunk of whitetail venison. (Though feel free to use mule deer, elk, moose, or even antelope.) These poppers come together quickly and cook fast. If you’re feeling particularly ambitious, skip the bottled sauce and whip up a homemade recipe that tastes as if it comes straight from a downtown steakhouse. Get the recipe here »

How to Cook Black Bear Chili

Bowl of red, meet bowl of black. This deep, dark chili gets its richness from bear meat, its kick from roasted ancho chiles and chipotle peppers, and its faint hint of sweetness from an unexpected (and bear-approved) source: wild blueberries. Raise an eyebrow, sure, but the berries are just doing the same job that tomatoes do in traditional chili. Dissolving into the chili, they add a mysterious note of complexity—and even more midnight color to the bowl. Top with a dollop of sour cream for some wild contrast. Get the recipe here »

As you probably have guessed, Tiger Meat is not made with actual tigers. Instead, it’s generally made with raw beef—though we suggest using good-quality, fresh venison sirloin. Tiger meat is really popular in the Dakotas as a winter snack, especially in ice shacks, for New Year’s Eve and the Super Bowl. Despite fear-mongering, consuming raw beef or venison (and egg yolks) is safe if you take certain precautions. Ensure your meat and eggs are very fresh and keep everything, including the bowls and mixers, cold during the mixing process. If you’re serving it at your Super Bowl party, place it in a bowl set in a larger bowl of ice to ensure it stays cool. Get the recipe here »

How to Cook Venison Carnitas Nachos

The ultimate Super Bowl indulgence: nachos loaded with bubbling cheddar and shredded venison that’s been slow-cooked with chipotles and spices and then quickly seared—in the style of Mexico’s legendary pork carnitas—for some crispy, hyper-flavored edges. You may forget about the game altogether. Get the recipe here »

How to Cook Barbecue Goose in a Slow-Cooker

Here’s a recipe for waterfowl hunters who aren’t sure how to cook all of the Canada and snow goose breast meat in their freezer. A few hours braising in a slow-cooker transforms that tough meat into the ultimate party-food chip dip. Get the recipe here »

Once the game starts and everyone’s eyes are glued to the screen, bring out the finger food. Instead of single bites, your guests can dig into fish sticks or sliders while they wait to hear the results of a coach’s challenge, or long commercial break. That way they can hold off while the real action is happening.

The Best Recipe for Fish Sticks

For children, who are often unaware that their food ever existed outside its cellophane wrapping, there are few better lessons on the natural cycle of life than seeing a fish go from stream to table. One potential problem is reconciling that instruction with their finicky tastes. Here’s one solution: Turn your kids’ catch into that all-time childhood favorite, fish sticks. Nothing like finger food for teaching a noble and necessary lesson—and nothing could be better for the Super Bowl than a piled of golden-fried fish sticks. Bring the kids into the kitchen for this recipe. (Just make sure they’ve scrubbed all the bait slime off their hands.) They can mix the tartar sauce and man the batter stations while Mom or Dad handles the frying. It’s a fun way to help them understand the whole process. Get the recipe here »

How to Cook Venison Smash Burgers

If you have a large cast-iron skillet—or, better yet, a cast-iron griddle—get it scorching hot on the stove, channel your inner shorter-order cook, and whip up a batch of venison smash burgers. The portions in this recipe make ¼-pound cheeseburgers, but for a Super Bowl party, we recommend cutting the patty portions in half and making sliders. [Get the recipe here »]

How to Cook Wild Game Pizza in a Cast-Iron Skillet

Whatever you do on Super Bowl Sunday, do not order delivery. Every restaurant will be slammed, and by the time the food arrives, it’ll be cold and the game will nearly be over. Besides, you can make something more delicious in your own kitchen—like this cast-iron pizza. We like to use venison sausage, onions, and peppers (and an egg) as toppings, but let your imagination go wild. Get the recipe here »

And the Best Super Bowl Cocktail

Spice up your drink menu a little by adding a touch of the outdoors to a classic cocktail.

Some days you just feel like a Bloody Mary—and for many of us, Super Bowl Sunday is one of those days. While there are tons of recipes for the drink out there, you won’t find any quite like this one. We’ve done away with the celery stalk and lemon wedge and found the absolute perfect garnish for a Bloody Mary—a deer stick. Enjoy. Get the recipe here »