Mike Valla’s book, The Classic Streamer Fly Box,is a catalog of old-school bucktails and streamers that belongs in any angler’s library 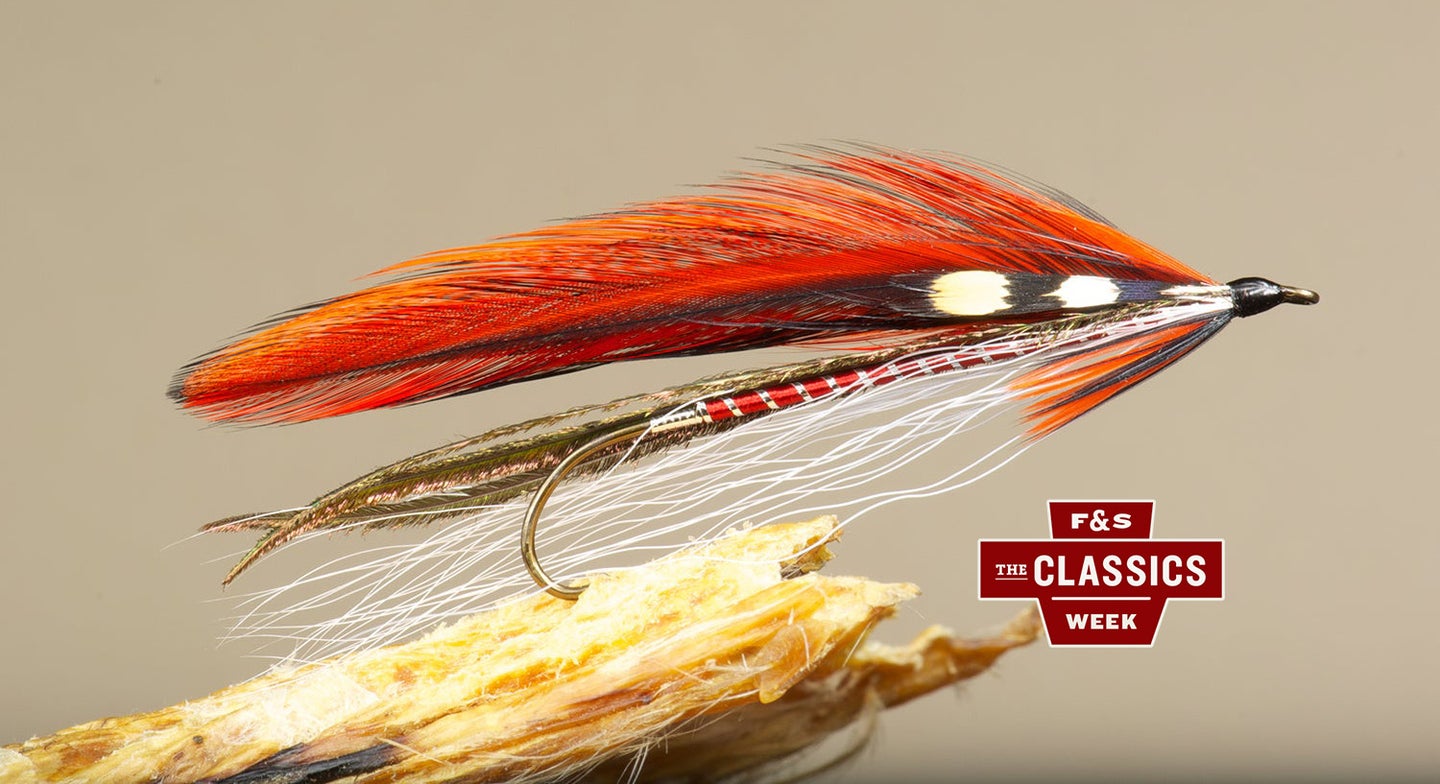 If you’re fascinated with the different ways that hair, tinsel, and feathers can be arranged on a fishing hook, you’ll want to pick up Mike Valla’s book, The Classic Streamer Fly Box. This valuable reference for tiers is a catalog of streamers and bucktails developed over the last century.

Each pattern is beautifully tied and photographed; displayed with a short description from the author and quotes from classic outdoor writers recalling the stripes these patterns have earned. We’d like to share the following eight excerpts that we found interesting. You may be familiar with some of the patterns—others maybe not so much. Either way, we think you’ll enjoy reading The Classic Streamer Fly Box. It undoubtedly deserves a place on your tying bench.

The landlocked salmon is found in a number of lakes in Maine, but where it occurs in streams and flowages it is of greatest interest to the fly fisherman. They will take a streamer, bucktail, or wet fly when conditions are right. —William J. Schaldach, Currents and Eddies

Schaldach, a talented artist and writer from an era that is long past, loved Maine and its chains of lakes and rivers, but chances are he didn’t carry Allie’s Favorite in his fly box. Carrie Stevens did not tie the pattern for the general public. It was tied and named for Alfred French, a frequent visitor to Upper Dam. French was the manager of the American Thread Company in Willimantic, Connecticut.

He will give you half a dozen great leaps—no fish in quiet waters jumps higher or more often—make several rushes that start your reel singing, then bore deep, until your rod tip plunges beneath the surface. —Lawrence R. Koller, The Treasury of Angling

Whether cast from wading along a stream or trolling from a boat, the landlocked salmon provides great sport. It is true that every region, as Koller also said, has its own idea concerning what lures are the most attractive to this gamefish. Carrie Stevens created several streamers that seemed to do the trick in her time; the Blue Devil was among them. It’s a striking pattern.

The “Bumblepuppy” is great medicine—there is no doubt of that, after years of trial. Attach a well-made specimen to the end of your cast and play it in clear water. You will see at once that it is very much alive and shows up wonderfully. —Theodore Gordon, The Complete Fly Fisherman

In 1898, Fred White fished with Gordon on the upper Beaverkill. In 1936, while editor of the Anglers’ Club Bulletin, White described Gordon’s use of the Bumblepuppy as a “teaser” pattern. Once the trout were interested and aroused, Gordon clipped off the fly and then switched to a smaller pattern to complete the catch.

If there is any type of fly on which you can let your imagination run riot with the sky as the limit and with a good chance of success, try a streamer. —Albert G. Shimmel, “Standby Streamers,” Pennsylvania Angler

As Albert Shimmel so aptly stated, there’s no limit to your imagination when it comes to streamer design. This long-hook-shank Cains River pattern is a good example of something that could be defined as creative art. The use of both red and yellow hackles is striking; the pattern’s flat silver tinsel adds flash and attractiveness. Regardless of a streamer pattern’s purpose to attract fish, streamers such as this one can be described simply as fishing gems.

Colonel Bates’s many magazine articles about Carrie helped her sales and contributed to her popularity, and in later years, his books ensured her a place in sporting history. —Graydon and Leslie Hilyard, Carrie Stevens

The striking Colonel Bates streamer, a pattern from the hands of Carrie Stevens, was originally named the Captain Bates. Once Joseph Bates was promoted to colonel, Stevens renamed the brightly colored pattern. While it is a good landlocked salmon pattern, the Colonel Bates is also a highly effective bass streamer. It’s often tied in smaller hook sizes and successfully fished for trout.

He [Dan Bailey] remembered the Bumble Puppy that Theodore Gordon used so long ago for big trout. Just as an experiment, Dan took the Muddler and crossed it with the Bumble Puppy, and the White Muddler was born. —Joe Brooks, “Best All-Round Trout Fly,” Outdoor Life

V. T. Hamlin, creator of the Alley Oop comic strip, loved this pattern on his favorite Montana streams. He used the fly in his October 24, 1956, strip, which portrayed a leaping trout with the fly hanging out of its mouth. It was renamed the “Missoulian Spook” because Hamlin first fished it near Missoula, Montana.

Read Next: Tie Massive Bucktail Flies for Pike and Muskie

Ernest Viner has been a New England fisherman most of his life. As a young man, he settled in New Hampshire, and while working as a guide he had the opportunity to fish most of the lakes in that state. —A. J. McClane, “Favorite Flies East to West,” Field & Stream

Viner received well-deserved national exposure when three streamers tied by him appeared in McClane’s 1967 article. Among the three was the Parma Belle, a colorful red and white pattern that Viner liked to use in upper New Hampshire and Maine. Viner started tying in the 1950s, and by 1963 he had amassed such a collection of fly-tying materials that friends and neighbors pitched in to help build a small workshop near his Concord home.

Read Next: Great Old Gear: 14 Vintage Outdoor Tools That Have Stood the Test of Time

We found one pool at the foot of a long run that looked rather interesting, so we decided to try it, against the dim, small voice that whispered, “You’re wasting your time.” We tied on a Warden’s Worry, the streamer that seemed irresistible to Paul Townsend’s big trout, and to our great surprise took a ten-inch brown on the first cast. —Raymond R. Camp, “Wood, Field & Stream,” New York Times

It was the opening of New Jersey trout season on that bitter day in 1940. The wormers were doing just fine, despite the conditions on the Metedeconk, but the Warden’s Worry beat the odds, too. Streamers can sometimes do that in early season angling. It is often tied with a fuzzy body.