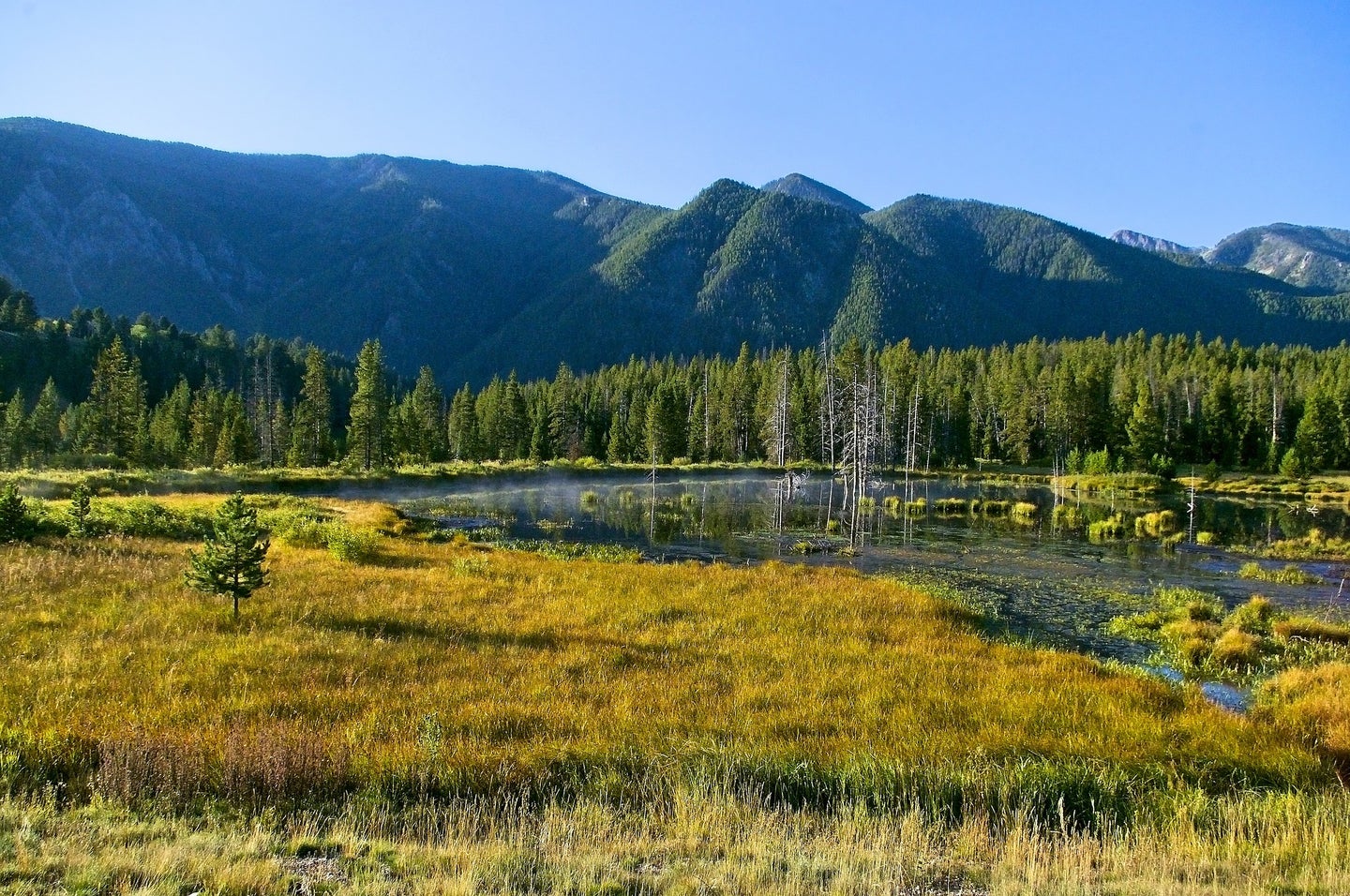 The Madison River hosts one of the best salmonfly hatches in the West. Mike Goad/Pixabay
SHARE

No dry-fly hatch in North America incites as much frenzy among trout flyfishermen as the emergence of Pteronarcys californicus —the giant stonefly (a.k.a. the salmonfly, a nickname that comes from the orange color on the thorax), in the Western trout rivers of the Rockies. It’s a season of gluttony that stretches from late spring to midsummer, with exceedingly bad table manners exhibited on one end of the fly line, and ecstasy or despair on the other. For the trout, it’s a matter of gobbling all they can stomach in the shortest time, because in any one stretch of river the hatch lasts no more than a few days. But a fisherman who possesses a sense of adventure and four good tires can nurture his own brand of madness for a month or more, hopscotching from river to river as the insects make their appearance.

This circuit of Montana and Idaho rivers will put you on the track to success, but keep in mind that no one wakes up in the morning knowing exactly where the bugs will be. As long as you realize that the chase is part of the fun, you’ll have the time of your life.

The Henry’s Fork is one of the first rivers to swarm with salmonflies, with peak emergence on the rough-and-tumble Box Canyon stretch often coinciding with Memorial Day weekend. If you’re looking for trout measured in pounds, this is the place to be. I prefer to fish the canyon on foot, because there’s little time to thoroughly fish the pocket water from a boat. But wading here is not for the faint of heart. Unless you’re willing to chase a big trout downriver by scrambling along the boulder-choked banks, you probably won’t land him.

This is the smallest of the salmonfly rivers with bugs that rival hummingbirds in size. The hatch progresses from the mouth, where Rock Creek empties into the Clark’s Fork River, up through a wilderness section paralleled by a potholed gravel road. It takes an alert oarsman to negotiate Rock Creek’s tight turns and stream hazards, which include fallen trees that can dam the river from bank to bank. The trout are on the smallish side, but there are plenty of them.

The salmonfly hatch flashes like lightning up this river, all the way from Brown’s Bridge to Wise River and beyond. More than other streams, the Big Hole breaks the rules, with emergences popping up here and there instead of progressing upstream in orderly fashion. Visitors need to be aware that the two most popular floats, from Wise River to Divide, and from Divide to Melrose, are closed to floating by out-of-staters and guides on alternating weekend days.

The first salmonflies show up in the Beartrap Canyon, a primitive hike-in area on the lower river. Floaters take their turn in the 440-mile section from West Fork to Ennis. Last year’s hatch was remarkable, with salmonflies trickling off over a six-week period.

Salmonflies emerge over a 100-mile stretch of the Yellowstone, from below Livingston all the way up into Black’s Canyon inside Yellowstone National Park. Compared to most rivers, the progression of the flies is fairly predictable, but water conditions aren’t. During high-runoff years, the river can be too muddy to fish until after July 4.

The South Fork is the last stop on the salmonfly circuit, and its fish-a healthy mix of cutthroat, brown, and rainbow trout-are often the most cooperative. Like the Yellowstone, this is big water, best fished from a boat. Unlike the Yellowstone, it can usually be counted on to run clear. The canyon stretch from Conant Valley to Burns Creek offers spectacular scenery along with the chance to take trout that push 10 pounds.

How to Fish for Trout During a Salmonfly Hatch