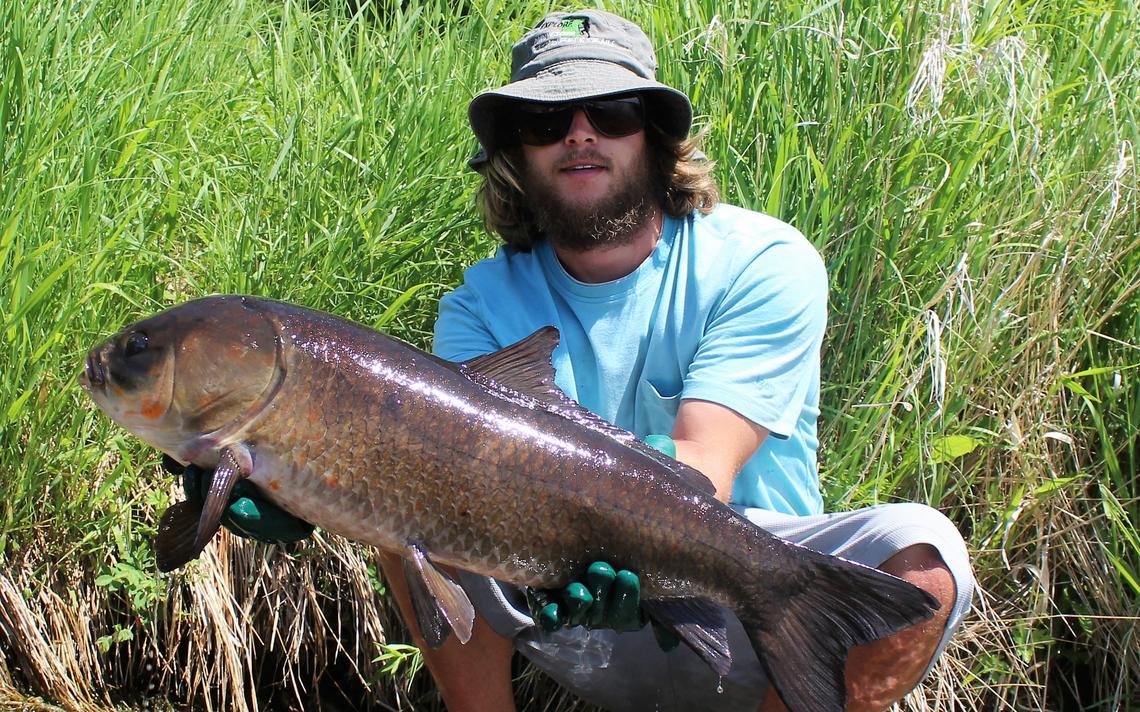 While completing his doctoral dissertation, Alec Lackmann from Detroit Lakes, Minnesota, caught a 112-year old bigmouth buffalo. Lackmann, a North Dakota State University researcher, was examining overlooked fish species. While fishing in Otter Tail County’s Crystal Lake, he came across a freshwater fish native to Minnesota—the bigmouth buffalo. He and his colleagues found five similar species that were caught in the state. They took samples from each fish’s otolith—a ringed growth located within the skull. Each otolith has a different shape that helps the fish with hearing and balance.

After careful examination, the students determined that the bigmouth buffalo were over a century old—and one female caught in Crystal Lake near Pelican Rapids was 112 years old, making it the oldest freshwater fish on record.

According to the Perham Focus, Lackmann “became interested in researching this species out of curiosity. I am generally interested in ichthyology [the study of different fish species]. I am naturally interested in bigmouth buffalo because they are such a mysterious species, with so little study regarding their general biology.”

The interesting part was that the researchers found that over 80 percent of the fish from the Pelican River Watershed were more than eight decades old. The species was previously thought to live a maximum of 26 years, thereby leading to a wide reaction from the general public.

Bigmouth buffalo have the reputation as a “trash fish” among many angling circles, but their “rib” meat is delicious. Their populations have been declining in Canada, North Dakota, and Minnesota since the 1970s.