At more than 4.5 pounds, this giant of a crappie will likely shatter a 46-year record 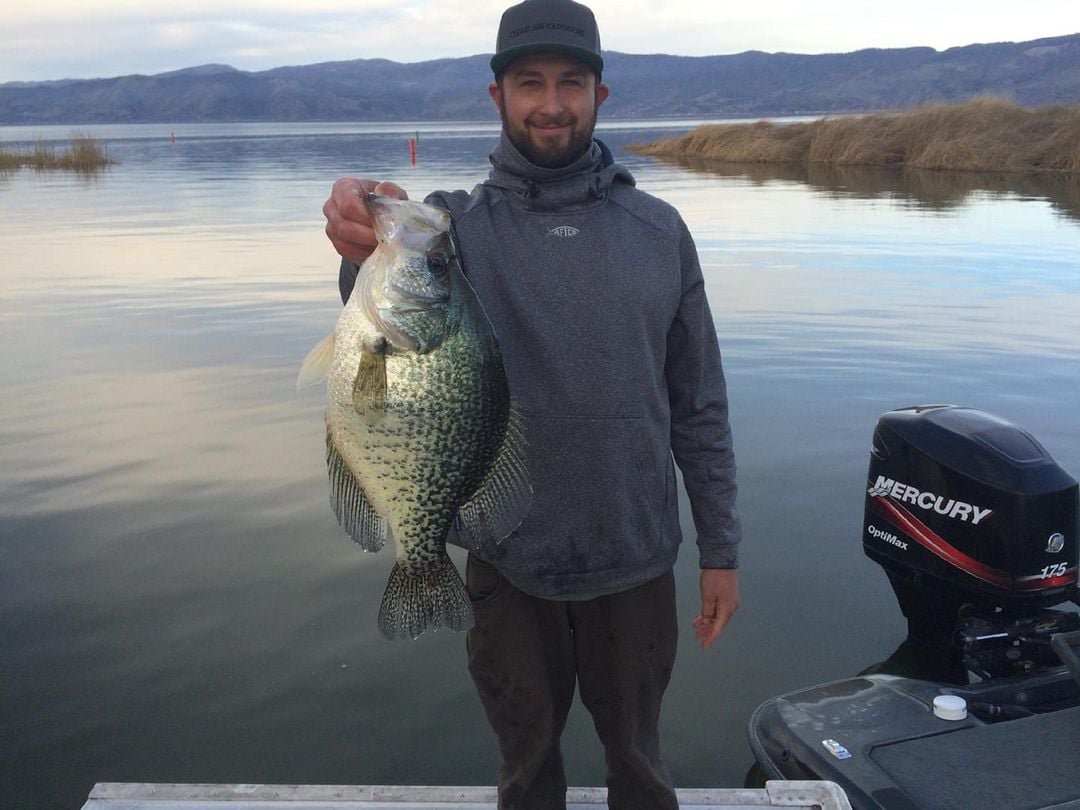 Pending certification, a California fisherman’s 4-pound, 5.44-ounce black crappie will become the new state record. If certified, the slab will break the previous record of 4 pounds, 1 ounce that has stood for 46 years.

Read Next: The 15 Biggest Crappies of All Time

Dave Burruss, the owner of Clear Lake Outdoors in Lakeport, California, was fishing on Feb. 17, 2021. Conditions were partly cloudy and 58 degrees. According to the Lake County Record-Bee, Burruss said, “It had been a slow day bass fishing, but I saw a few bigger fish on the Garmin Livescope that I thought were maybe bass. But these fish were suspended 6 to 10 feet deep in 25 feet of water. They ended up being huge crappies. There were two other crappies with this fish the same size that I couldn’t get to bite. I used a 4-inch Keitech Easy Shiner on a Cool Baits Down Underspin. This fish is headed to the California Clear Lake biologist for more detail about its age and genetics. Then it will be mounted and put in my store for people to come see up close.”

The previous California record for black crappie was set in 1975, by Wilma Honey who was fishing in New Hogan Lake. Honey’s fish weighed 4 pounds, 1 ounce and measured 17 ¾ inches in length and had an enormous 16-inch girth. The current world-record black crappie, certified by the International Game Fish Association (IGFA), was caught by Lionel “Jam” Ferguson on May 15, 2018. Ferguson was fishing Tennessee’s Richeison Pond, and the IGFA certified his 5-pound, 7-ounce catch as the new, all-tackle world record black crappie.

Read Next: How to Fish for Crappies Using Live-Scoping Sonar

The black crappie that Burruss landed this month isn’t the first monster slab that’s been caught in Clear Lake. Back in May 2018, another angler hooked a 4.4-pound crappie from the lake. That fish, however, was never weighed on a proper scale nor submitted to the Department of Fish and Wildlife for certification.