How to Catch Ice-Out Smallmouth Bass In Early Spring 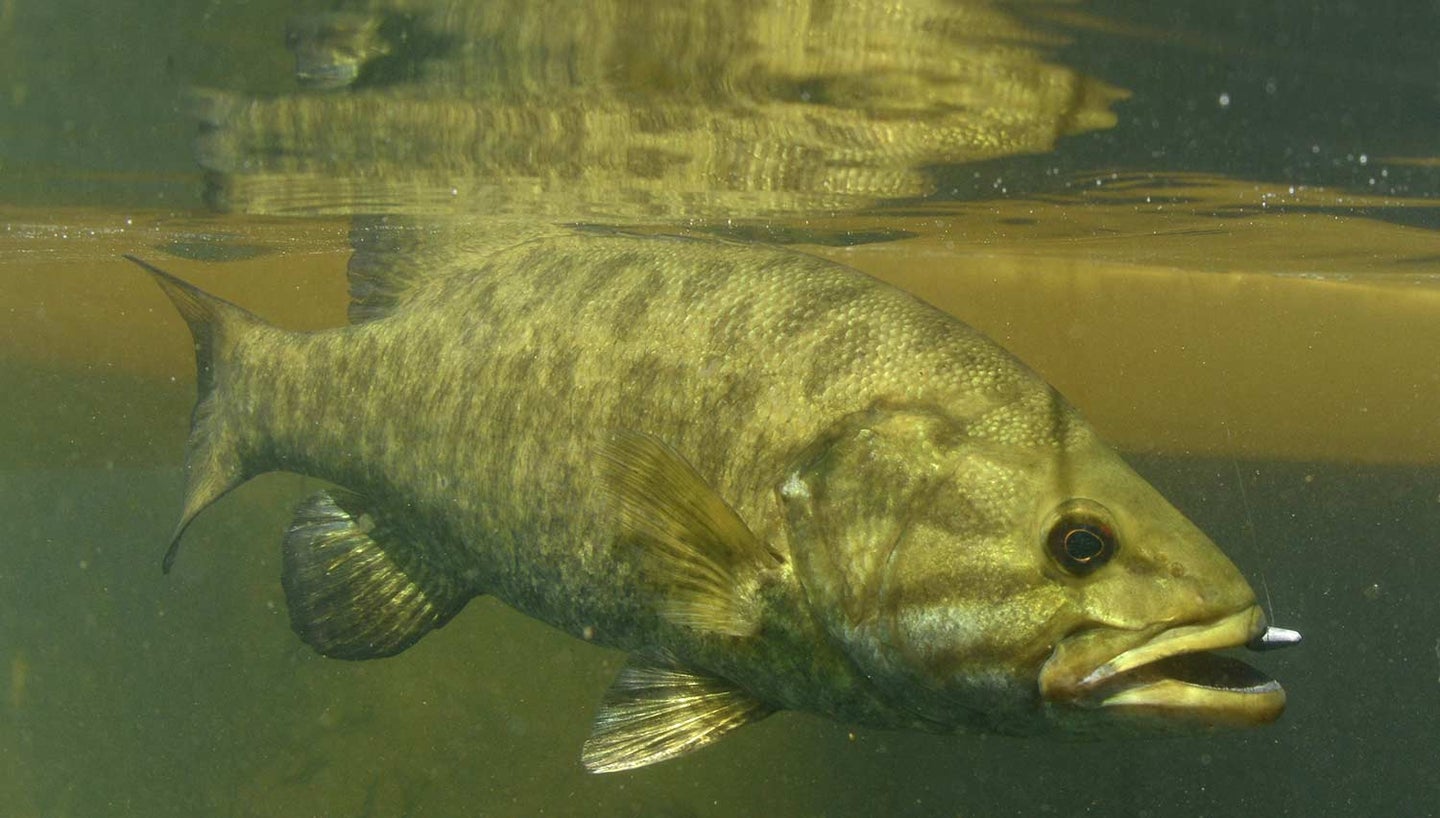 Connecticut Bassmaster pro Paul Mueller loves fishing for cold-water smallmouth bass in the fall when the fish put on the feed bag and blast lures like charging linebackers, but he often finds the same water temperatures in the early season to be perplexing. “The early spring is definitely harder than the fall,” Mueller says. “A lot of that has to do with the fact that they’re affected by cold fronts. If it starts to get stable, they’re easier to catch.”

On his home lake of Candlewood in Connecticut, where Mueller fishes for smallies year-round, even through the ice, the critical movements that bass made immediately after ice-out are in lockstep with the bait. Later in the spring, Mueller will look for big perch moving into shallow areas to spawn, and he notes that the biggest smallmouth will be right on their tails. “A big fish doesn’t want to expend any energy,” he says. “They need a big meal to get their eggs to develop and a big perch up shallow is an easy meal for a big fish.” For most of the smallmouths, though, and particularly right after the ice thaws, he’s laser-focused on finding the high-protein alewives that make up the majority of a smallmouth’s diet.

Mueller will spend time locating the most prolific and tightly-concentrated population of bait before he ever makes his first cast or drop. The alewives can be in any part of the lake, at any depth, but Mueller’s usual starting points are offshore structure, such as areas adjacent to humps, deeper flats, and some points. The baitfish can also be in the “middle of nothing,” but it’s non-negotiable that they have access to deeper water. If there’s any vegetation, or areas that traditionally hold vegetation later in the year, Mueller will focus on those too, trying to find their intersections with harder bottoms like rock piles and road beds. If there’s not vegetation, he prefers areas where the contours transition from steep to gently tapering.

Mueller does very little traditional downward-focused graphing anymore, and instead takes advantage of Farmin’s Panoptix Livescope system of forward-looking sonar. “I’ll drop the trolling motor and scan, and you immediately know if the bait is there.”

If it’s been a comparatively mild winter, and the perch move up quickly after ice out, Mueller will fish a hair jig. He uses either craft hair or marabou molded on a Do-It Aspirin head, and it’s always black. “You don’t need any other color,” he says.

While the smallmouths might be hungry after a winter of comparative inactivity, that doesn’t mean that they’re careless or indiscriminate. Mueller uses light line to ensure minimum visibility and maximum action for the morsels on offer. He uses a medium-light Dobyns Rods 7-foot, 4-inch spinning rod and spools his reels with a line combination that maximizes casting distance, feel, and stealth. That meals Gamma Torque 15-pound braid with a long leader of 8- or 10-pound Gamma Edge fluorocarbon. With that combination he can feel the slightest tick and engage a solid hookset no matter how deep the fish is living.

Typically, this is not a time of year when Mueller expects to get lots of bites. In the fall, the rampaging smallies might gang up on bait in huge numbers and go to town. But now it’s all about trophy-class fish.

“If you’re facing water temperatures that are 38 or 39 degrees and you find fish under suspended bait baits,” Mueller says, “you may only catch seven to nine fish a day—but your best five may weigh 22 or 23 pounds. It’s just big ones this time of year.”