Hooking into a 7-foot, 294-pound fish is one thing. Then you’ve got to get the monster into the boat 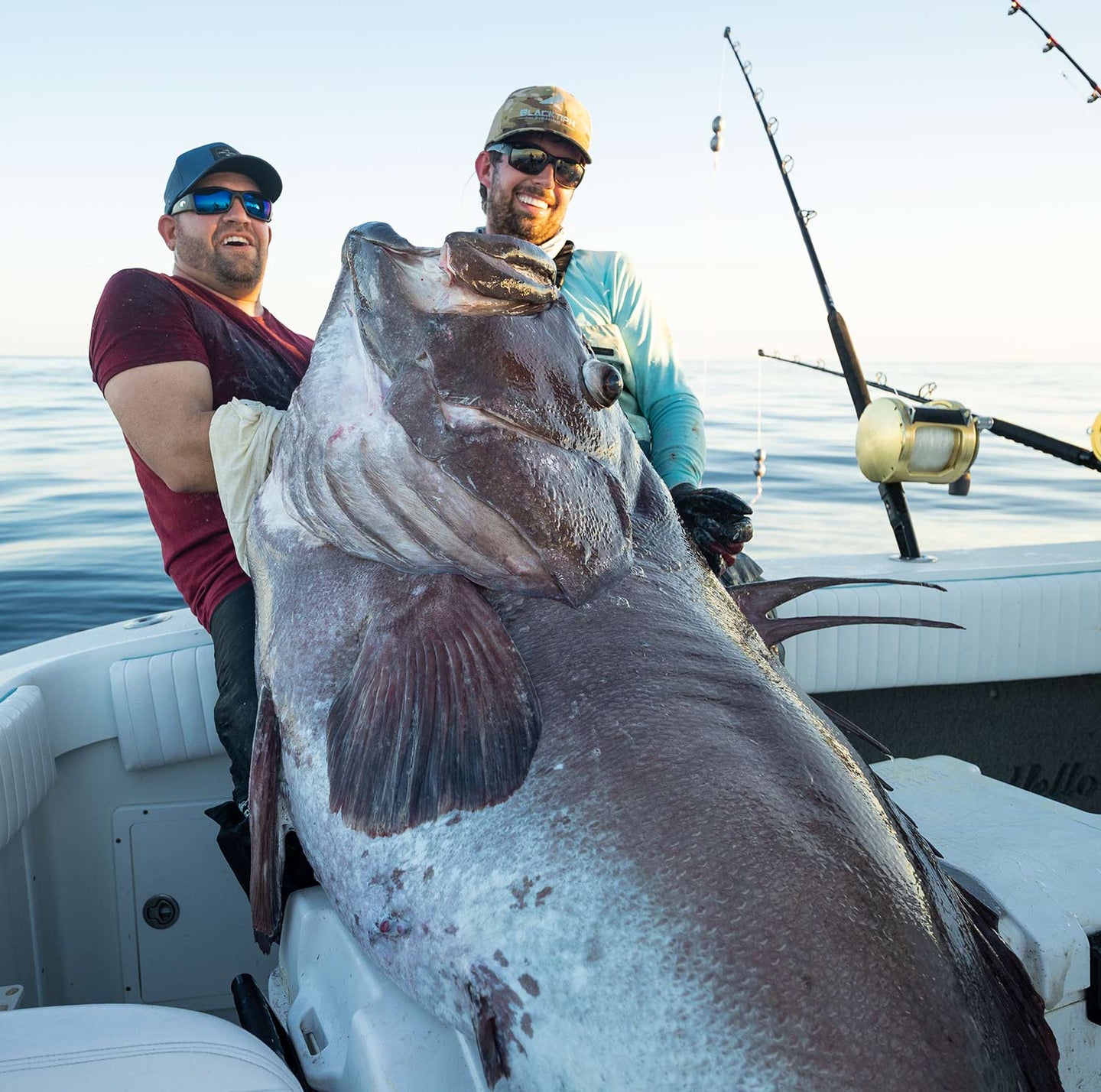 While fishing in the Gulf of Mexico, some 100 miles from the Fort Myers coast, two Florida anglers landed a rare, 7-foot, 294-pound Warsaw grouper. They caught the grouper as they were fishing near a coral reef in 400 feet of water.

Charter Captain Jason Boyll, pro angler Joshua Jorgensen, and a crewman motored from Fort Myers aboard Captain Gord Daniher’s 43-foot vessel. After a four-hour run, Daniher stopped at a spot called Pulley Ridge where Boyll dropped a banded rudderfish 400 feet to the bottom. Within five minutes, he had a hit.

Boyll fought the fish for 10 minutes, bringing him 150 feet off the bottom. The fish totally exhausted the captain who passed the rod to Jorgensen. Ten minutes later, Jorgensen brought the fish to the surface. When the crew saw the size of the fish they went wild. “It took both of us to reel in this monster,” Jorgensen said.

According to the Florida Fish and Wildlife Conservation Commission and the Gulf of Mexico Fishery Management Council, there is no size limit on Warsaw grouper and the recreational season is open year-round. However, in a Facebook post from Jan. 2020, after another giant Warsaw was caught, the FWC stated that it “does not encourage the targeting of Warsaw grouper since the status of the population in the Gulf is unknown.”

But the fun really began when the crew tried to bring their catch into the boat. “It was a monster! One of the largest ever caught,” Jorgensen, owner of BlacktipH Fishing, said in a news release. “The fish floated to the surface and we all started screaming. We didn’t realize how difficult it would be to bring this fish in the boat. It took four grown men to lift the fish over the gunnels.”

The anglers were filming an episode for Jorgensen’s YouTube channel, BlacktipH Fishing. They targeted the Warsaw grouper because they are known to be one of the hardest fish to hook and land. Measurements taken back at port show that the fish was 7 feet long, had dorsal spines that were 2 feet, and weighed 294 pounds. An estimated 10 percent of the fish’s weight was lost during their long run back to port.

While the Warsaw grouper is big and rare, it is not the largest grouper. The Goliath grouper can weigh as much as 800 pounds and lives in the Atlantic Ocean.