Talk about a wicked tuna? The waters of Outer Banks just produced a bluefin tuna of a lifetime 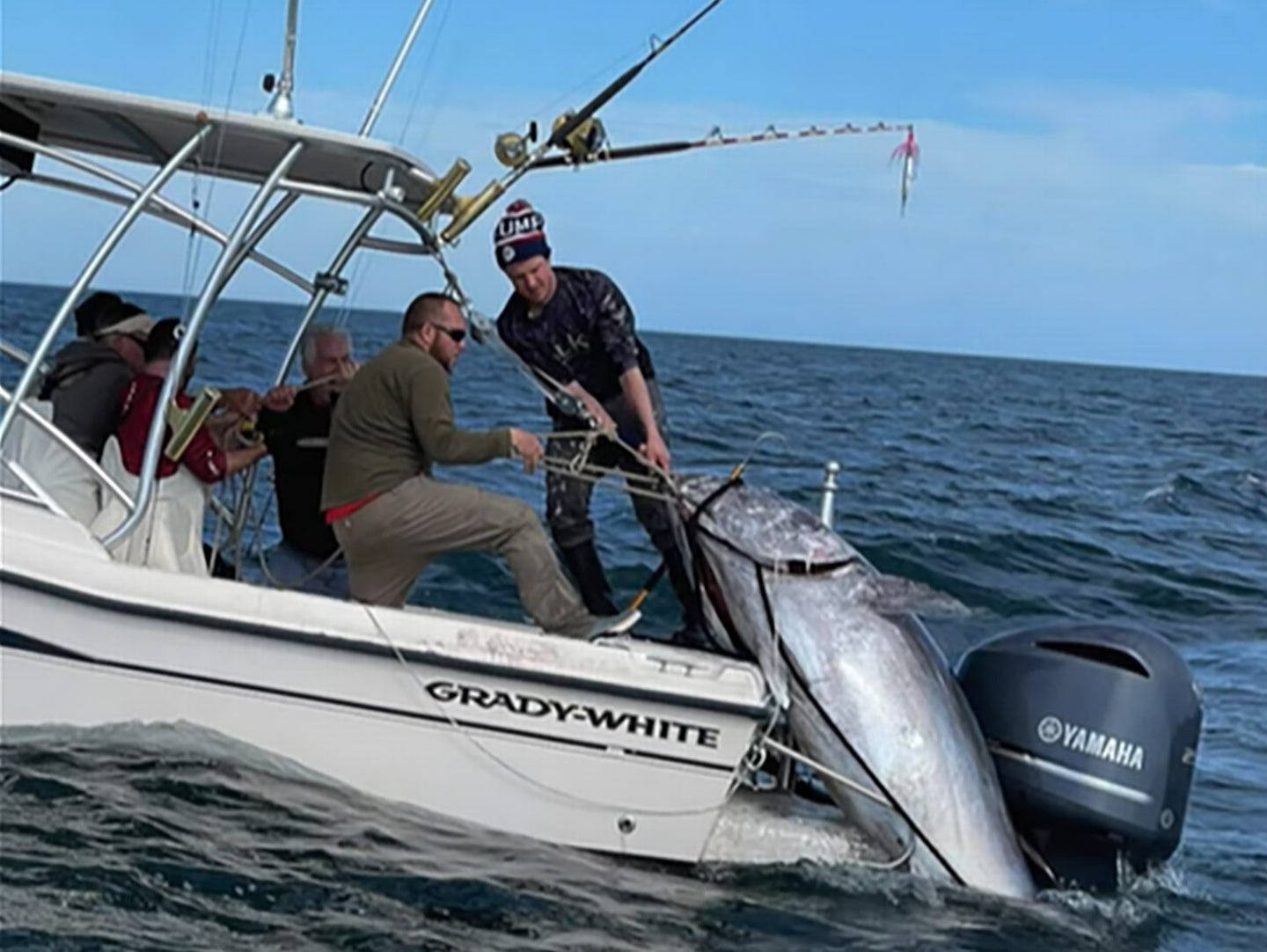 It took 2 hours for Josiah Van Fleet and team to get this grander bluefin into the boat. Van Fleet
SHARE

While fishing off the North Carolina coast, a Virginia angler and his 9-year-old son landed an enormous, “grander” bluefin tuna. According to Southeastern Marine, the tuna was 114.5 inches long and weighed close to 1,000 pounds. The fish’s weight was uncertified as the scales at the Oregon Inlet Fishing Center were broken.

On February 24, 2021, Captain Josiah Van Fleet, of the Happy Fleet, and his son, Zeke, went on a father-son fishing trip. They climbed aboard their 22-foot Grady-White, left the dock at 4 a.m., and ran 45 miles offshore. They trolled for an hour, and by 8:15 were hooked up.

Read Next: 15 of the Biggest Fish Ever Caught

Van Fleet knew they were into a big fish, but he had no idea how big. “When we were reeling the fish in, about three-quarters of the way through, our reel actually broke, and it would no longer turn,” Van Fleet told WAVY.com. “And so we had this 1,000-pound fish on the line. And we actually had to take another reel, tear off a ton of line real quick, and re-crimp both those lines together—all while the fish was on there. It was insane.”

Van Fleet said they never thought about giving up during the struggle. “No, not once,” he said. “No, we were gonna fight that thing until the end. Even if it took us into the nighttime. I mean, there’s no way.” The fight lasted two and a half hours, but it took another two hours to get the fish in the boat. “I think we are still in shock about this whole story,” Van Fleet wrote on Facebook. “I honestly think it was just a divine moment at just the right time. I definitely believe in prayer. And just when you least expect it this happens.”

Based on the tuna’s near 10-foot length, members of the United States Coast Guard estimated the tuna’s weight at around 1,000 pounds. If weighed on a certified scale, the Van Fleet’s tuna would have broken the state record set in North Carolina in 2017 at 877 pounds. When asked what he did with the fish, Van Fleet replied: “Split it up, and blessed Virginia.”