How to Catch Crappies All Summer Long 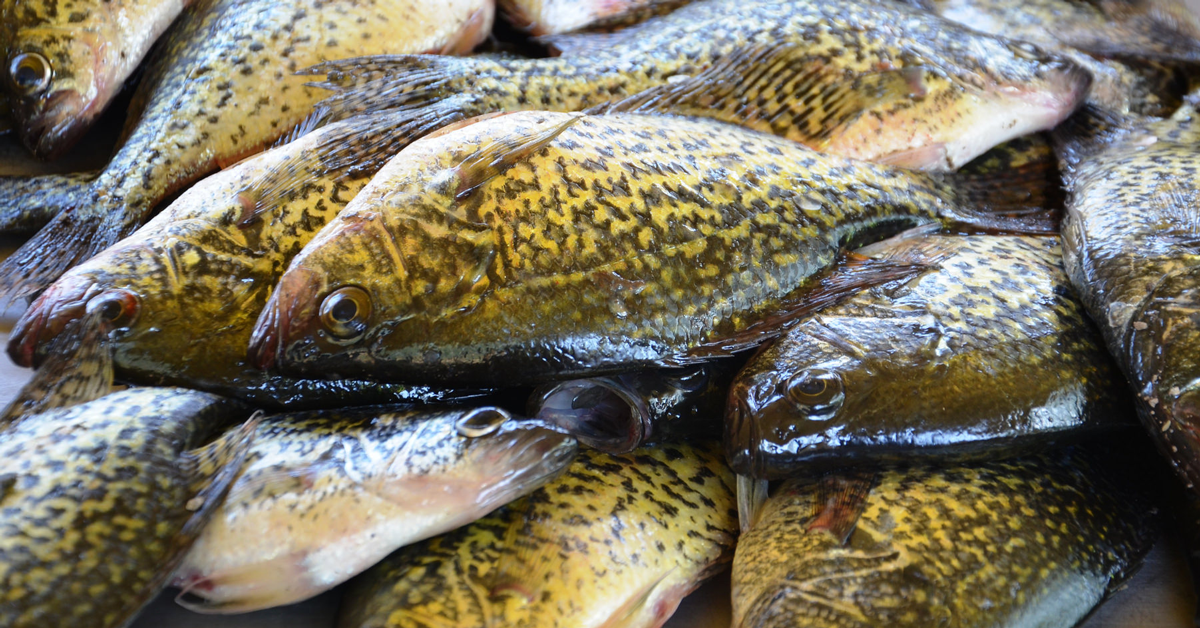 Although their behavior is different than in the spring, crappies will hit a variety of baits during the summer. Baker County Tourism/Flickr
SHARE

Remember how awesome the crappie fishing was during the spring? The fish were spawning, bunched in the shallows thicker than fleas on a hound. You were catching slabs off stake beds and brush piles in every bay, cove, and flat. Then suddenly, just like somebody pulled the plug, it was over. Now you’re figuring it’s time to stash the crappie tackle until next spring.

Hold on. Even though the spawning bonanza has passed, there’s still plenty of great crappie action out there if you change your tactics. After the spawn, crappies follow submerged creek channels out of reservoir tributary arms toward the main body of the lake. Although they’re unlikely to be packed together now as they were during the spawn, they’re still in predictable places and respond eagerly to live bait and lure presentations. Here’s how to find these summer hangouts.

Troll small crankbaits, like this Bandit 100, along drop-offs for post-spawn slabs.

When lake temperatures reach about 75 degrees, postspawn crappies will be scattered along the first dropoff they encounter adjacent to their bedding areas—12 to 18 feet deep is typical. These fish will be suspending now rather than holding tight to the bottom, so your best approach is to cover a lot of water by slow-trolling small crankbaits like the Bandit 100 and Bomber Model A. Target the deep ends of gravel flats, major points at tributary mouths, and creek-channel drops.

First scan these areas with your sonar and put marker buoys along channels and ditches to chart your route. Using soft-action baitcasting rods and 8-pound abrasion-resistant line, troll between 1.5 and 2.5 mph in a lazy S pattern, alternately sweeping the open water over the channel and banging bottom on top of the drop with your lures. When a fish strikes, don’t grab the rod and set the hook—crappies aren’t called “paper-mouths” for nothing, and a hard hookset may rip out the hook. Instead, pick up the rod and just start reeling. The strike is usually sufficient to bury the hook. Don’t forget to take along a plug knocker to retrieve crankbaits that hang up in brushy cover.

With the lake topping 80 degrees, crappies will most often be hanging around deep creek and river channels. Look for them to be suspending near, or holding tight to, stumps, brush piles, and flooded standing timber adjacent to channels in 20 to 30 feet of water. Mark channel drops with buoys, then probe for crappies using a Kentucky rig (with basically consists of a bell sinker at the end of the main line with two dropper hooks above). Use cheap 30-pound mono as leaders off of the main line. The stiff, springy leaders will keep the two baits—whether you’re using minnows, jigs, or tube baits—from tangling. A bow-mounted sonar with the transducer attached to the trolling motor will help you stay on target. Lower the sinker straight down into bottom cover and s-l-o-w-l-y reel it up, repeating as you progress along the channel. July crappies often suspend in a tower formation, and this presentation will catch fish from 30 to 10 feet deep.

Even if lake temperatures exceed 90 degrees, you can still catch crappies by keying on offshore humps (submerged islands). Target those no shallower than 15 feet on top, especially if they rise out of deep water near a flowing channel. Crappies gravitate to the peak of the hump to feed on baitfish when current is being generated from the upstream dam, then they drop back to suspend off its deep sides once the turbines shut down.

Idle over the structure, marking it with buoys. Move to open water, let out about 40 feet of line with a Kentucky rig on the business end, and head back to the spot with your trolling motor, dragging the rig behind your boat. When you move across the hump and feel the sinker hit bottom, speed up slightly; if you haven’t felt the sinker drag for several seconds, slow down until you do.

Crappies suspending in hot water can be maddeningly slow to bite. When you spot a school on your sonar, you may have to approach it from several different directions to entice a strike. A sudden change of speed can also trigger a bite. As the rig passes near the school, either speed up your trolling motor to quicken the presentation, or kill it so the rig sinks. Find the right combination, and you can get two hookups at once.

Read Next: The 9 Best Crappie Lures Ever Made

Minnows fade quickly in the heat, so switch to tube baits. Look for towers of suspending fish at dropoffs down to 30 feet and probe them vertically with a Kentucky rig.

Wave action creates cloudy water perfect for ambushes, and crappies emerge from channels to prey on bait feeding on windblown plankton. Head to banks with nearby dropoffs and slowly swim a small white or chartreuse twister jig.

Under clear skies, crappies retreat from piercing UV light in brushy cover near channel drops. Fish straight down into the thick stuff with a Kentucky rig.

Before a storm, crappies school up to bird-dog wandering baitfish. Make multiple passes over channel drops until you find them on your graph, then troll crankbaits or slow- drift jigs through the school.