How to Fish for Seatrout at Night 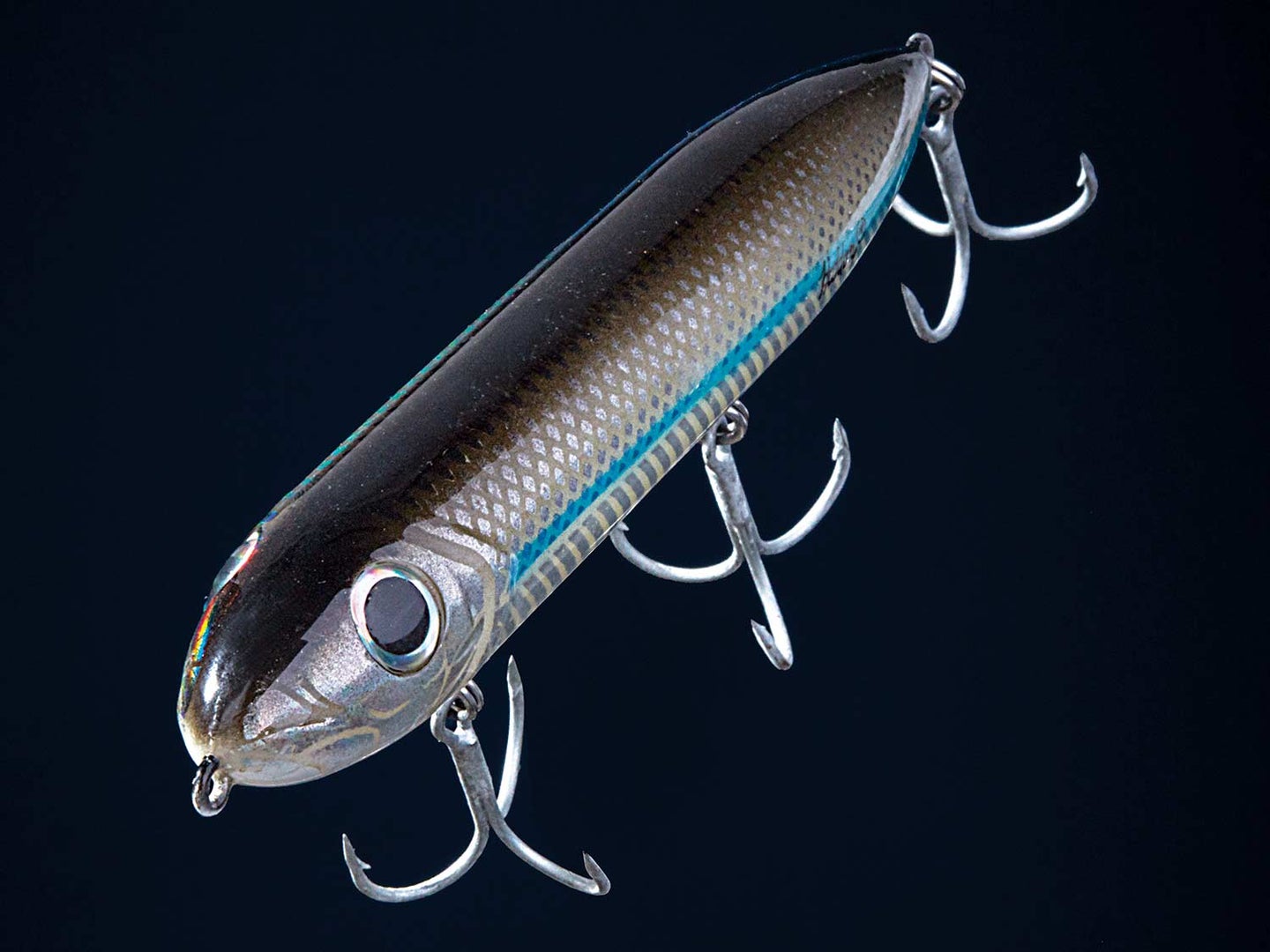 Loud Spooks are staples for hunting seatrout after the sun goes down. Elisabeth Burrell/Alamy
SHARE

The coyotes were east of us, running through the salt grass and ragweed that make up much of coastal South Texas. There wasn’t a breath of wind or ripple on the water, which helped amplify the howls that reverberated across Baffin Bay. The eerie cries of the distant pack mixed with the sharp pops and sucks of seatrout hitting mullet all around me. It was very strange music to this Jersey boy—a cacophony of surf and turf.

The only safe place to throw was straight ahead. Capt. Sutton Schoon­over and my friend Darren Jones were flanking me as we waded, but it was so impenetrably black, I found it impossible to know exactly where they were. I could only vaguely gauge their positions by the whoosh of their casts and the thrashing of trout pinned on their topwaters. All I had to go on were sound and feel. I had no idea when my Spook would get hit. Sometimes the rod would load up after a few twitches; at other times, the trout smashed it so close, I jumped. It was one of the most intense night-fishing experiences of my life, and one that I came very close to missing.

Jones and I had already been wading all day in miserable March wind and rain for a handful of small trout. A whiskey and a La-Z-Boy at Baffin Bay Rod and Gun sounded right. Then 29-year-old Schoonover strolled into the lodge and announced that he was going out solo for the evening if we cared to join. Jones and I grumbled, but then we looked outside. The wind had dropped, and the rain had stopped. I stepped out onto the porch. I’m sure it was an illusion, but the air felt 10 degrees warmer than it had been earlier. Schoonover, brimming with confidence, flashed a few tantalizing selfies with some big trout from the night before. We grumbled some more, but if he pounded them while we couch-tripped, we would have hated ourselves in the morning. So we put our cold, saturated waders back on.

Baffin Bay is famous for its trophy seatrout, but Schoonover is one of the relatively few anglers who wades for them in the dark. He can do it because he knows the shallow bay and its many navigation hazards by heart, having been fishing here since he was 11. The hyper-saline water in Baffin also keeps big sharks away, making night wading safer here than elsewhere in the country. Schoon­over’s plan was to target a bar in the middle of a vast 3-foot-deep flat. He stopped the boat a quarter-mile short of the target.

“I don’t want to get any closer,” he said as he slid into the water. “We’re just going to walk slowly until we’re in range. From here out, don’t talk.”

We crept as the sky faded. When Schoonover finally started casting, Jones and I followed his lead. We’d not seen any signs of life on the approach, but it only took a few retrieves for the stark silence to be broken by a 22-inch trout erupting on Schoonover’s lure.

A few more fish came to hand in the final shreds of light, but when it burned out completely, tranquil Baffin Bay really came alive. Schoonover had told me that if I hooked a small trout to just keep working the lure and let the fish shake around on the surface. Don’t zip it in fast, because trout often get so competitive, a bigger player will take the bait out of a little one’s mouth. He called it “trading up.” I tried to remember the tip, but it was hard not to swing and crank when my Spook got rocked.

It may have seemed like Schoon­over simply knew where the fish were, but there was more calculation in getting us here than met the eye. He had strategically stopped the boat down-current of the bar so the mud we kicked up wading wouldn’t flush toward the fish. We advanced at a crawl to avoid making too much surface disturbance. No turning on headlights unless absolutely necessary. Getting a piece of this action hinged on the trout not knowing we were there, and even when you nail that part, you can’t hide for long.

The sound of a struggling trout isn’t natural. Inevitably, in the heat of the moment, someone’s going to blurt out “fish on” louder than they should. Just the act of fishing lets the fish know you’re there, and within a half-hour of darkness, the mullet sprays began to peter out. The frequency of the trout pops dimmed until all that remained was the clacking of our lures and the howling of the coyotes. We would be carrying on back at the lodge long into the night just like that pack, re-­energized by such a satisfying feed.

Size and color are critical factors when selecting any lure, but if Spook-style topwaters are on the menu, watch your tone too. The number and size of internal metal balls determine the volume, bass, and treble output of the lure, and Capt. Sutton Schoonover says he’ll often switch baits based on tone before size or color. Seatrout may be his primary target, but dialing in the frequency is just as important for everything from smallmouths to stripers.