Theron Thompson, along with his father and friend, were on a mad dash to get the new Montana record fish certified on a supermarket scale 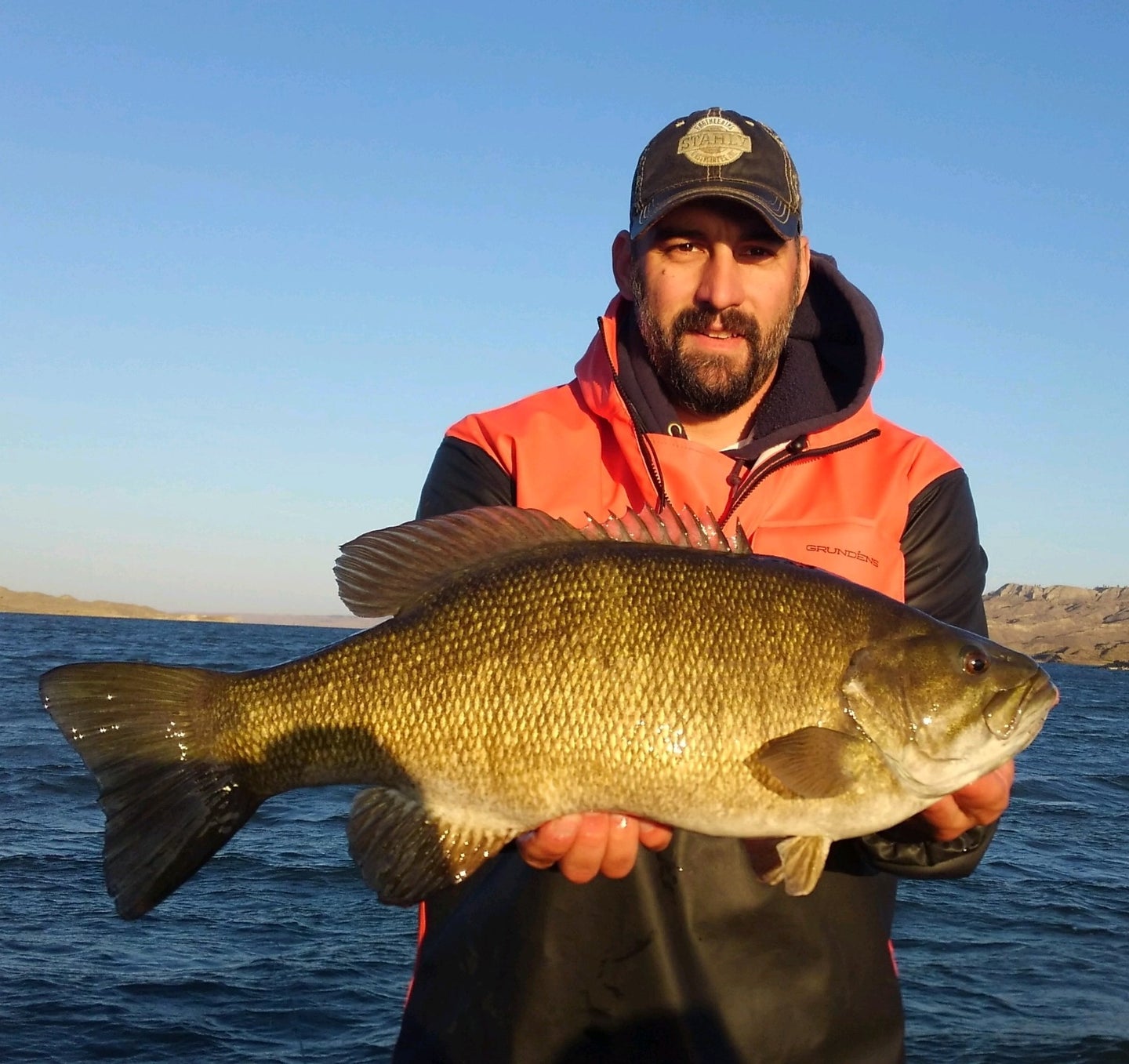 Montana anglers have been on a record-breaking spree of late. An enormous 32.43-pound brown trout recently shattered a state record that was set in 1966. And now, the state record for smallmouth bass has been bested. The new state record fish caught by angler Theron Thompson tips the scales at 7.8 pounds.

Theron was fishing Fort Peck Reservoir in the northeast corner of Montana on October 3, 2020, with his father Jim Thompson and friend Nate Peressini when he tied into the massive smallmouth. Theron was using a custom ¼-ounce jig that Peressini had made for walleye, and was fishing it deep with a minnow on 8-pound-test line. Once hooked, the massive smallie attempted to go airborne, but its heft prevented it from breaking the surface—giving the anglers their first hint at the size. As soon as Peressini slid the net under the beast, he knew it was a good one.

A scale on the boat indicated the fish weighed 7 pounds, 10 ounces. But none of the anglers knew the existing state record, and they were out of cell range, so they couldn’t check. Agents from the U.S. Fish and Wildlife Service visited the group while on the water, but they weren’t aware of the current record either.

Thompson told the Billings Gazette that the fishing was so good at the time, he didn’t want to leave the lake to have the fish weighed, and the trio continued fishing until 5:00 p.m. But once the boat was on the trailer and the anglers reached an area with cell service again, Theron checked state archives for the current record: 7.51 pounds.

With that realization came a frenzied sprint to get the fish weighed on a certified scale into the record books. As soon as they hit Jordan, the nearest town, the group went to the only store and weighed it on the deli’s certified scale, confirming the fish’s record status at 7.8 pounds. But the scale lacked the ability to print off a receipt, and no officials from the state’s fish and game agency were present to verify the weight.

Theron dialed every number he found for Montana Fish, Wildlife & Parks offices. On the fifteenth attempt, he reached warden Frank Blundetto, but the official was on the far eastern edge of the state. The warden agreed to meet them at Reynolds Market in Miles City where they could use the certified scale.

Now the race was on, as the market closed at 9:00 pm. Once again, the trio hit the highway, burning up 80 miles of asphalt as fast as they could. The crew slid in just under the wire, arriving at the Reynolds Market just before it closed. The warden recorded the weigh-in on video and measured the fish, cementing Theron Thompson’s place in the record books.

David Hayes caught the All-Tackle world record smallmouth at 11-pound, 15-ounces on July 9, 1955 while trolling a lure in Dale Hollow Reservoir, Tennessee. There was some controversy surrounding the fish, but after nearly a decade of dispute and several polygraph tests, the record still holds. Dale Hollow Reservoir remains one of the best lakes for trophy smallmouth. But Thompson’s catch shows that giants can be caught even near the northern-most portions of their range—which is quite an impressive feat, considering that some biologists estimate the age of 3.5-pound smallmouths in northern waters are 15 to 18 years old.