Top 10 Most Unappreciated Fish to Catch on a Fly

From carp to mako sharks, these fish are a blast to catch on a fly rod 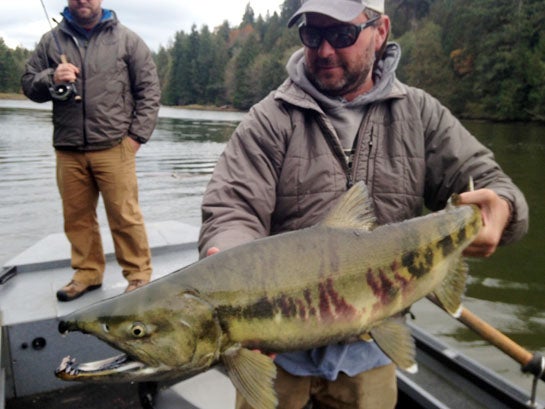 The fly-fishing world spins on an axis of trout. That’s a fact, for better or worse. It is what it is.

That’s not to say that people don’t pick up fly rods to go straight to the flats or to chase bluegills on a pond. But, I would argue that if it weren’t for the heck of a lot of people who get hooked on fly fishing by casting at trout – often stocked trout – there wouldn’t be as many people as there are now chasing bonefish, tarpon, salmon in Alaska, arapaimas in the jungles of Guyana, or anything else. It all ultimately starts with trout.

But as much as I love trout, there are many reasons why fly anglers should branch out to other fish. I have to say that I get a little sad when I think of the many great species that get overlooked. And some of these fish will absolutely up your all-around game. If you want to be a better trout angler, chase carp. They’re harder to fool. If you want to build some fish-fighting skills, try pulling on a shark with a fly rod. Trust me, that learning curve is a quick one. Even skills like learning how to work certain flies for trout get better when you work them on other species. For example, pike fishing can help you dial in on the streamer game, and figure out the strip-strike.

We all like our space. So if you don’t like dealing with crowds on a trout river, by all means spread out and chase something else now and then! You’ll find more solitude and you’ll open things up for other people.

So here’s my list of 10 “classic” and “worthy” species that still get ignored by the fly-fishing nation.

Yep, I said it. I know some of you think carp are already overhyped, but they’re still way, way too underappreciated. I know some of you will never concede that carp are nothing more than trash fish. You’re wrong. Carp are perhaps the best species to up your fly game. That’s my story and I’m sticking to it.

Same deal. Bluegills are not only the perfect “starter” fish, they’re also worthy quarry, no matter the skill level. Hot spring day. Standing on a dock. Throwing dries at bluegills in shallow water… Does it really get much better?

For all the time we spend chasing bonefish and tarpon, what’s wrong with the “poor man’s permit”? One of the best days I ever had saltwater fishing, anywhere, was throwing white Clousers at schools of cruising jacks, right off the beach in Naples, Florida.

Everyone says that pike are cool when they attack flies, but they are wimpy fighters. I guess they’ve never been to Lake Athabasca in Saskatchewan.

Yes, I said walleyes. And they can certainly be caught on flies, especially when they move into shallow water. If you think jigging with a spinning rod is fun, try improvising with a fly rod.

Underappreciated? Yes. More people love red drum for how they taste than how they eat and attack flies, and that’s not right.

To me, the sign of a good, healthy western river is catching a few whitefish every now and then on a nymph rig. Be honest… how many times have you thought you hooked a beastly brown, only to say, “Dang, it’s just a whitey”?

Read Next: How to Practice Your Panfish Fly Fishing Technique

8. Any Species of Shark

Makos are my favorite, of course, especially on the fly. But it shouldn’t be a catch-and-kill game just because these fish have an ability to bite back. Leave the testosterone at home, and realize that tricking and fighting a shark on a fly, and then releasing it, is a real angling accomplishment.

They jump. They fight. They flash. They don’t taste very good, unless you really know how to cook them, but I don’t care. I’ll respect any predatory fish that lives in the ocean.

”Dog” salmon. They aren’t considered the best table fare, and few people will ever fly to Alaska to specifically chase the dogs when they can go after kings, or silvers, or other more nobly named species. But look at that mug. Look at those teeth. There’s nothing wrong with pulling on a chum salmon.