The 13-year-old angler landed an estimated 55-pound blue catfish, but let it go before it could be certified 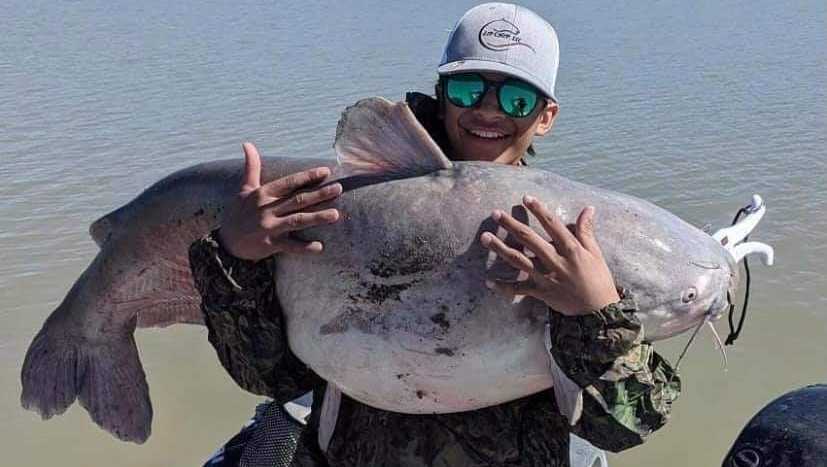 A New Mexico news station reports that a teenager has been credited with landing and releasing a 55-pound blue catfish. If the fish had been properly weighed and certified, it might have broken the current state record. Alonso Ordaz, 13, was fishing with his father in their boat on Elephant Butte Lake. He was using a cut bait shad with a Muddy River Catfishing Demon Dragon when he hooked the monster. Ordaz’s father weighed the fish on a scale he had in their boat, and the cat bottomed out at 55-pounds. They released the fish after reviving it.

Read Next: How to Fish for Blue Catfish

After learning about the enormous catch, the New Mexico Game and Fish Department said that the state record for blue catfish is 54.25 pounds, and that Ordaz’s fish likely would have edged out the record. However, since the fish was not weighed on an official state scale prior to release it was ineligible for a state record.

This is the second recent report of a potential state record fish missing the books due to a lack of certified weighing. Last month, Josiah Van Fleet caught a grander tuna off of the North Carolina coast while fishing with his 9-year old son. The scales at the fishing center were broken, and the father and son were left with a solid memory but not a state record.