The pre-spawn tees up some of the best bronzeback action of the year. Here are the baits you need to crush it 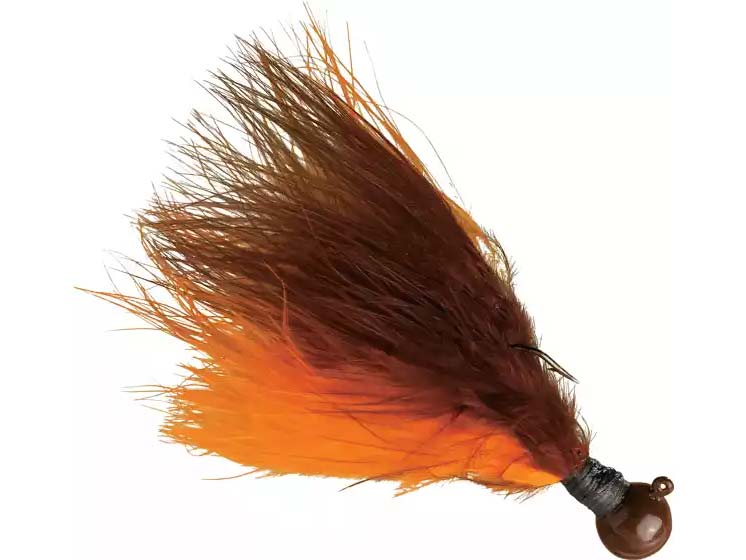 Right now, while it’s still a little chilly out, the hottest smallmouth bass fishing of the year is on, both for big fish and big numbers. Hungry bass that spent the winter suspended and sulking in deep water have moved shallow to chow down ahead of the spawn. On the right day, scrappy males will blitz fast-moving reaction baits, and as the big females bulk up, they seem to put on a little extra attitude too—which you’ll notice the second you stick one.

Still, the best action doesn’t happen all at once, or in the same exact places. Bass trickle up in waves. Some fish, even big ones, move very shallow, very early; others stage along the first break next to deeper water or move, little by little, up a long-sloping rock point. And while generally aggressive, their mood can change hourly, from belligerent to sullen. For all of that, you need a variety of offerings. Here are seven killer pre-spawn smallmouth baits, for every spring situation. Don’t leave the dock without any one of them.

Blade baits are go-to winter smallmouth lures, but they continue to produce well into spring if you change up the presentation. When the water is still very cold and bass are deep, drop a blade straight down and vertical-jig it in a fish’s face. When they are staging on a ledge or steep point, cast to the shallow side and hop a blade bait, little by little, down a staircase drop-off or a rocky slope. If fish are up on the flats, bomb-cast a blade bait and then work it back with a subtle lift-and-drop retrieve. If fish are fairly active, you can rip it up and let it dart back down. If they’re sluggish, just slowly lift, and let it flutter to the bottom, which is usually when the hit comes.

Pre-spawn bronzebacks can be surprisingly aggressive once they vacate the depths and move up into warmer, shallow pockets on the north ends of lakes. Burning a brightly-colored spinnerbait over shallow rocks and wood or along weed edges is a great way to cover a lot of water and stack up some explosive early-season strikes. That said, if bass aren’t smashing your burned bait, that doesn’t mean you need to go to something else altogether. Tie on a slightly heavier version, with a single Colorado blade, and try slow-rolling it along the bottom, making plenty of contact with the cover.

Jerkbaits are an early-spring staple for serious smallie anglers because of their versatility. When the fish are up on the flats and aggressive, you can work this bait fast to score reaction strikes. But if early-spring water temps are low and the fish turn a little sluggish, you can fish a suspending jerkbait nice and slow to get finicky fish to open up. Work in plenty of pauses in these conditions—and don’t be afraid to let that lure sit for up to four or five seconds. There are days when virtually all of your bass will come at the end of what seems like an interminable pause. So, just wait for it.

If power fishing is your game, tie on a crankbait to match the depth you want to fish and then burn it over rock piles, logs, and stumps, or along weed edges, to cover water and find active fish. Lipless crankbaits, like Rattletraps, and squarebills, like the Strike King KVD above, in cayfish and shad colors are top choices for prospecting shallow water. Go to a diving crank when the fish are deeper over rock structure. You can run and gun from one hotspot to another with this technique, or burn a crankbait to find fish and then switch to a more methodical approach.

Speaking of a methodical approach, a soft-plastic tube, grub, craw, or similar bait is just what you want for carefully combing a promising stretch. When smallies are feeding on crawfish on a rocky bottom, rig a tube or a craw on a jig and hop it along the bottom. If fish are finicky, shake a worm or small minnow-shaped soft-plastic in place on a drop-shot or Tokyo rig. Or go to a shaky worm or a stumpy little stickbait on a Ned rig. The great thing about small soft-plastics like this is that there’s a bait and a rigging-style to match almost any spring smallie situation. And keep in mind, as good as these baits are for slow and subtle presentations, there’s no rule against picking up the pace: Swimming a curlytail grub off the bottom with a steady retrieve can smash early bass as well as any soft-minnow bait designed for that purpose.

Speaking of soft-plastic minnow baits, swimbaits shine now because, much like hard jerkbaits, you can work them fast to hammer aggressive fish, or you can work them slowly to convince more reluctant feeders. Plus, you can work a swimbait right on the bottom when fish won’t come up to strike. Rig one on a jighead or a Tokyo rig, and then either swim it up off the structure or crawl and hop it along a rocky bottom, altering the speed and depth to match what the bass want.

When spring bass are searching for crayfish on rocky or sandy bottoms, especially where you also have some weeds, you can’t go wrong with a finesse football jig with a craw-style trailer. Cast it out and then drag it, crawl it, shake it, and hop it right along the bottom. That said, the secret weapon in early spring is a hair jig. These classic little baits can work any time, but when it’s cold and smallmouths get really crabby, a hair jig can catch them when nothing else will. Cast out a 1/16- to ¼-ounce jig with light spinning tackle and just twitch it back, or lift it slowly, let it fall, and wait for a big bronzeback to suck it in. Pay attention: The hit will probably be subtle—but the fight won’t.