The 8 Most Exciting Fish to Catch on Topwater Flies

Whether it’s a bluegill or a mako shark, nothing beats a surface strike 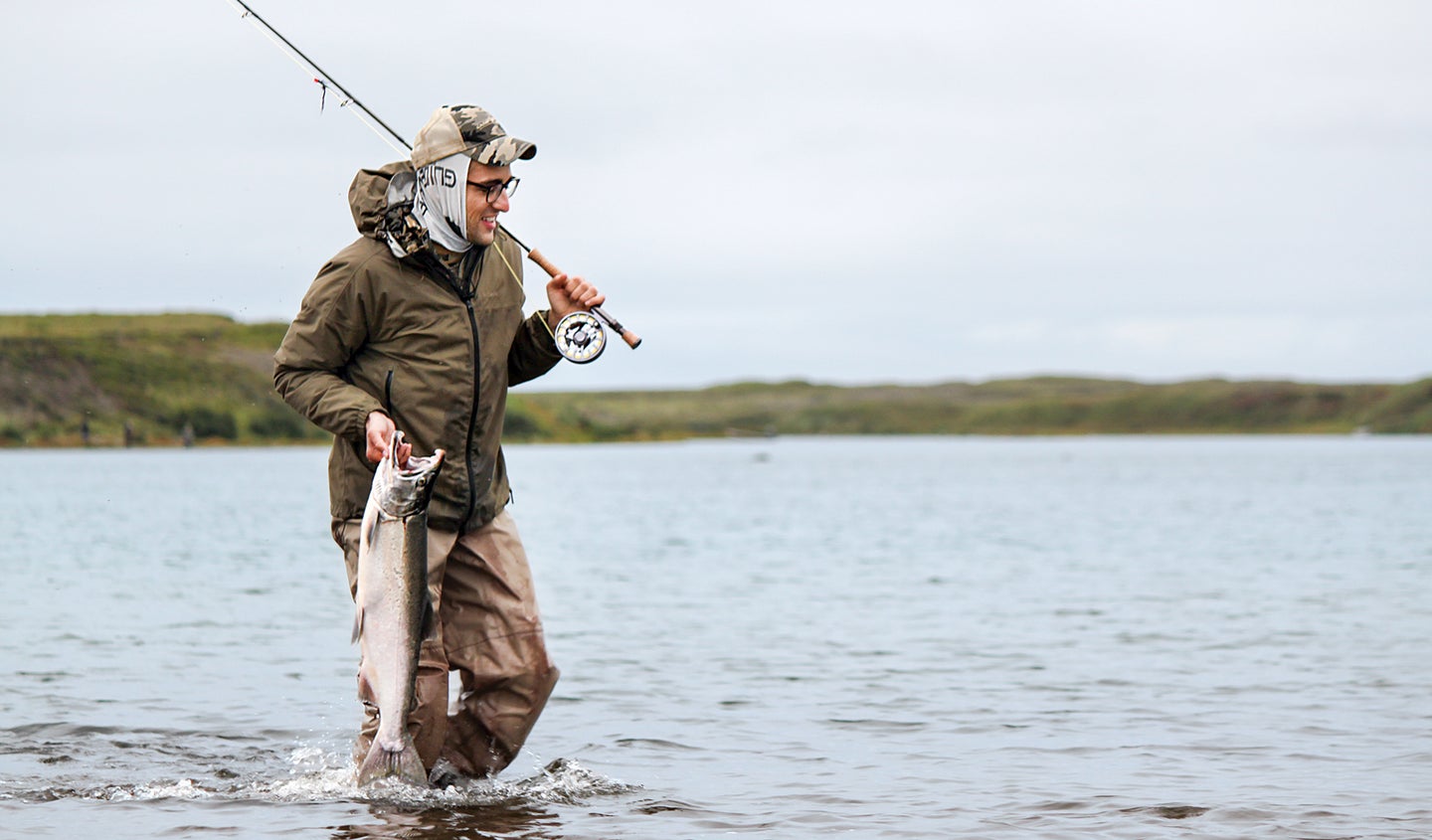 Carry the Day: The author lugs a coho to shore.. Ryan Neeley
SHARE

Flyfishing with dry flies and poppers isn’t always the most effective tactic, but any angler who has ever duped a trout into rising to a salmonfly or a smallmouth bass to a hair bug or even a bluegill to a small foam popper will agree—it is certainly the most exciting way to hook a fish on the fly. (That out-of-nowhere jolt you feel when a fish strikes a streamer is a close second.) And because summer just might be the best all-around season for fishing with topwater flies, we decided to put this list together—in no particular order—of the elite eight freshwater and saltwater fish species that you can target on the surface.

To be fair, any pike strike on a fly is awesome—especially since hits on subsurface patterns often happen in clear water and close enough to the boat that you can see the fish attack your bug. But there is something about a pike taking a popper that is just vicious. Because in these moments you get to witness a northern in peak apex-predator form: How the fish slowly, stealthily gets into position beneath the fly, before gradually rising to the surface. Then it opens its toothy maw and vacuums the fly—and the fight is on.

Pound for pound, smallies are one of the strongest freshwater gamefish, and their surface strikes can be downright explosive. What’s more, few summer pursuits are more enjoyable than wet-wading in a bass river with a fast-action 7 weight and a box of poppers.

A 3-weight fly rod, a fly box stuffed with tiny poppers, and a flat lake or farm pond is probably the best introduction to popper fishing anyone can enjoy. And the fact that these fish taste as good as they do is even more reason to target them on top.

If you’ve never thrown a fly into a pod of blitzing bluefish feeding on the surface, you are missing out. Striped bass get all of the love and attention, but they don’t put up a fraction of a fight that a bluefish does.

Just how much fun is catching reds on the surface? Well, if we could find laid up, popper-eating bull reds every day, we might not fish for anything else.

A popper helps you see and appreciate the mouthful of teeth a mako has even more. And if you need any convincing as to how thrilling these fish are to hook and fight, just watch this video. You’ll never see a gamefish make leaps that are more impressive than a mako’s.

No, this entry isn’t a gag. Head-hunting for rainbows during a summer hatch is one of the most enjoyable challenges in all of flyfishing. And when 30-inch Alaskan rainbows bust on salmon smolt, well, things get pretty damn interesting.

The Wog is to salmon what the Sneaky Pete is to panfish—and there might not be a more enjoyable way to catch your limit of cohos than by skating a Wog on the surface.