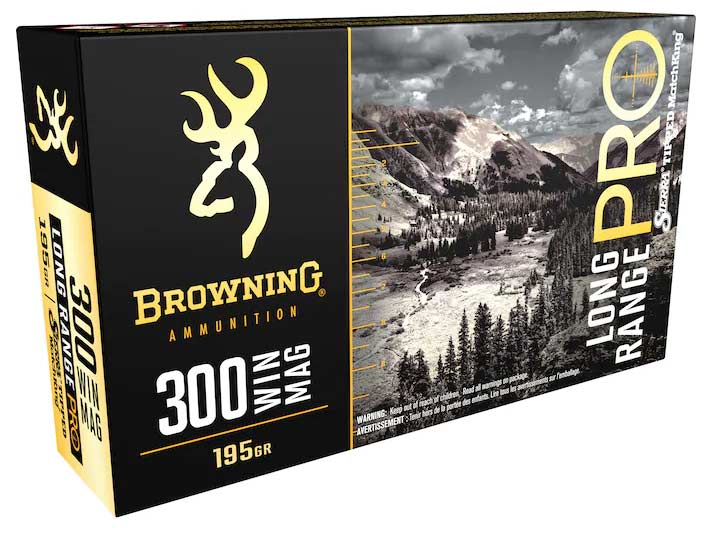 The .300 Win Mag is a perfect marriage of long-range accuracy and manageable recoil. Midway USA
SHARE

The problem with deciding which “magnum” cartridges are best for hunting is that the term itself has been thrown around so loosely that it’s practically meaningless. The .220 Swift, for example, which is the now and future speed king, is not a magnum, nor is the .480 Ruger, which is much more powerful than the .44 magnum. The .222 Remington Magnum is a .222 with a tad more case capacity and is the ballistic twin of the .223, which is not a magnum.

The proper use of rifle magnum cartridges is with heavy bullets. In 2010, when the Army decided it would be even better to shoot people at way over 1,000 yards than at the then current 900-plus, it did not go for light bullets and screaming velocity. It settled on the .300 Win Mag, and chose for it a 220-grain VLD projectile at a relatively sedate 2,850 fps. Velocity, like looks, does not last, but momentum does.

And now, with all of that out of the way, here are my picks for the most useful magnum cartridges for hunting.

This round packs a lot more punch than the vastly overrated Remington, and with it I have shot whitetails from Wyoming to South Carolina, caribou in Quebec, nilgai in Texas, and just about everything in between.

After briefly flirting with 140-grain bullets, and watching them turn steaks into soup, I settled on 160-grain bullets at 3,000 fps plus. I could have loaded them a lot hotter, but to what end?

Despite its ample power and wallop at long range, the 7mm Weatherby doesn’t kick a hell of a lot and works just fine with a 24-inch barrel, which is much better than a 26-inch barrel. If I had it to do over again, I’d probably go with 175-grain bullets. The 160s did just fine, but I think the heavier slugs might be a tad better.

I’ve written about this one so often that it’s becoming something of an embarrassment, but facts are facts. On the one hand, the .338 kicks. In order to keep the kick manageable, you need a rifle that weighs 9 pounds or so with scope, but if you’re afraid of lugging a 9-pound rifle, perhaps you shouldn’t be hunting in the first place. Ballistically, it’s best off with a 24-inch barrel, but you can get very good results from a 22-incher.

The best bullet weight is 250 grains, but I would not collapse if I had to hunt with 225s.

Shoot anything with it, hit the critter properly, and it will go down either in its tracks or within 100 yards. When I killed a red stag in New Zealand with a .338, my guide said “My god, it looked like the earth came up and hit him.” That’s typical.

This, admittedly, is a limited-use round, but it’s one of the very best. Way back in 1911, the British firm of John Rigby developed a cartridge for bolt-actions that propelled 400-grain bullets at 2,400 fps. It proved to be a magical combination, and today, no heavy-game round has a better reputation in Africa than the .416 Rigby.

It is, however, a very long and bulky cartridge, and it requires an oversize action. So in 1989, Remington necked up its 8mm Magnum round to .416 and created a cartridge that gave ballistics identical to the Rigby, but with a case no bigger than that of a standard magnum round.

Here is one of the truly indispensable cartridges. The .375 is not as convincing on the really big stuff as the .41-and-bigger cartridges, but it will do the job, and it will handle all the smaller stuff with less shooter pain than the buffalo bashers. The average PH would far rather see a client show up with a .375 H&H he can shoot than a .577 Thunderf*cker that causes him to soil himself when he pulls the trigger.

Originally, the .375 was loaded with 300-, 270-, and 235-grain bullets that would enable a shooter to travel the world and collect everything from armadillos to argali. Stick with the 300s. They work much better than the lighter-weight options.

You can get good ballistics out of a 22-inch barrel, which is a selling point, and you don’t want a rifle of less than 9 pounds, with 10 being better.

If you ‘re looking for something that will enable you to take really big game at really long range without rearranging the lobes of your brain, here’s your cartridge. Unlike such horrific rounds as the .30/378 and the .338 Lapua, this one reaches way out and packs enough terminal energy to put anything down when it gets there, but will not leave you bleeding from the eyes.

And, for whatever reason, the .300 Winchester has a deserved reputation for stellar accuracy. One of these rifles, properly set up, will make your eyes bug out with bug-sized groups.

There are all manner of bullet weights available, but I’d ignore anything lighter than 180 grains, and would much favor 200 or 220 grains.

Yes, I know this is supposed to be about magnums, but as I pointed out not all magnum cartridges get that title, and here’s one that deserves it. Class of 1925, the .270 was one of the first rounds to combine enough bullet weight for just about any animal with enough velocity to make hitting at long range comparatively easy.

It’s loaded with 130-, 140-, and 150-grain bullets, and of these, I prefer the last. In most cases you can get them moving at 2,950 fps. I’m aware that the .270′s ballistics have been surpassed by many newer cartridges, but so what? After half a century of hunting with it, and watching other people hunt with it, I’ve never seen any round put so many species on the ground, fast, as this old-timer.

If it that doesn’t merit the title “magnum,” I don’t know what does.