We used the new cartridge on a big-game hunt last fall. Here’s how it performed 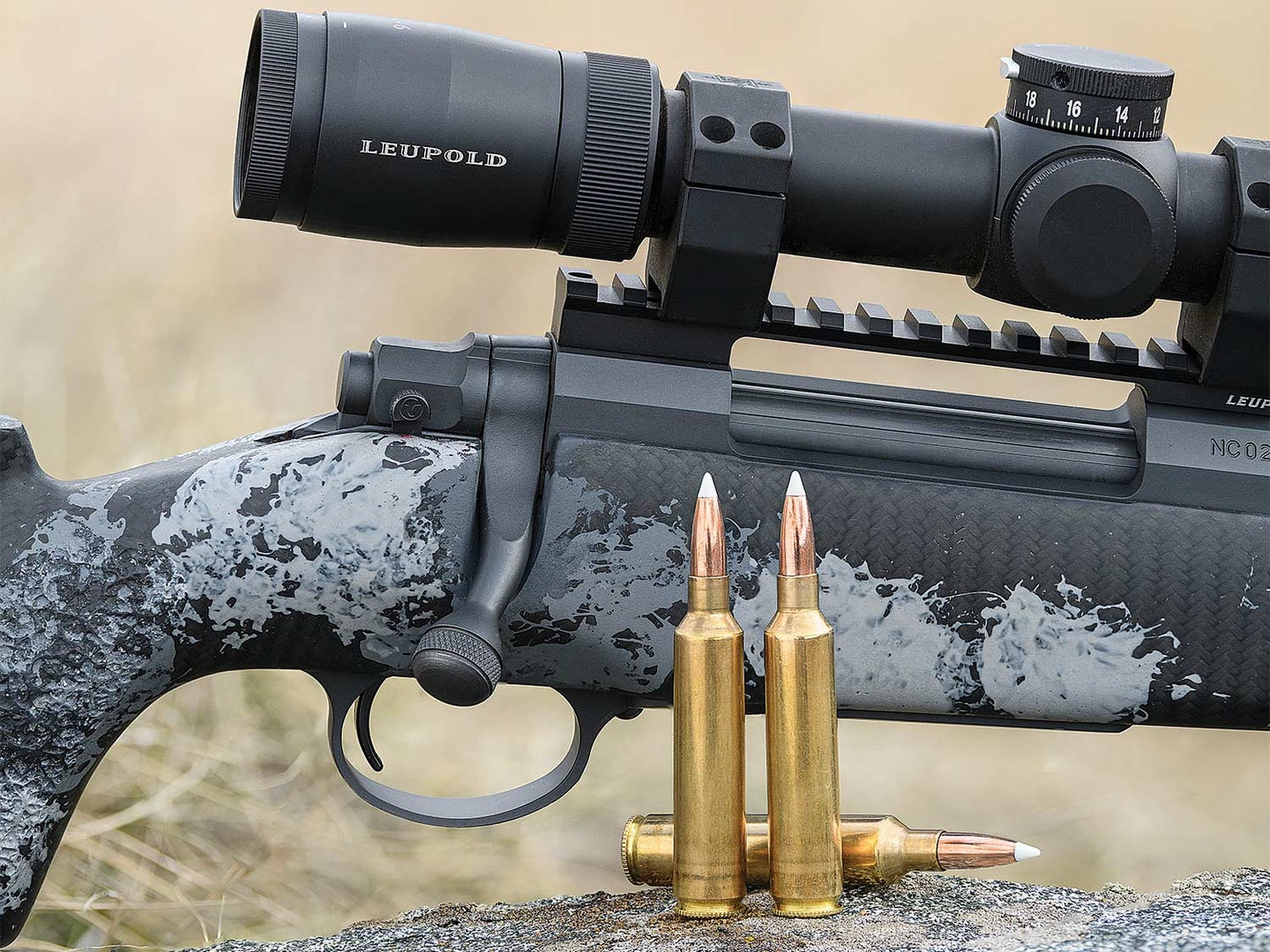 Home on the Range: The flat-shooting 27 Nosler is an ideal open-country hunting cartridge. Bill Buckley
SHARE

Not long ago, the .270 Winchester reigned supreme. From the post–World War II era right up to the early 2000s, the .270 was a colossus among big-game hunting cartridges, a mighty twin of the immortal .30/06. During that time, if you could get ammunition-makers to open their books, you’d have seen that the .270 was one of the top three or five bestsellers in their lineups.

In 1970, Jack O’Connor, who was a major force behind the .270’s ascendance, said that by his estimation, more custom sporting rifles had been chambered in that cartridge than in any other in the postwar years. Not many cartridges can claim that kind of longevity and success. It was a hell of a run. Then 2007 happened.

The 6.5 Creedmoor had just been introduced and would soon become the dominant centerfire cartridge for a new generation of shooters and hunters. However, the 6.5 Creedmoor was only the most conspicuous piece in a series of trends that dethroned the .270. Like the submerged and unseen bulk of an iceberg, those other factors were what ripped the hull out of the status quo that had kept a handful of cartridges floating at the top of the sales charts year after year. Some cartridges, such as the .30/06 and .308, kept chugging along. Others, such as the .270, sank like jettisoned ballast.

A detailed analysis unpacking everything behind this would require a book. The short version is that we’ve had greater advancements in ­rifle accuracy in the past 20 years than in the 100 years prior. Better bullets, powders, optics, ­cartridge-​case designs, and manufacturing techniques, coupled with sophisticated yet affordable ballistics software, have revolutionized marksmanship for everyday shooters and hunters.

Today, as a result, cartridges that don’t have a reputation for superior ­accuracy—​backed up by success in competition—or that don’t fill a specific niche are having a rough go of it. As one of the great general-purpose big-game rounds of all time, but one with no competitive accolades, the .270 couldn’t keep up and has fallen on hard times.

Enough of this funereal diatribe, however. I came here to praise the .270, not to bury it. There’s reason to be hopeful for the future of the .277-inch caliber.

Nosler has just announced another addition to its family of eponymous cartridges, the 27 Nosler. Like the other long-​­action magnum cartridges in the lineup—the 26, 28, 30, and 33—the 27 derives from the .404 Jefferies case, though the preproduction ammo I’ve been shooting was formed by necking down 30 Nosler brass.

As would be expected, the 27 Nosler is a powerhouse. In my rifle, one of ­Nosler’s M48s with a 26-inch carbon-fiber barrel, the 150-grain AccuBond bullets registered an average muzzle velocity of 3129 fps. (Note: These were handloads, so the factory velocities might be different.) I set up the rifle so that it hit 1.5 inches high at 100 yards, giving the bullet a 240-yard zero. At 300 yards, the bullet has dropped less than 3.5 inches, and the holdovers at 350 and 400 yards amount to 7.5 and 13 inches, respectively. This kind of flat-shooting performance has made hunters swoon since the first ballistic tables tumbled off the Gutenberg press.

There’s more to a cartridge than velocity and trajectory, however, and although the 27 Nosler gets high marks for both, the reasons I’m bullish about its prospects have more to do with the details of its design. The barrel twist on our previous .270s—the Winchester, Winchester Short Magnum, and Weatherby Magnum—is 1:10. That works fine on the standard array of .277-​inch bullets, most of which fall between 100 and 150 grains. But to take full advantage of heavy-​for-​­caliber, high-BC bullets, you have to spin them faster, which is why the 27 ­Nosler was spec’d out with a 1:8.5 twist.

This begs the question: What heavy bullets are we talking about in .277? Well, Nosler is coming out with a new 165-grain AccuBond Long Range bullet this year, which the company anticipates will be the marquee load for the 27. Hand­loaders will also want to consider Berger’s 190-grain EOL Elite Hunter. Both should shine in this cartridge.

A faster twist rate is one of the key elements of modern cartridge design, which has given us many excellent long-range rounds, such as the 6mm Creedmoor, 28 Nosler, 6.5×47 Lapua, and 300 PRC. Other features common among these cartridges include minimal body taper, steep shoulder angles, and tight throat dimensions. These factors add to a round’s inherent accuracy potential and are all part of the 27 Nosler’s design too. My rifle had no problems shooting sub-MOA groups.

How the 27 Nosler Performed in the Field

I used the 27 Nosler last fall on a hunt in Utah for pronghorns and mule deer, and it probably won’t shock you to learn it worked just fine. My antelope was feeding with another buck along the edge of a big water hole in a sage flat. Other than the heavy mirage in the scope, and a slight correction for the left-to-right crosswind, the 440-yard shot couldn’t have been more straightforward.

A few days later, my guide and I managed to locate an old 3×2 mule deer across a canyon in the high country. It was the first old buck we’d spotted. It took about an hour to get down from our perch and climb up to him. We found him bedded in some tall cedars near where he’d been feeding. We sneaked to within 300 yards, and he stood up—and the 27 Nosler put him right back down.

By the time you read this, Nosler should have factory loads rolling off its machines. The 150-grain AccuBond, which I’ve been shooting, will be the first up, followed (hopefully) soon after by the new 165-grain ABLR.

The 27 Nosler is joining a crowded field of long-range cartridges, so it’s going to have to fight to succeed. It is flanked on one side by some excellent 6.5mm and 6mm rounds, and by outstanding 7mm and .30-caliber hammers on the other. But that sweet spot right in the middle is part of the reason the .270 Win. did so well for so many years, and perhaps that magic will rub off on the 27 Nosler too.

Hunters take a good percentage of shots from their knees or on their butts. Unlike most shooting sticks, which form an X where you settle the fore-end into the top notch, the carbon-fiber Qwik-Stix from Holland’s Shooters Supply ($250; hollandguns.com) has a flat tube that’s 9 inches across. This lets you track an animal left or right without needing to twist your body or move the sticks.