Which of these two classic lever-action rifle deer and big-game cartridges is best? 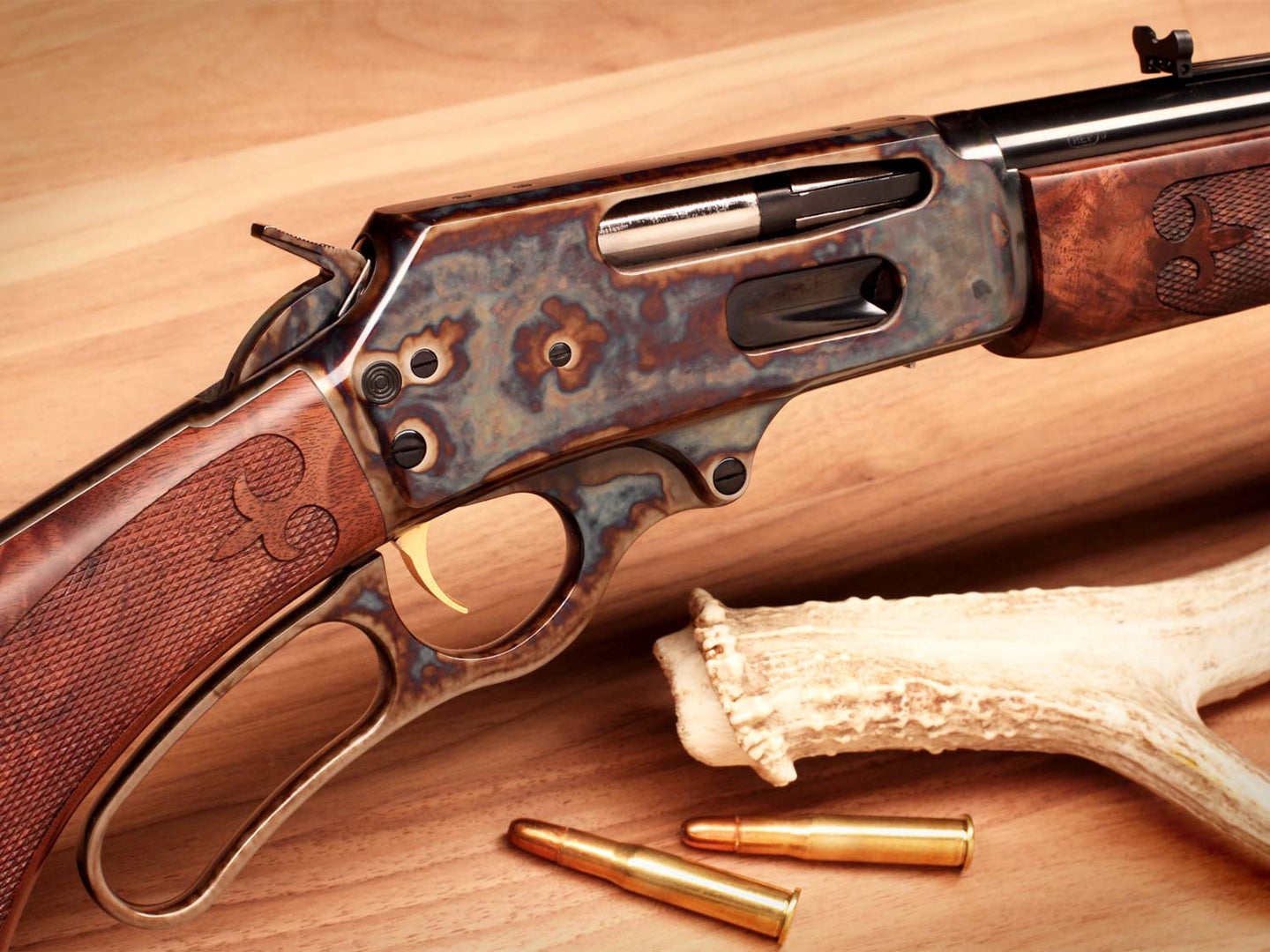 Contrary to what Gen Z shooters might think, traditionally styled lever-action rifles are not just relics or a way to get your cowboy fix. They’re real deal hunting rifles honored and appreciated by those who hunt with their feet as opposed to feet-per-second. Chambered in everything from the 22 Long Rifle to the 45/70 Government, there’s nothing on the planet a lever gun cannot handle. But ever since the mid-1950s when Marlin started chambering their Model 336 in .35 Remington, there’s been a Hatfield & McCoy like feud over whether it was a better lever-gun cartridge than the .30/30 Winchester.

The .30/30 Winchester was introduced in 1895 for Winchester’s model 1894 lever-action rifle and is unquestionably the most popular cartridge ever chambered in a lever-gun. Originally loaded with a 160-grain bullet, today 150- and 170-grain loads are the most popular, but ammunition loaded with bullets as light as 125 grains and as heavy as 190 grains is available. The .30/30 has probably done just about everything that can be done with a rifle. It’s thought to be the rifle legendary stock detective Tom Horn used for his assassinations, and African professional hunter Wally Johnson even used a .30/30 with success on lions.

The .35 Remington’s story is a bit different. It was not designed for a lever-action rifle. Instead, it was first chambered in Remington’s Model 8 auto-loading rifle. It is believed that Frank Hammer fired the opening burst into Bonnie & Clyde’s 1934 Ford with a Model 8 in .35. In 1953, the cartridge found its home in Marlin’s 336 lever-action, but it also was favored by many who hunted big game with single-shot pistols like the Contender. Though a 150-grain spire point load was offered for a while—specifically for the old magazine-fed Model 8s—the standard load has long been a 200-grain round nose bullet.

Today, the ammunition for both cartridges is much improved from what it was in the 50s and Hornady’s LEVERevoultion ammunition extended the practical effective range for both cartridges. If zeroed at 200 yards, their 160-grain FTX .30/30 Winchester load will drop 12 inches at 300 yards. On the other hand, the 200-grain LEVERevolution .35 Remington load will drop 17 inches with the same 200-yard zero. It’s simply a matter of velocity and ballistic coefficient; the 30-30 pushes the lighter and more aerodynamic 30-caliber bullet faster so it has a flatter trajectory.

But trajectory is a foolish way to compare cartridges typically used at distances inside 150 yards. The ability to smack the snot out of big game animals like black bear and wily old whitetail bucks is what really matters. Because of its ability to retain velocity, the 160-grain LEVERevolution .30/30 load is also the hardest hitting for that cartridge; at 100 yards it is carrying 1643 foot-pounds of energy. On the other hand, the hardest hitting 35 Remington load is the 220-grain “Heavy” load from Buffalo Bore. At 100 yards it will hit with 1861 foot-pounds of energy. Even the 200-grain LEVERevolution .35 Remington load retains 1711 foot-pounds of energy at 100 yards.

Which is the Best Lever-Action Cartridge?

As much as it’s a .30/30 vs. .35 thing, it might be just as much an East vs. West, thing. In the eastern United States where black bear and deer are typically hunted in dense timber over bait and from stands, or where they’re rooted out of the dark forest or thickets by savvy woodsmen, the .35 Remington seems to be preferred. Hunters like how it hits hard and makes a big hole. It used to be that you couldn’t find an eastern deer camp without a .35 Remington in it. Today, that’s not so much the case; the .30/30 is pushing the .35 out the door and its popularity or what’s left of it will probably die with Generation X. Younger hunters seem fixated on shooting further.

Out west and the .30/30 is the king. Its flatter trajectory helps hunters reach across the open country, and I doubt there’s a real ranch west of the big river that doesn’t have a .30/30 lever-gun behind the kitchen door, if not behind the truck seat. The .30/30′s dominance as the king of lever-cartridges is also clear when you look at available ammunition. A major online retailer only lists four loads for the .35 Remington but lists 35 different options for the .30/30. East, west, north, or south, the .30/30 is the most popular big game hunting cartridge for the lever-action rifle.

But is it the best? Most only in imaginations. The .35 Remington’s heavier and larger diameter bullets just seem to make critters fall down faster. And, if you’re going after elk- or moose-sized game, or are maybe afraid you might have to shoot it out with a brown bear, you’ll appreciate that bigger and heavier bullet. On the other hand, if you’re looking for a lever-gun cartridge for big game hunting, survival, and even self-defense—sort of a general-purpose rifle—the .30/30 is the way to go. This is partly due to the wide availability of ammo and partly due to the cartridge’s extended reach.

The best answer to the question might be to just get one of each. That’s what I did.