How Browning Changed the Way We Think About Shotguns 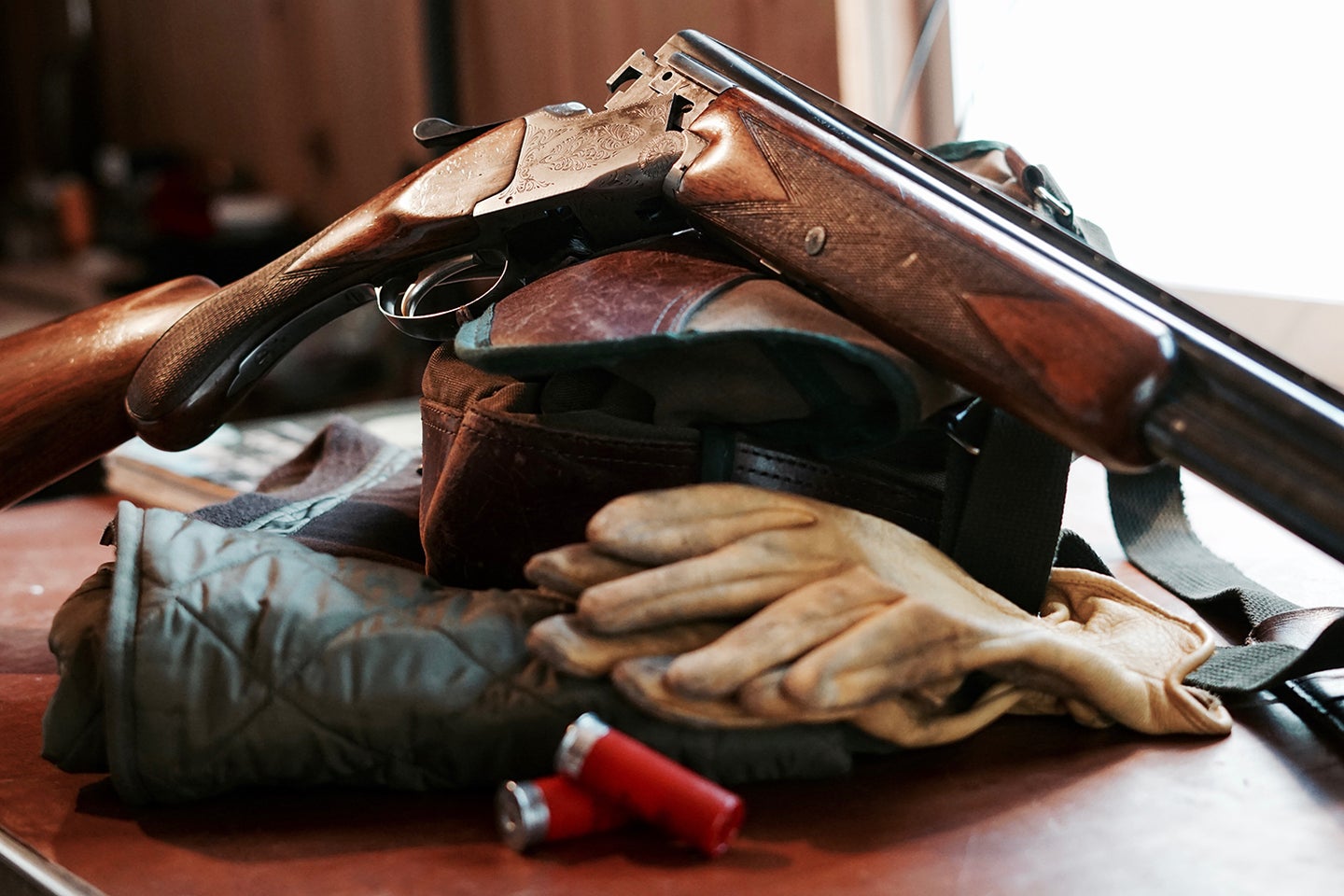 My mother liked nice things. It’s no surprise she shot a 20 gauge Browning Superposed in the early 60s. She also sold it before I was old enough to object, so I know firsthand what it’s like to pine for a Superposed. If you were an American shooter of the 50s, 60s, or 70s, a Superposed was the “it” gun—the one you aspired to and saved up for.

By the time I came of gun-buying age, the Superposed’s successor, the Japanese-made Citori, had taken its place as the aspirational O/U. Located in the heart of pheasant county, our local gun store always held a single Citori, waiting for someone to splurge on it.

Nearly 200,000 Superposeds and a million-plus Citoris later, it’s clear that John Browning knew what he was doing when he started work on the Superposed in 1922. Over-under shotguns existed then, but they were distinctly British: trim, handmade Woodwards and Bosses far too expensive for regular people to afford. Browning envisioned a quality over-under that could be produced in high enough quantities to put it within the price range of average hunters and shooters. There were plenty of affordable Fox, Parker, and Ithaca doubles on the market in 1922 but no over-unders. Browning believed that Americans, accustomed to the narrow sighting plane of pumps and semiautos, would prefer a break-action with barrels that were superimposed, not side by side.

Browning worked for four years on the gun, and was in fact working on it at the Belgian FN factory the day he died of a heart attack in 1926. His son, Val, finished it in 1931. The Superposed differed from previous O/U designs. Browning gave his gun a full-length hinge pin for the barrels to pivot on. It made the frame taller than those of its overseas counterparts, but it was durable, cheaper to produce, and the hinge pin was easily replaceable should the gun have to be rebuilt. The biggest difference between the Browning and any other O/U was the price. It cost $107.50, about $1700 today. It wasn’t cheap—the guns still required a great deal of hand-fitting—but it was within the reach of even a working person who wanted to save up for it.

Read Next: The 10 Best Upland Shotguns Ever Made

The Superposed was born into a much different world than the one in which it was conceived. The Roaring 20s came to an abrupt end in October of 1929 when the stock market crashed. The Superposed limped along during the Depression, and Browning had to cut the price significantly to sell it. You can tell the pre-war guns by their double triggers. Most were the conventional kind, but some had twin single triggers, an invention of Val’s. Pulling the front trigger twice fired the bottom barrel, then the top. Pulling the rear trigger fired top, then bottom. In 1939 Val would design the excellent single selective trigger found on Browning O/Us ever since. Not long after that, Germany’s occupation of Belgium put an end to Superposed production until 1948.

While all the old American doubles died after the war, victims of changing tastes and high production costs, the reborn Superposed took off. It was elegant, and well fit and finished and times were good, so Americans had enough money to buy them. Superposeds were made in all gauges, in magnum versions, in trap and skeet models, in a straight-gripped Superlight model, and in plain and high grades. The 50s and 60s were boom times for America and for the Browning Superposed.

High Production Costs and The Rise of the Citori

As labor costs pushed prices higher in the late 60s and early 70s, Browning tried to keep their O/Us affordable. They introduced a bare-bones Belgian Superposed called the Liege (or B26). They also tried a simplified, undecorated version of the gun made in the Miroku factory in Japan. The new gun was called the Citori, and it had the basic Superposed action with some changes, most noticeably, a conventionally latched forend in place of the original sliding, non-detachable model. While the Liege only lasted a couple of years, the Citori was a hit. It was a good gun at a good price. By 1976, when Belgian Superposed production ceased, a Grade I Superposed cost about twice the price of a Citori.

The Citori has been made in nearly every gauge and configuration in which an O/U can be made, including some beautiful high-grade models. In 2010, I was lucky enough to travel to Kochi, Japan, to see the guns being made as Browning celebrated the million-Citori milestone. I already wanted a Citori before I visited the factory. Seeing the amount of skilled handwork that went into each gun made me want one even more. Actions and barrels are filed and fitted by hand the old fashioned way: the actioner dusts the metal with chalk (in place of the traditional smoke) closes the action, opens it, and files the shiny parts where the chalk has rubbed off, and that’s one of the dozens of hand-operations that go into the making of each gun. True, engraving is rolled on to save money, but it’s then hand-chased to add depth.

Internally, the Citori is a solid, reliable gun. The barrels tend to be well-regulated, shooting to point of aim and to the same point of impact, and they are popular with shooters around the world. The one valid criticism of the Superposed and Citori alike is that the guns are heavy, with even field 12-gauges pushing 8 pounds. Browning has made both lighter-weight alloy framed models and trimmed down “Superlights” but in 2012 they solved the problem for good with the Citori 725. It features a trimmer frame and light barrel contour that cut about ¾ of a pound from the weight of a 12. It’s a livelier gun, and still a Citori.

Almost 100 years have passed now since John Browning started work on his O/U. He not only created a classic with the Superposed, he invented a whole new category of shotgun: the mass-produced O/U. He succeeded so well that the Browning has plenty of competition today, yet in the minds of many, Browning O/Us are still the best.

How to Buy a Browning Over-Under of Your Own

The Superposed is still produced in very limited quantities in Belgium as a custom gun, but there are plenty on the used market. Currently, the 12-gauges are the best buy, and you’ll see them for $1200 to $1400 or so in decent shape. The same field gun in 20 gauge might bring over $2000. If you find a Superposed that needs restoration work, Art’s Gunshop in Hillsboro, Missouri is the acknowledged Browning expert.

Check the gun’s serial number to see when it was made. The infamous “salt wood” Brownings were made from 1966 to 1971, with most of those being 1966 to 1968 guns. Browning used a method invented by Morton Salt for the furniture industry to dry gunstock wood during those years. Stacks of blanks were covered with salt, which drew moisture from the wood but also often turned to brine as it soaked into the blanks at the bottoms of the piles. Some guns, especially those from the first couple of years, have serious rust problems, especially around the head of the stock. Not all guns from that era were afflicted, but they should be examined for rust, especially the so-called “round knob” models with a rounded pistol grip.

New Belgian Superposeds command higher prices, but Citoris are great in their own right. They are also more affordable and more practical shooters. Their tougher barrels can handle steel shot that can harm a Belgian gun, and Citoris made after the early 80s have choke tubes. The Citori also has a more desirable detachable forend in place of the sliding version on the Superposed, which is a pain when it comes time to clean the gun.

Earlier Citoris lacked chrome-lined chambers, and you have to clean them every time you shoot them to keep rust from forming. It’s also getting hard to find parts for some of the older, Type I guns, which were made from 1973-1976. Early guns and many of the trap and skeet models have blocky, squared-off beavertail forends which some find ugly, although I have a sneaking fondness for them. In 1988 Browning introduced Citori Lightning field models with the traditional Superposed round knob and a trimmer forend that many find more appealing.

Read Next: A Shotgun for Christmas

My favorite Citoris come from the 90s and early 00s. They often have much better wood than guns of a similar grade made today, and the fit and finish are excellent. They also feature overbored barrels and the longer Invector Plus choke tubes for better patterns.

Among the current Citoris, I like the 725s, which look good and handle very well in both field and target models. The CX crossover target guns represent an extremely good value in a versatile clays gun.