Extreme Long-Range Shooting: How to Hit a Target at Two Miles 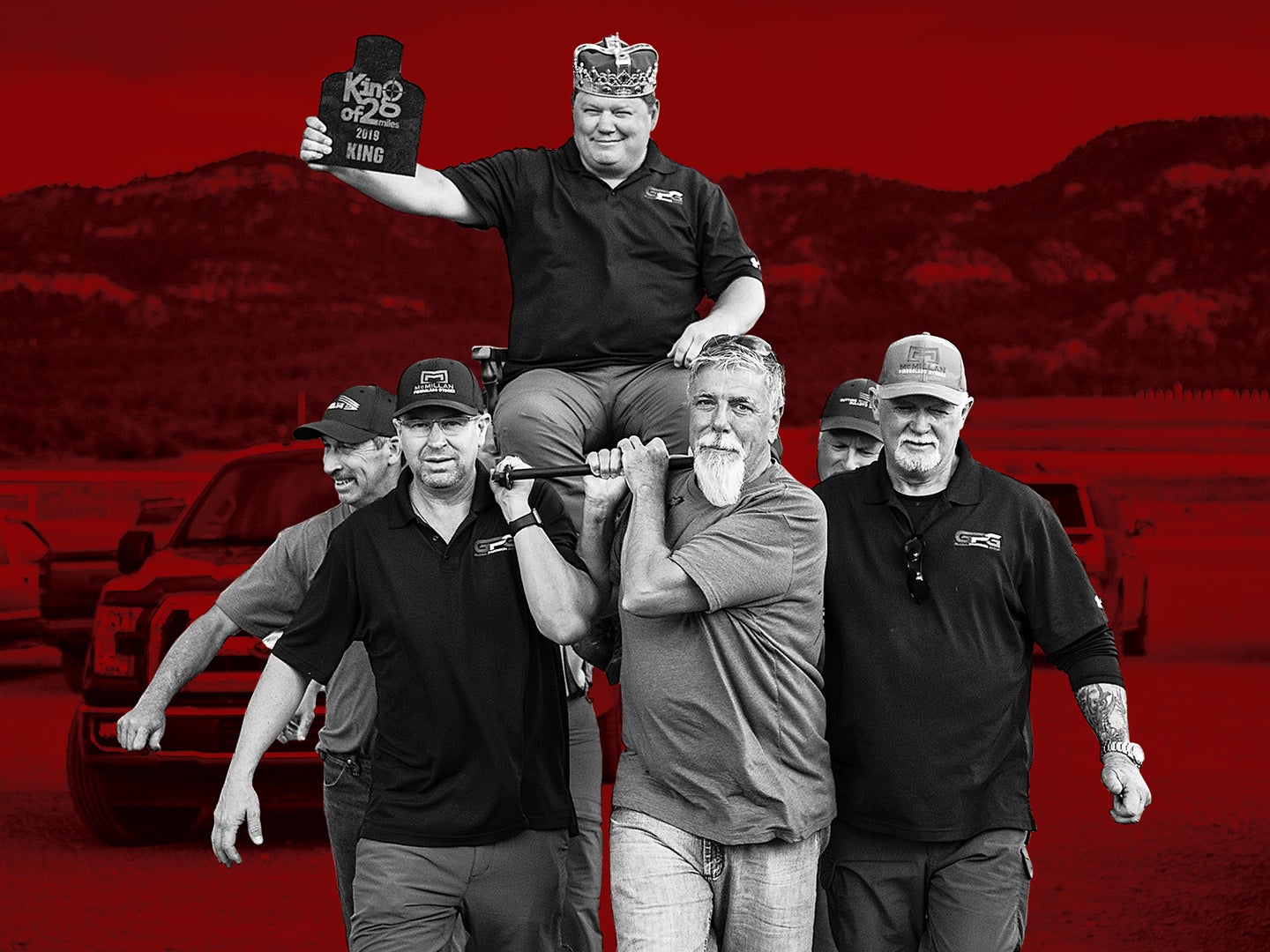 The King of 2 miles is a big-bore event with targets ranging from 1,500 to 3,500 yards. The competition started in 2015 in Raton, New Mexico, where it’s still held, and has really grown. There are now Ko2M shoots in France, South America, South Africa, Canada, and Russia, and soon Ukraine and Italy too. My team and I won the stateside event last summer.

Being a former military guy, an active hunter, and a Camp Perry shooter, I got tired of regu­lar distances and wanted to push myself and my equipment even further. And what you learn at extreme ranges applies at more reasonable distances too. We’re out here in 2-, 3-, and 4-mile land, but what we’re learning is trickling down to military, law enforcement, and long-range hunters.

The longest shot that my team has made was on a target at 7,070 yards, or just over 4 miles. In fact, it’s the longest confirmed and ­documented shot that I know of. But it’s important to note that it’s not just me. The cockpit where we set up for a long shot is like a laboratory, with a ballistician crunching numbers, forward observers radioing impacts, guys reading wind through spotters, and everyone communicating. It isn’t plopping down and pulling the trigger.

I shoot a .416 Barrett, which is a necked-down .50 BMG. The bullet is 550 grains and more than 2.5 inches long, and it leaves the barrel at 3050 feet per second. Considering all that, the total flight time from the muzzle to a target 4 miles away is 23 seconds. The bullet climbs about 2,300 feet above the target before dropping down into it.

In order to Even see a target that far away, we run big Nightforce optics with a TacomHQ Charlie Tarac out front, which is like a periscope on a submarine. It’s a prism that offsets the target image, so you can hold the 900 MOA of elevation required to make the shot. For comparison, the very best modern long-range riflescopes top out at around 120 MOA.

I recently got my Daughter into .22 rimfire extreme long-range shooting, which is a great way to introduce kids to our sport, as well as adults who don’t have a place to shoot at extreme ranges. My daughter started at my local gun club, shooting out to 500 yards with her .22. Then we took a trip to a longer range, where she connected at 1,000. That little .22 LR bullet was in the air for over 5 seconds and climbed 110 feet above the target before dropping in.

You get a crown for winning the Ko2M, but you don’t get to keep it. I’m thinking about getting a replica made, sort of like the Stanley Cup, so I can wear it around town.