Is Your Shotgun Barrel Long Enough?

The biggest reason to go with a longer shotgun barrel: You’ll shoot better 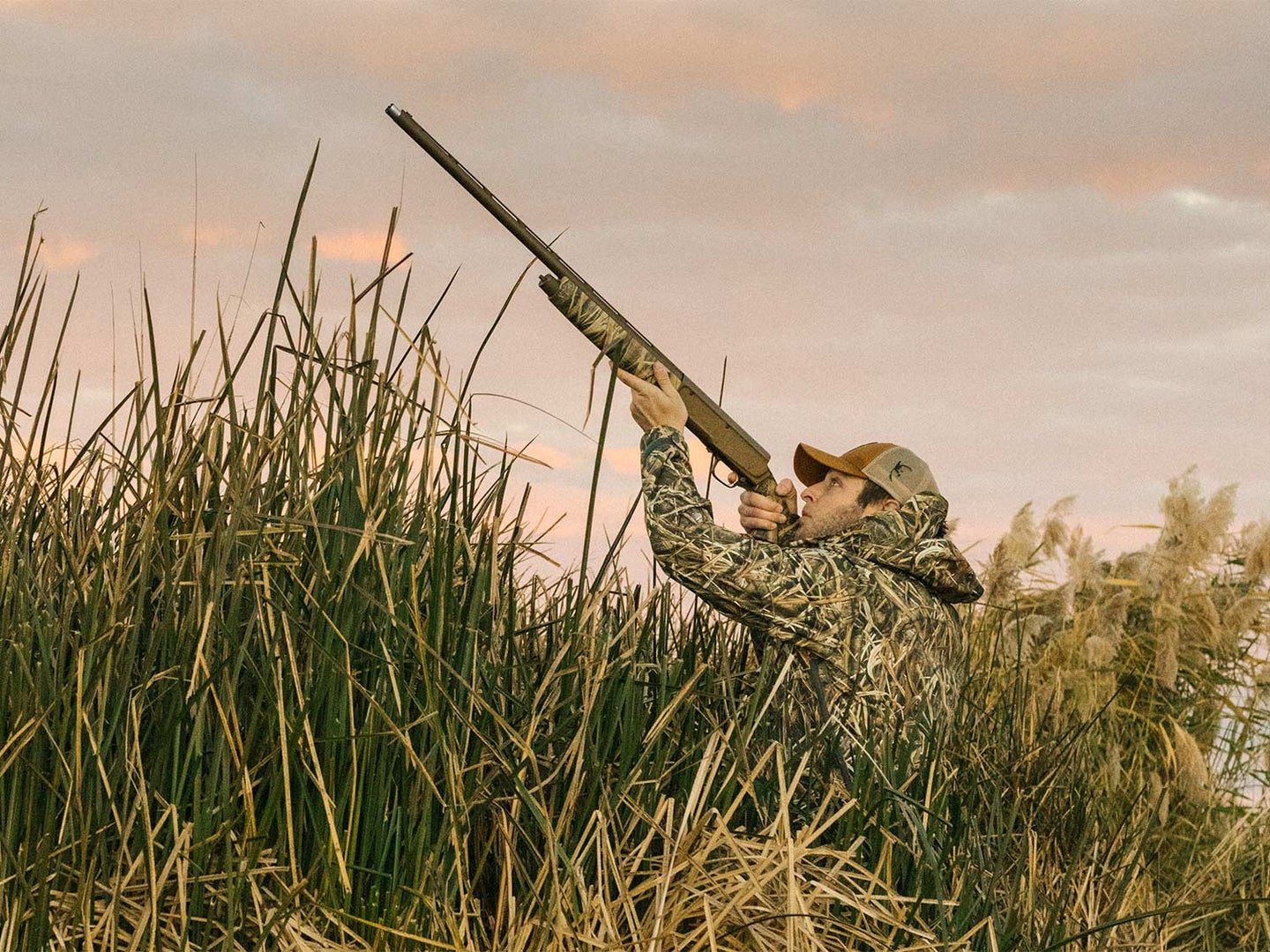 A duck hunter pulls up with long-barreled Browning A5 Wicked Wing. Browning
SHARE

Used to be, back in the days B.C.T. (Before Choke Tubes), your choice of barrel length was made for you. Open-choke guns had 26-inch barrels; Modifieds were 28-inch; and Full-choke barrels measured 30 inches. With the introduction of interchangeable choke tubes, you could suddenly pick any barrel length/choke combination you wanted. It became entirely possible to shoot ducks with a 21-inch Full-choke barrel or woodcock with a 30-inch Skeet barrel.

Freedom to choose guarantees that some folks will make bad decisions, and the trend among some hunters toward short-barreled shotguns saves the lives of countless gamebirds every year.

The Case for Longer Shotgun Barrels

Short barrels make a gun light in the muzzle and therefore fast to the target. Too many of us remain enthralled by the notion of speed out of the blocks; we don’t stop to consider that a gun that starts quickly stops just as quickly. If you don’t make a conscious effort to keep a short-barreled gun moving, it will lose momentum and stop. You’ll poke at the bird instead of swinging through it. We want to “paint birds out of the sky” with a smooth stroke, not spatter lead at them like Jackson Pollock.

The added weight of a long barrel smooths your swing and helps keep the gun moving for a positive follow-through. How important is follow-through? As one instructor told me as I shot behind a succession of clays: “On a scale of 1 to 10 in importance, forward allowance is a 10. Follow-through is a 10,000.” For field shooting, I like 28-inch barrels on over/unders and side-by-sides (they look better with longer barrels, too), especially in smaller gauges. Pumps and autos, with their longer receivers, can get by with 26-inch barrels, although my preference is for repeaters with 28-inch barrels, or even 30 inches for waterfowl.

Shoot a few longer-barreled guns, and you’ll be surprised to find they can get on target quickly enough, yet still add some discipline to your swing.

Look at the fastest clay-target game of all, International skeet. An International skeet shooter must hold the butt of the gun in contact with the hipbone until he sees the target, then mount and shoot at a clay traveling 65 miles per hour. The variable delay built into the traps means the bird may rocket from the house the instant the shooter calls “pull,” or up to three seconds later. If ever a game cried out for a quick-draw shotgun, it’s this one, and yet the winners all shoot o/u’s with 28- or even 30-inch barrels.

Lightweight Shotguns Don’t Have to Be Short

Often, people buy short-barreled guns because they’re lighter than longer-barreled models. Certainly the simplest way for a gunmaker to trim weight is to chop a few inches off the barrel. If you’re shopping for a lightweight shotgun, however, you have plenty of other options besides short-barreled models: Beretta’s Whitewing, for instance, is my new favorite “entry-level” o/u. It weighs under 6 pounds in 20-gauge and about 6¾ pounds in 12-gauge, even with 28-inch barrels.

A couple of seasons ago, I shot an Ithaca Ultra Featherlight pump for a while that I had special-ordered with a 28-inch barrel. Weighing under 6 pounds, it carried effortlessly in the field and was quick to point but very easy to shoot well. Browning’s Citori Feather is extremely light, but it realizes its weight savings through an alloy receiver, not a short barrel, so it weighs next to nothing yet swings very nicely indeed.

People choose barrels for reasons that actually make very little practical difference. Longer barrels have their advantages, but they do not “shoot harder” than shorter ones. Well, not much harder, anyway. There is a slight increase in velocity with longer barrels, on the order of 5 or 6 fps per inch of barrel with most loads. You’ll read, too, that longer barrels offer a lengthened sighting plane. Maybe for some folks they do, but when I’m looking over the rib at a target I can’t tell if the gun’s barrel is 20 inches long or 40.

Although I’ve confined this discussion primarily to the uplands, it hasn’t escaped my notice that some duck hunters shoot 21- to 24-inch barrels, too. Don’t get me started. Suffice it to say, if you insist on shooting such a gun at waterfowl, bring earplugs for everyone in the blind.

Short barrels theoretically handle better in the brush, but I’ve found it’s rarely those last few inches of muzzle that tangle up in the greenery. Bushes, branches, and vines are more likely to grab you in a bear hug than they are to catch your gun’s muzzle. However, sling a long-barreled gun over your shoulder as you so often do in the turkey woods, and it will stick up over your head like an antenna, snagging all manner of overhanging shrubbery. So cut-down barrels have their place, after all—on turkey guns. And that is the long and short of it.