The 10 Rules of Rifle Maintenance

Keep your rifle in perfect working condition with these steps 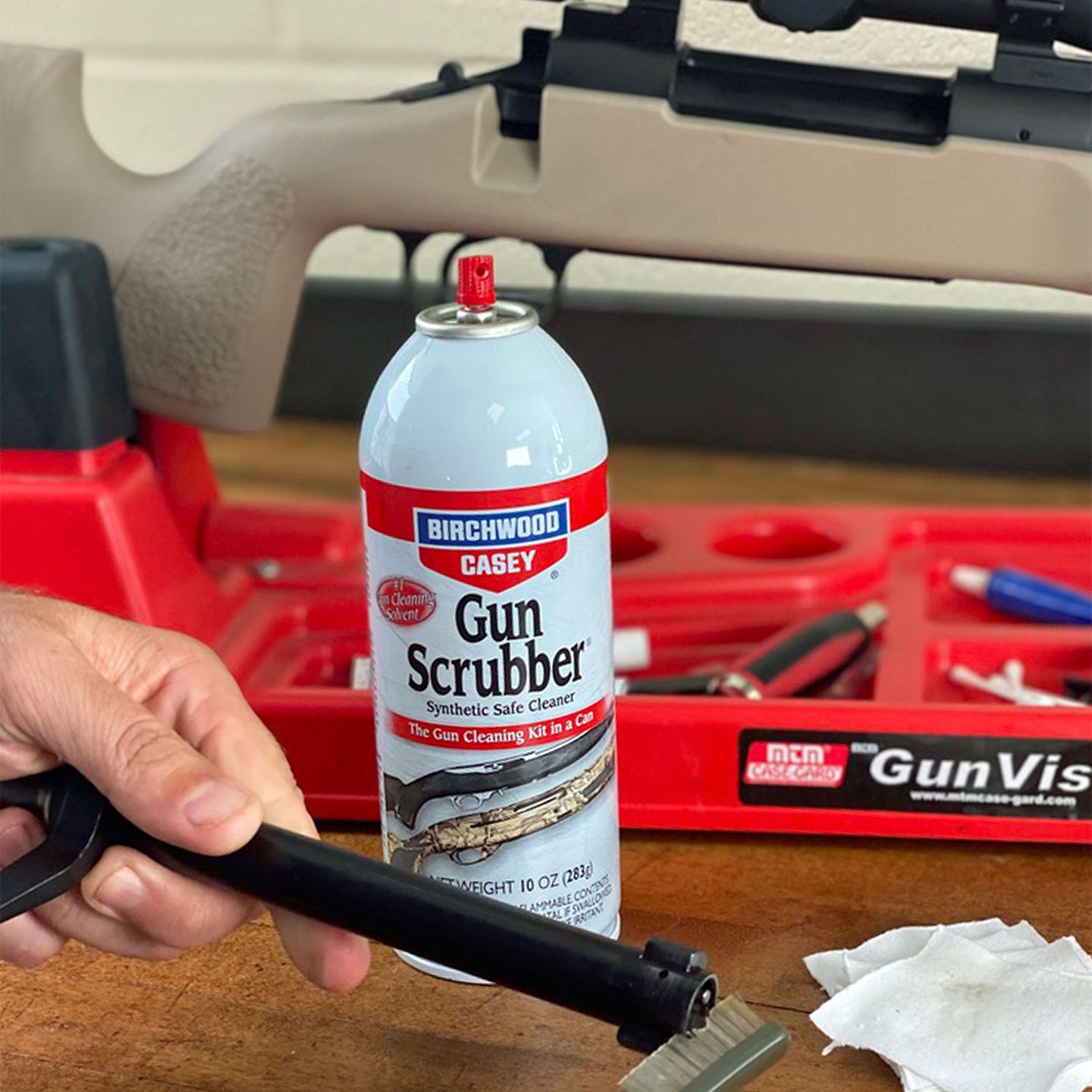 The tragedy of rifle neglect (like dandruff or flatulence) occurs even in the finest people. But that doesn’t make it right. Your rifle wants to be your friend and will perform faithfully for you. All it needs to succeed at this is some careful but cheap attention, outlined in these 10 steps.

Rifled barrels must have absolutely uniform dimensions (to the ten-thousandth of an inch) in order to be accurate. When you don’t clean a barrel and the fouling starts building up, accuracy goes out the window. So, first scrub away with powder solvent, patches, and a phosphor-bronze brush. Then polish all the little grooves and lands with J-B Non-Embedding Bore Cleaning Compound. When you can no longer see copper streaks from the muzzle end, you’re done.

Major dents in wood stocks can often be raised by laying a damp cleaning patch over the depression and heating the cloth with the tip of a hot iron. The steam will work its way into the wood fibers, causing them to swell, and the dent will either diminish or vanish.

3. Hose down your rifle’s action.

Get a can of Birchwood Casey Gun Scrubber. Next, take your barreled action out of its stock and remove the scope. (If you have a lever or pump or auto, remove the buttstock.) Now, working outdoors and wearing safety glasses, spray down the action, and in the case of a bolt gun, the trigger as well. The most amazing stuff will come out. Do not re-oil. I will say that again: Do not re-oil.

4. Remove all gunk and goo.

While the barreled action is out of the stock, wipe off the accumulated goo that’s on the underside of the barrel and receiver. Do this to the corresponding surfaces in the stock as well. Re-oil the metal surfaces you’ve just cleaned. Lightly.

While the scope is off the rifle, make sure the base screws are tight. If you’re really conscientious, remove the bases and check for oil that’s seeped underneath. Wipe it off. Degrease all surfaces, including the base screws and screw holes, and replace the bases. Be sure that the screws are as tight as they were before.

Treat your delicate optics kindly; use camera lens cleaning solution and lens tissue. You can find them at any photo-supply store.

7. Remove rust from your rifle.

Light rust can be removed by scrubbing with 0000 steel wool and a little oil. A rusted trigger is a more serious problem; a gunsmith will have to take it apart and clean or replace it.

Some shooters consider bright spots to be the equivalent of campaign ribbons. I do, to an extent. But they are more likely to rust than blued surfaces, so you may want to get rid of them with a bottle of gun blue.

The best place to get new screws is from a gunsmith. They buy spare ones by the bushel and can sell you the exact number and size you need. This includes not only ring and base screws but also bedding screws.

Replacement torx screws are easy to drive in tight and hard to strip or burr. Amazon

Even if your slot- or hex-head base and ring screws are not damaged, consider replacing them with torx screws. These rank among the great inventions of man because you can drive the suckers in tight and they are almost impossible to bugger up, even by the most ham-handed people. Base screws should be tightened until blood seeps from your fingernails. Ring screws should be tightened firmly, not obsessively, because you may have to take your scope off in the field, where a screw that won’t budge is the last thing you need.