The lavishly decorated sidearm, given to TR on his 54th birthday, fetched more than double its estimated value at Rock Island Auction Company’s “Auction of the Century” 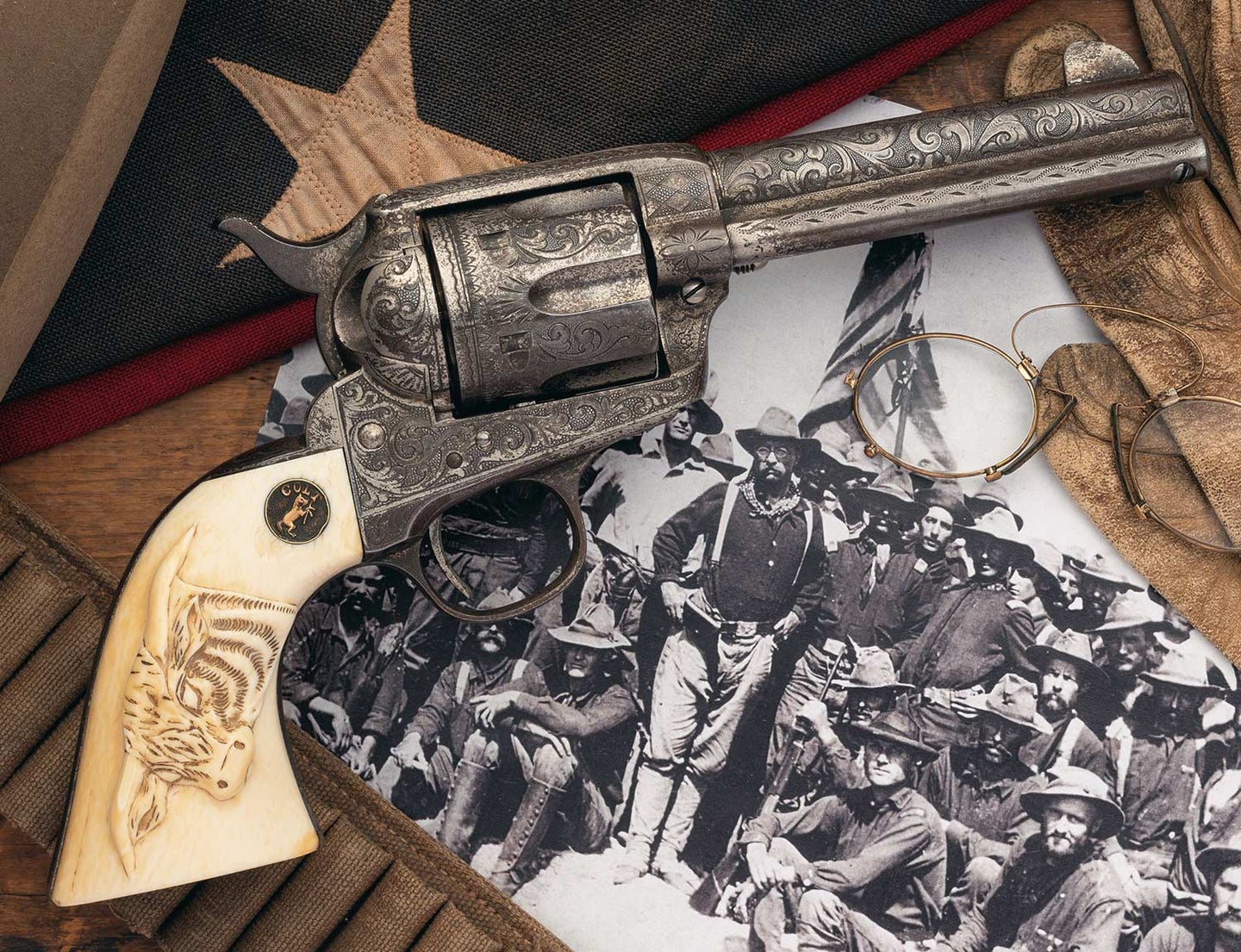 A Colt Single Action Army revolver belonging to President Theodore Roosevelt sold for over $1.4 million at Rock Island Auction Company’s December Premier Auction held December 4, 5, and 6. Presented to the 26th president on the occasion of his 54th birthday on October 27, 1912, the lavishly engraved revolver features silver plating and Number 5 engraving (Colt’s highest grade) executed by Cuno Helfricht, head of Colt’s engraving shop for many years. Helfricht was especially known for his scroll engraving, which covers this example. The gun’s ivory grips feature a steer’s-head decoration.

Although the original factory order exists, there is no record of who among TR’s friends and admirers placed the order or presented it to him on his birthday. In October of 1912, Roosevelt was running his third presidential campaign, this time as an independent, representing the Progressive or “Bull Moose” party. Whoever ordered the revolver was undoubtedly aware that Roosevelt had survived an assassination attempt four days earlier. Roosevelt was shot after dinner in Milwaukee, on his way to deliver a speech. A copy of the speech, folded in his pocket, and his glasses case, slowed the bullet enough that the wound was not life-threatening. Roosevelt gave his 90-minute speech with the bullet still lodged in his ribcage.

Chambered in .38 Colt, Roosvelt’s SAA has a 4-3/8-inch barrel. Mindful both of the attempt on his own life and the assassination of President McKinley in 1901, Roosevelt almost always carried a handgun for personal protection. He probably carried this particular revolver sometimes, and it may have accompanied him on the hazardous River of Doubt expedition to the Amazon he undertook after losing the 1912 race. Whatever the case, the silver plating shows wear indicative of lots of use.

While most of Roosevelt’s personal firearms, like his Fox shotgun and “Big Medicine” 1895 Winchester rifle, are well known, the engraved SAA was only recently discovered, and the auction was its first sale. Valued at an estimated $350,000 to $550,000, the Colt wound up selling for $1,466,250 to an unnamed private buyer.

The revolver was the star attraction at the Rock Island Auction’s recent “Auction of the Century” which included historical firearms and guns belonging to Elvis Presley, Annie Oakley and Tom Selleck among others. The auction earned $22,000,000, setting an industry record.