The 15 Best Personal Defense Ammo for Handguns, Rifles, and Shotguns

If your life is on the line, these cartridge-load combinations can give you an edge 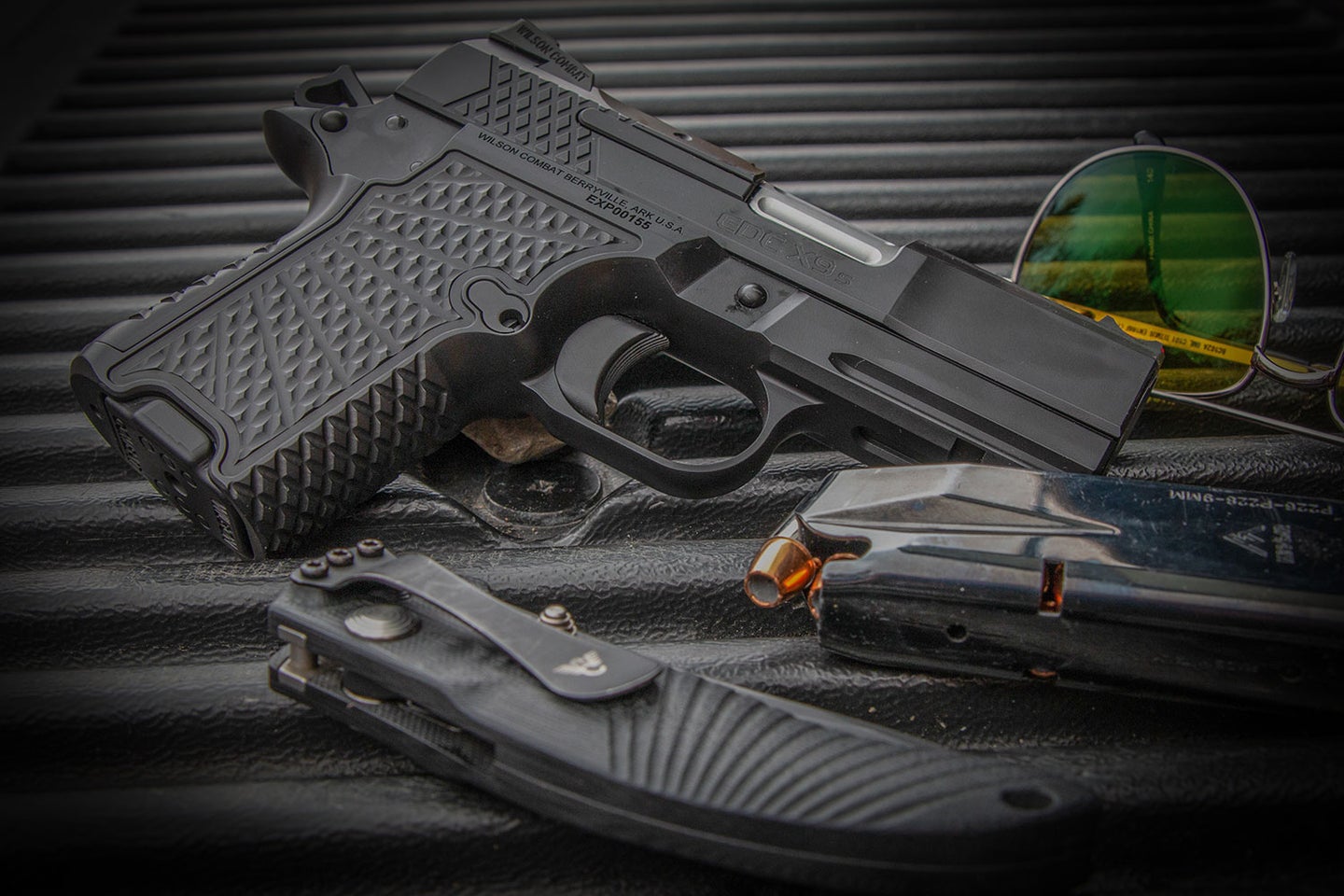 Every day it’s becoming clearer that you are responsible for your own personal safety. And to be able to do that effectively—in the worst circumstances—you will need a reliable gun chambered for a cartridge for which you can find fight-stopping ammunition. Considering that there are more than 200 loads available just for the 9mm Luger, the options are endless. None the less, there are some personal-defense cartridges and loads that stand out from the crowd. If the time comes when you must shoot to save yourself, your mindset and shot placement will matter most, but here are 15 best of the best-performing cartridge-load combinations that’ll give you an edge with a defensive handgun, rifle, or shotgun.

Likely one of the most overlooked and best-performing defensive loads for a revolver that’s offered, the 100-grain Gold Dot out of a .327 Federal Magnum embodies the term wickedness. In 10-percent ordnance gelatin, this load will consistently deliver 15 inches of penetration and deform with a frontal diameter of more than a half-inch across. And it does this with less recoil than comparable .357 Magnum loads. Obviously, there are not a lot of .327 Federal Magnum revolvers to choose from, but with the excellent six-shot, 17-ounce Ruger LCR, you don’t need a lot of choices. A 20-round box has a suggested retail price of $30.99.

Many argue whether the 115- or 147-grain bullet is the best choice for the 9mm Luger. The truth, like with most things in life, lies in the middle. Remington’s 9mm 124-grain +P Ultimate Defense Full Size Handgun load utilizes the 124-grain Golden Saber bullet. It has a muzzle velocity of about 1100 fps out of most mid-size handguns and delivers what might be considered an optimum level of terminal performance. Pushing to a depth of around 15 inches, with expansion equaling near 1.8 times its original diameter, this is the load that all 9mm defensive loads should be judged by. If you have one of the ultra-compact 9mm handguns, the Ultimate Defense Compact load is almost as good. Both retail for $23.20 per box of 20.

Regardless of where a debate about the best defensive handgun cartridge leads, the .45 ACP cartridge will always be in the discussion. It’s hard to ignore a bullet that will punch a hole that’s nearly a half-inch wide—even if it does not expand. Expansion, however, is not something you have to worry about with the Federal HST bullet. In bare 10-percent ordnance gelatin, this bullet will expand with a frontal diameter that measures more than ¾ of an inch across, while still penetrating about 14 inches. The main downside to .45 ACP handguns is limited capacity, but, if you’re punching holes that are that deep and that wide, you may not need all those extra shots. Twenty-round boxes of this naughtiness retail for $33.

Even in the age of the semi-auto handgun, revolvers are still a viable choice for personal protection, and no revolver cartridge has a better record for stopping bad guys than the .357 Magnum. But compact revolvers loaded with full-power .357 Magnum ammo have violent recoil. An ideal option is this .38 Special load from Buffalo Bore. Engineered to maximize the effectiveness of the 38 Special, the bullet will expand at impact velocities as low as 800 fps, and it is loaded with low-flash propellant to protect your night vision. Whether you go with .357 Magnum or .38 Special, it does not matter—this is a fantastic load. Twenty rounds sale for $31.68.

It’s true that a lot of law enforcement agencies—including the FBI—have abandoned the .40 S&W for the 9mm Luger. Though not as popular as it once was, the .40 S&W is still just as effective as it ever was. Remember, the .40 S&W came about due to the FBI’s search for the ultimate cartridge for a duty handgun. A lot of .40 S&W defensive loads expand very wide, and while this does create a nasty wound cavity, penetration is sacrificed. The Hornady Critical Duty load eliminates those worries and will generally drive to between 14 and 16 inches, while expanding to at least 1.5 times its original diameter. The suggested retail for a 20-round box is $26.

The new Force X2 12-gauge offering from Federal is loaded with nine copper-plated 00 FX2 buckshot pellets. These are not your granddad’s buckshot pellets; each pellet has a slot cut into it that makes it split almost immediately after impact. This doubles the number of wound channels from nine to 18. The advantage of these splitting pellets over smaller shot, which would also deliver more pellets on target, is that the Force X2 pellets are larger in diameter, even after they split. Force X2 is also loaded for more manageable recoil and a 10-round box retails for $23.

Many who consider themselves tactical experts will proclaim that bird or small game shotshells are not suitable for self-defense. Well, they’re wrong. However, once the range exceeds past about 10 feet, due to pattern spread and minimal penetration, common shot might let you down. In those instances, you need buckshot—and what makes this load so special is the Flitecontrol wad. It is capable of holding a nine-pellet 00 Buck pattern smaller than eight inches out to 25 and even 30 yards. Given this level of performance, $9 for a five-round box is a steal.

The downside to shotshells, regardless of the shot size, is reach and effectiveness at distance. Though it might be rare that you need to shoot in self-defense at distance, the need could still arise. A 12-gauge shotgun slug is one of the most devastating projectiles that can be launched from a handheld firearm, and it can be accurate and effective out to 100 yards and beyond. This PDX1 Defender load from Winchester offers an interesting solution to the question of buck or slug; it is loaded with a 1-ounce rifles slug and three plated 00 Buck pellets. It’s sold in boxes of 10 with a suggested retail of $18.

The 12-gauge shotgun is undeniably the throne sitter when it comes to self-defense. Its payload is just too large for lesser gauges to compare to. However, that does not mean that a 20-gauge shotgun will not stop a threat. This unique Ultimate Defense load from Remington is filled with 17 No. 3 buckshot pellets. In case your mathematically challenged, that equates to 17 holes in whatever threat you might be trying to stop. Also, the recoil of a 20-gauge shotgun is substantially less than that of a 12-gauge. The suggested retail price for a five-round box is $5.58.

What about the .410? Can it be an effective fight stopper? With the right ammunition—hell yes. Winchester has a very special load for the .410 and it consists of a 3-inch shell loaded with 4 plated .40-caliber disks and 16 plated 0.17-inch BBs, with a muzzle velocity of about 750 fps. That’s potentially 20 separate wound cavities, delivered by a payload weighing more than 400 grains with a muzzle energy of more than 500 foot-pounds. This load is not just for shotguns either; it’ll work in Taurus Judge revolvers as well, but with a reduction in effective range. A 2 ½-inch shell with three disks and 12 BBs is also offered. Suggested retail price is $18.

When it comes to rifles for self-defense, about any rifle cartridge can be effective when loaded with the right bullet. Given the popularity of the AR-15 platform, the .223 Remington/5.56 NATO is the most prolific self-defense rifle cartridge. You’ve probably heard rumors and war stories how the 5.56 NATO can deliver less-than-desirable results in combat. But here’s the thing—military units are not using the Speer 62-grain Gold Dot load. This magnificent bullet will double in diameter and penetrate 16 inches. A 20-round box retails for $26.

Though the true forte of the .300 Blackout is suppressed, subsonic fire, subsonic .300 Blackout loads are not the best for personal protection because expansion is limited and penetration can be excessive. That’s not the case with this load. Pushing a 110-grain V-Max bullet in excess of 2300 fps guarantees this bullet will violently expand and create massive internal damage. Hornady Black ammunition is also engineered to reliably function and cycle in direct impingement and gas piston guns, suppressed or unsuppressed. This stuff retails for $25 for a box of 20, but you can also purchase an ammo can containing 200 rounds for $198.24.

You may not think of the century old .30-30 cartridge as a self-defense round. However, for many years, in many homes, a .30-30 lever gun has been the behind-the-door, go-to gun for whatever need might arise. The .30-30 cartridge combined with a fast-handling and compact lever gun is indeed suitable for self-defense. No manufacture currently makes what would be considered a true self-defense .30-30 Winchester load, but any .30-30 Winchester load will deliver serious lethality against human predators. What you want however is something with limited penetration to circumvent collateral damage. The answer? Federal’s 125-grain JHP. It will violently expand and only penetrate to about 14 inches. Suggested retail for 20 rounds is $23.

Let’s be clear about something: If you hit a bad guy with any load from a .308 Winchester, it will put an unmeasurable amount of hurt on him. What you want, however, is lethality without over-penetration, while retaining the ability to defeat intermediate barriers and remain effective. Speer’s 150-grain Gold Dot load will do all of that, and the bullet will never penetrate more than about 20 inches—regardless of the barrier—and it will almost always expand to at least double diameter. Suggested retail is $31.

The 9mm Luger is generally not thought of as a rifle cartridge, but we’re seeing a proliferation of pistol caliber carbines, like the Ruger PC Carbine, for home defense. It’s a grand idea. Recoil and noise are substantially less than common rifle cartridges and this makes for a very controllable carbine. But you have to be careful with ammo selection; 16-inch carbine barrels will generate about 200 fps more velocity. Bullets must be tough enough to hold together after impact. Speer’s 124-grain Gold Dot load, which is actually a great choice for pistols too, will generally expand to almost twice its original dimeter and penetrate between 16 and 18 inches out of a pistol caliber carbine. Retail price for a box of 20 is $29.