The Best Rimfire Rifles To Improve Your Shooting

A .22 Long Rifle is the cheap and easy way to become a better rifle shot. Here are the best rimfire rifles to sharpen your game 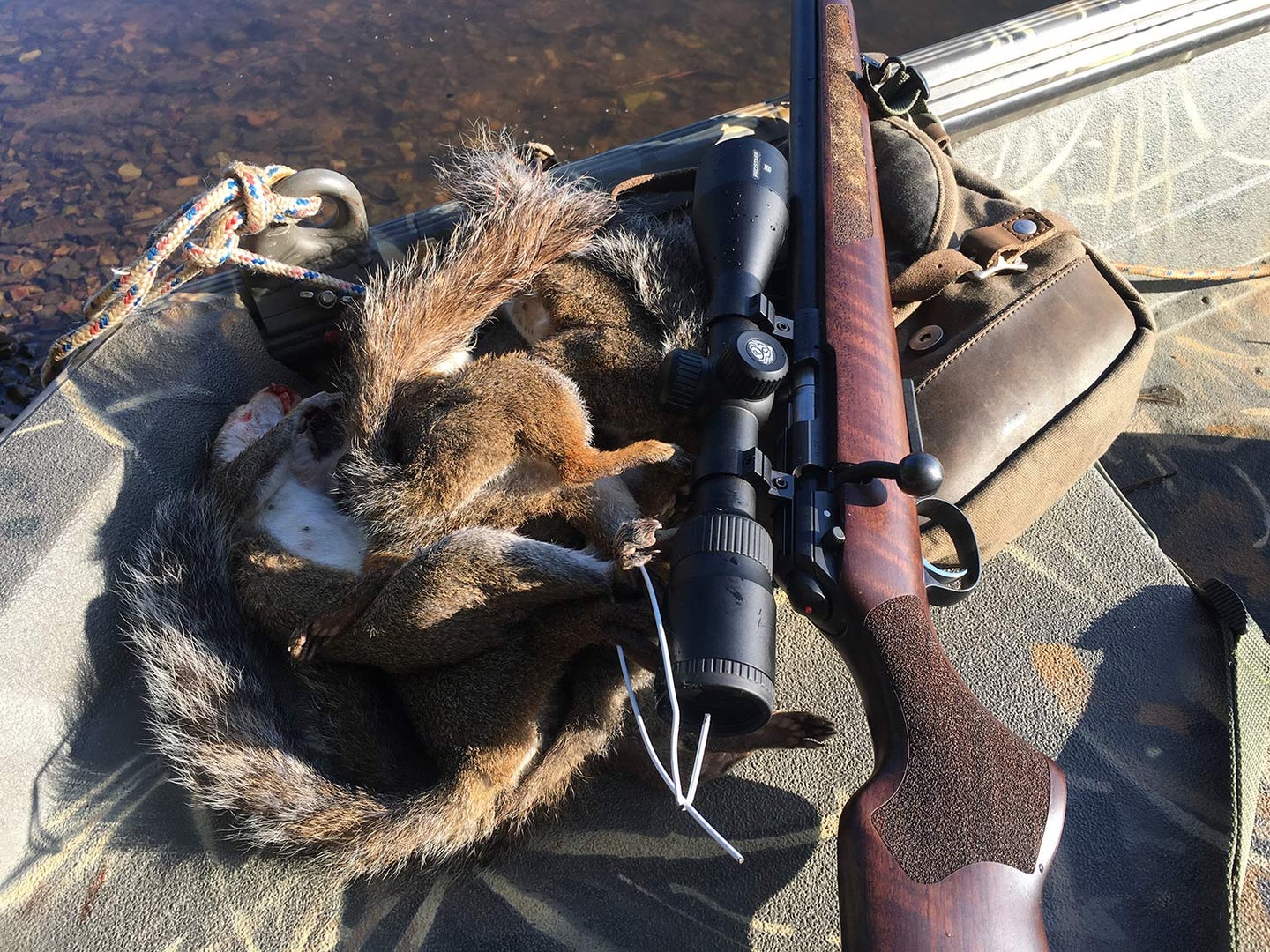 The other night I figured out that, in the last 10 years, I have shot up roughly 10,000 rounds of .22 ammo. Some of this was fired in the course of testing rifles and cartridges, but the overwhelming amount was spent in practice, firing at paper targets.

Shooting, like any sport, is learned by repetition. That’s why golfers hit buckets of balls and baseball players spend hours in the batting cage. But high-rep practice for riflemen presents a problem: If you shoot a lot of centerfire ammo, you will end up broke, deaf, and foolish.

The answer is an accurate .22 rimfire rifle that will allow you to drill thousands and thousands of holes in paper with manageable noise, no recoil, and bearable expense.

Why Paper Targets are Best for .22 Practice

Most people plink with .22s because shooting at tin cans is fun. But fun, like elk liver, is good only in very small amounts. What you need is not fun, but a paper target, which will talk to you and say things such as “Your shooting really needs some work.”

If I haven’t shot for a while, I usually gape in horror at the first target I shoot, and then watch the increasingly tighter groups as I slowly get back to where I should be. I divide my practice between the kneeling and offhand positions. Kneeling, I believe, is the most useful of all the positions. It’s not as steady as sitting, but is faster to get into, pretty stable, and it gets you up above the weeds and the brambles so you can see your target. Offhand is the toughest position by a mile, and distressingly often, a hunt hinges on your being able to shoot from it.

Read Next: 8 Match-Ready .22 Rifles for Any Budget

What You Need in a Rimfire Rifle

The best .22 is the one that most closely resembles your big-game rifle. It should be accurate, which these days means being able to put five shots into a quarter at 25 yards from a rest. It should also have a good scope, not some piece of junk that you bought at a yard sale.

When you get your rifle, you should then invest in a box of every kind of .22 ammo you can lay your hands on and go shoot some test groups. You’ll find that there is a huge difference in accuracy between different makes and types of ammo. Then, when you’ve determined what shoots best, buy a brick of it, which is 500 rounds. If you’re really dedicated, you can get a case, which is 5,000. Don’t worry about wearing out your barrel; a .22 rimfire barrel, given proper care, will give you 500,000 rounds of first-class accuracy before the groups start to widen.

Here, in alphabetical order, are some of the .22s I’ve shot and think highly of. (Bear in mind that I haven’t shot everything that’s out there). Prices are suggested retail, but remember that there are used versions of most of these rifles that you can get for much less. —John B. Snow

Anschutz rifles have collected more gold than Smaug himself, and this model embodies that same accuracy in a package designed to appeal to American shooters. $1,199

This rifle can compete against rigs costing twice as much. An excellent value in a rimfire that’s match-ready out of the box. $1,245

This semi-custom bolt-action is at the top in looks, accuracy, and price (for what you get). $2,795

They call it the American because it has a push-to-fire safety, American Classic stock geometry, and is an accurate and elegant rifle that any rimfire hunter in our great 50 states would be proud to own. $515

If your deer rifle is a lever-action then this Henry is the rimfire to train with. It’s inexpensive, made in America, and the action is slicker than a bucket of eels. $386

With a synthetic stock only, this bolt-action costs lots of money but achieves accuracy that will make you light-headed. $1,850

This new rifle from Ruger’s custom shop takes the tried-and-true 10/22 and adds a lot of useful, and good-looking, accuracy bling. $899

This rugged little bolt gun has a 16.5-inch heavy barrel that is suppressor ready. It also comes with the adjustable AccuTrigger, all at a great price. $386

It’s an auto that will outshoot most bolt actions, looks great with the hardwood stock and blued metal, and doesn’t cost nearly what it’s worth. $472

This rimfire has great ergonomics, rugged construction, and good looks. It’s also accurate enough to pluck the eye out of a squirrel at 25 yards. $498

The V-22 action is one of the best rimfire designs, period. The Sinister is Vudoo’s most versatile model, a rig that can be used to hunt small game, plink at ground squirrels, and shoot in competition. $2,395

It won’t win any beauty contests, but it is light and cheap, making it a great choice for a youngster’s first rifle. $249