The 4 Best Wildcat Rifle Cartridges Ever

American riflemen have been inventing their own, unsanctioned rifle cartridges for roughly a century. Here are the greatest wildcat rounds of all time 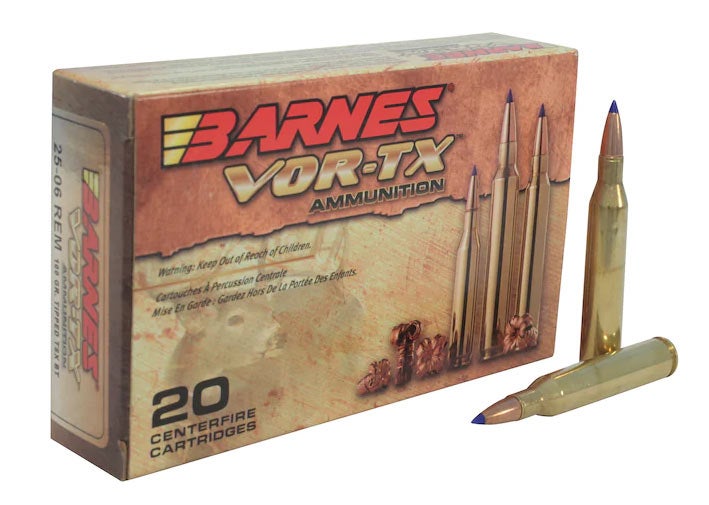 Wildcatting, the compulsion to turn one rifle cartridge case into another, is a uniquely American aberration, like corn dogs. Europeans don’t do it. Unlike factory cartridges, which are standardized and overseen by the Sporting Arms and Ammunition Institute, and unlike proprietary cartridges, which are more or less standardized and turned out in small numbers by custom and semi-custom rifle makers, wildcat cartridges are created by individuals, or two or three people, non-standardized, and not made for sale.

Wildcatting began in earnest in the early 20th century, reached its full fury after World War II, and has subsided somewhat, but only somewhat, since. If you’d like to get a grip on the subject, read Handbook for Shooters and Reloaders, Vols I and II, by P.O. Ackley, who was a gunsmith and probably our most influential wildcatter.

The vast majority of wildcat cartridges that have turned up over the years were at best marginal improvements over factory cartridges. Some of them—I’d guess quite a few—operated at rifle-demolishing pressures. But some wildcats filled a real gap in the cartridge firmament. The four that follow are, I believe, the best of them. They’re so good that the factories latched onto them, but wildcats they were for a while, and in some cases, for quite a while.

Beginning in the 1920s, woodchuck hunting became a part of the American shooting scene. Woodchucks originally lived in the woods, but then they discovered pastures and gardens, and rifle shooters found that it was diverting to shoot them at long range. And so it was that woodchuck cartridges began to appear. There was the .22 Hornet, and the .218 Bee, and the .219 Wasp, and the .219 Zipper, and the .220 Swift, and probably half a dozen others now swallowed in the mists of time.

In 1937, a trio of wildcatters named Grosvenor Wotkyns, J.E. Gebby, and J.B. Smith necked down the .250/3000 Savage case to .224 and christened it the .22 Varminter. They hit the jackpot. There were several variations on their cartridge, but all would do the same things. The Varminter was superlatively accurate and delivered much higher velocities than any .22 centerfire but the Swift (which was handicapped by a tidal wave of gun-writer bullsh*t claiming that it ate barrels, was tricky to handload, etc.).

The .22/250 was hugely popular as a wildcat, and in 1965 Remington added it to their line where it has continued to flourish. It began with 50- and 55-grain bullets which, if you handloaded, operated in the 3,200 fps to 3,600 fps bracket. If there is an unfussier cartridge to load, I don’t know about it.

Wooodchuck hunting has faded, courtesy of coyotes who returned to the East. Woodchucks who did not want to become song-dog poop left the pastures and went back to the woods where they remain. The .22/250, ironically, is now probably most popular as a coyote rifle.

It’s also a very effective non-recoiling deer-and-antelope cartridge when loaded with big-game bullets. I still own a .22/250, and have given up on 50- and 55-grain bullets in favor of 60- and 65-grainers. They don’t go as fast, but I think they’re more efficient.

In 1920, Adolph Otto Niedner, owner of the Niedner Rifle Company in Dowagiac, Michigan, necked down the .30/06 case to .257 and produced one of the most versatile and underrated wildcats of all. Niedner already had an interesting resume: Apache Indian fighter as a soldier in the U.S. Army, police officer, weaver (for a company that made linen socks), gunsmith, custom-rifle builder, and eventually mayor of Dowagiac.

Initially, the cartridge was known as the .25 Niedner, and it had considerable success. But its full potential was realized only gradually when slow-burning rifle powders (IMR 4350, in 1940, and Hodgdon 4831, after WWII) came along.

The new wildcat quickly proved to be an exceptionally versatile round whose very mild recoil was all out of proportion to the wallop it packed. Neidner’s masterpiece has always reminded me of a really good welterweight prizefighter who does not look like he packs enough muscle to nudge a sparrow off a thistle, but knocks people absolutely bowlegged.

It’s just the ticket for varmints (although too much gun for prairie dogs), and it’s ideal for deer, antelope, caribou, or any other ungulate in that size bracket. The .25/06 produces only 12 foot-pounds of recoil, works very well at long range, and shoots tiny groups.

In the early 1960s, Winchester set about designing a cartridge what would produce .270 ballistics from their short-action Model 88 lever-action and Model 100 auto rifles. In 1963, the new round made its appearance and bore the headstamp .284.

This radical round was short enough to work through a .308-length action. It had a rebated rim (the rim was smaller than the diameter of the case body), hardly any case taper, a fat body nearly as large as a magnum case, and a very sharp shoulder. It would fire a 150-grain bullet at over 2,800 fps.

The .284 didn’t help the sales of either rifle. Both lived short, inglorious lives, and the cartridge might have died with them except that it made wildcatters dizzy with joy. It was necked up and down, and probably the two most successful conversions were the 6mm/284 and the 6.5/284. The former would make 6mm bullets go very, very fast, while the latter proved to be a standout at long range.

Combined with slow modern powders and super-aerodynamic 6.5mm bullets, the 6.5/284 has excelled for years at 1,000 yards. It’s capable of very high accuracy; its case is shaped very much like a modern benchrest case, which makes for precise chambering.

In a hunting rifle, it’s just as effective. It will do anything the 6.5 Creedmoor will, except farther out, thanks to its higher velocity. All this comes with modest recoil and fairly good barrel life. The best bullet weight is 140 to 147 grains, and you can get 2,900 fps with no trouble. The velocity is deceptive; it doesn’t break the magical 3,000 fps mark, but those long, heavy bullets continue to go fast way out there.

For years, the 6.5/284 was handicapped by lousy Winchester .284 brass. The cartridge did not sell well, and when that happens factories tend to ignore it and let its quality control slides. This changed in 1999 when Norma adopted the 6.5/284 and good brass once more came on the market. Some of the 6.5/284′s thunder has been stolen by the Creedmoor frenzy, but it remains one of the very best long-range rounds you can lay your hands on.

In 1956, Winchester announced the .458, a cartridge which was meant to compete with British big-bore rounds by firing a 500-grain bullet at 2,150 fps, which duplicates the .450 Nitro Express and the .470 Nitro Express. Chambered in the Model 70, this offered an affordable rifle/cartridge combination to poverty-stricken safari-ists.

But there were problems. Users, some of whom knew what they were talking about, claimed that velocity fell way short, and that the round lacked the wallop it should have packed.

Among these was an American gun writer named Jack Lott, who ran afoul of a buffalo in Mozambique in 1959. Lott decided he needed a cartridge with more thump. In 1971, he designed (on a diner napkin, legend has it) a lengthened version of the .458 that gave 500-grain bullets an authentic 2,300 fps.

The Lott is pretty much the ideal dangerous-game cartridge. It’s as powerful as the heavy British double-rifle cartridges but without their prices. The ammo, which was picked up by A-Square in 1995 and later by Hornady, is not insanely expensive. It does not have the inhuman recoil of the big Weatherby rounds, although the kick is pretty grim.

From what I’ve seen the .458 Lott has made considerable inroads among professional hunters who want a rifle that will bash something so that it stays bashed. The Lott will do just that.