What happened to all the ammo? Well, it’s not in a secret warehouse or at Area 51. Here are the 7 real reason why you can’t get the rounds you need 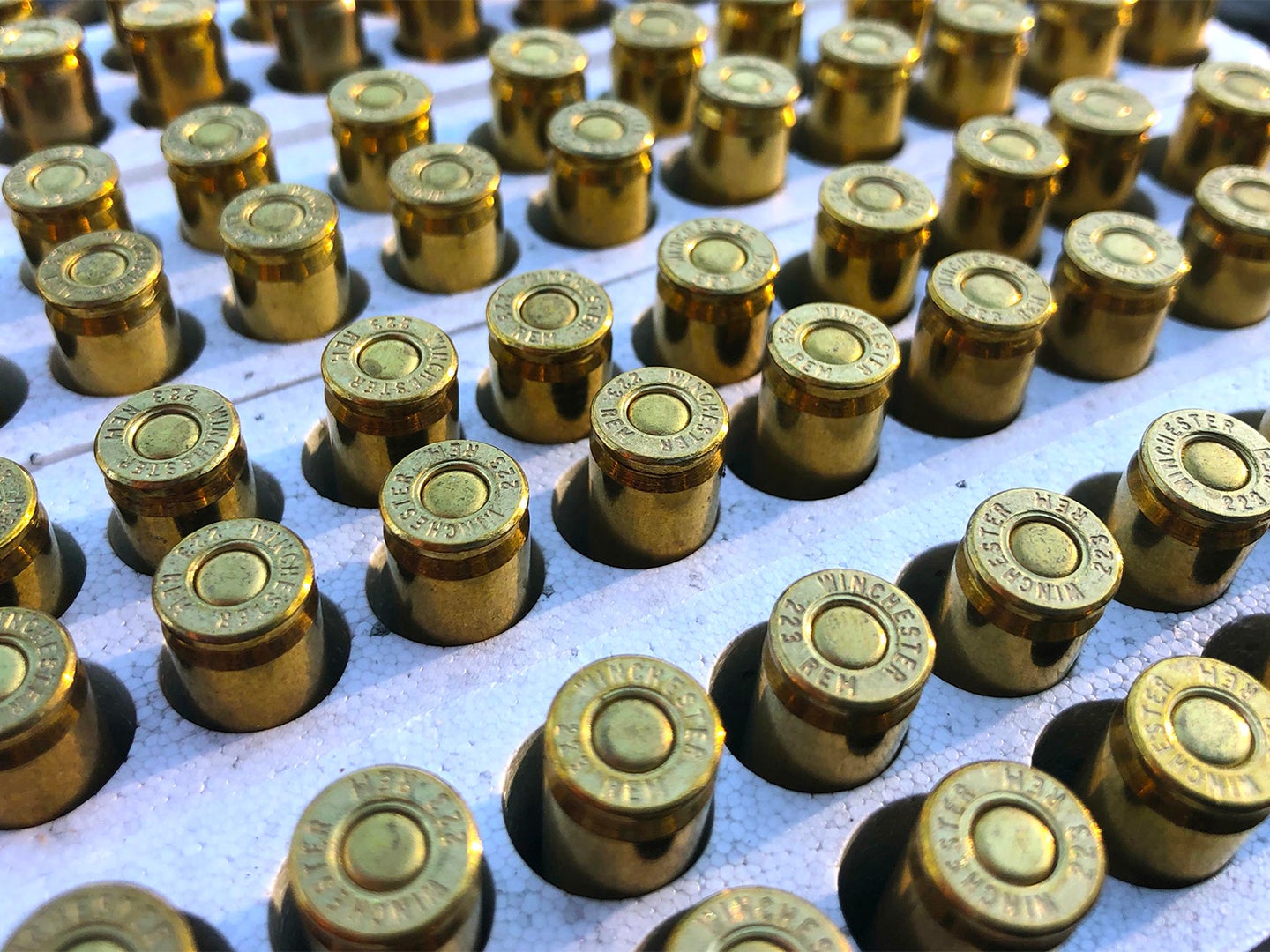 Where has all the ammo disappeared to?. Dave Hurteau
SHARE

It’s the perfect storm, a series of unfortunate events, and it has left ammunition shelves as empty as the toilet paper aisle was at the grocery store this time last year. You can’t find enough ammo to attend a concealed-carry class. You can’t get a single box to sight-in your .30/06 or enough shells to go turkey hunting. You can’t even take your kids plinking with .22s. If you do score some ammunition, you feel like you’ve either won the lottery or scored in some illicit black-market deal.

It’s hard to accept the fact that ammunition—once roughly as obtainable as the oxygen we breath—cannot be found. The understandable frustration has spawned a bunch of conspiracy theories—that the government is hoarding ammo or that manufacturers are holding back to drive up prices—but in reality, it’s largely economics 101. Demand is through the roof, and supply can’t seem to get up the stairs. But how did we get to this state? Here are the seven main reasons you can’t buy the ammunition you want.

1. Everyone was caught off guard.

It’s natural to want to blame the manufacturers, and go ahead if it makes you feel better, but they weren’t the only ones unprepared for this level of demand. In fact, some ammo makers did make moves to increase supply. According to Federal’s president Jason Vanderbrink, the company recently invested millions in capacity expansion, and were able to dramatically increase production. But other, smaller ammunition companies were already working at near capacity before the pandemic hit.

What’s more, those magnificent ammo-making machines must be fed. Providers of the raw materials that are needed to make ammo—copper, lead, gilding metal, gun powder, and the like—were also not prepared to double, much less triple, their production and distribution. Right now, they cannot keep up with what the ammo makers are asking for.

And let’s face it, we were even less prepared. Had gun-owning Americans maintained a reasonable stock of ammunition, as opposed to only buying when they shoot, the situation would not be near as dire. Fat and happy with a pro-gun president, we set the demand low, and suppliers adjusted. We used to whine about hoarders, but now everyone wishes they’d done some hoarding of their own.

It goes without saying that the pandemic has had a huge effect on demand for ammo. But COVID has has messed up supply, too. With the restrictions and quarantines, manufactures, suppliers, and delivery companies have had trouble fielding a full workforce. Sure, they could hire new employees but that’s not as easy as you might think, and new employees also have to be trained; you don’t want just anyone making your ammo, do you?

Bill Wilson at Wilson Combat said that due to COVID restrictions, he has not had a full workforce on the floor for almost a year. It’s not that everyone at Wilson Combat has had the virus, it’s the quarantines when an employee is exposed to someone—anyone—who may have it. Someone in your kid’s school tests positive, and suddenly you can’t go to work. For companies who make things, it’s hard to meet production goals with employees at home. And when companies do make things, they’re gonna make the things that sell the best, which takes us to reason number three.

If your after 9mm, .223, .308, and the like, good luck; so is your brother and second cousin and great grandmother. But at least companies are making that stuff, and trying to make more.

Last fall, owning guns in less-popular chamberings was a plus, as lesser demand made it available for longer. A couple months ago, I was talking to my contact at Hornady and asked if they had any ammunition on the shelf. He said, “Sure. Would you like some .458 Lott, .404 Jeffrey, or maybe some 9.3x74R?”

But not anymore. That stuff is gone now, too—and worse, it’s apt to stay gone for a while. Because virtually no one makes new guns for odd-ball cartridges, ammo makers know almost exactly how much of that stuff they’ll sell, based on past sales. So, they load these less-popular cartridges just once or twice a year. And that’s it. They’re not going to make more .32-20 Winchester or .250 Savage when they can’t keep up with the popular stuff. And even if they did, there will probably be someone jumping the line, and somebody like Bob helping them.

Who is Bob? In some places, cases of ammunition never get inside the gun store. I spent 13 years in law enforcement, in the same location; do that and you learn a few things. To protect the guilty, I’ll not name names, but I know a guy—we’ll call him Bob—who’s worked at a sporting goods store long enough to establish relationships with customers. When Bob knows an ammunition shipment is coming in, he lets his good customers know. They rendezvous out back, all cloak and dagger, and a transaction happens. The retailer is happy because the ammunition is sold. The customer is happy because he has ammo. Bob is happy because he got a nice tip. The rest of us are pissed, because we’ve still got no ammo. I have no doubt that similar deals go down everywhere, and when ammo does make it to the shelf, it’s often rationed.

When ammo is finally in stock at the local shop, sales are often limited to a couple boxes, per customer, per day. You think the store is trying to be fair to everyone but in reality, they’re rationing to get more customers in the store. An acquaintance runs a gun store and uses this strategy because the more customers he pulls in, the more stuff—besides ammunition—he sells. And you can’t blame him, because he can’t make much money on ammunition when there’s so little of it to sell.

Big-box stores and on-line retailers have huge buying power because they have lots of customers and can spend large sums to stock ammunition.

Just like Bob, manufacturers and distributors take care of their best customers first. Small retailers struggle. A shop near me was recently able to purchase a good bit of 9mm ammo, but the distributor required that they also buy a large quantity of .50 BMG ammo. Why? The distributor needed to move the .50 BMG ammo, and his best customers didn’t want it. If the local shop hadn’t taken the deal, the 9mm ammo would have gone elsewhere. When local shops are low priority, customers in rural areas (where the nearest big box store is 20 miles off) feel the pinch the worst.

7. You don’t have enough money.

You can buy ammo. It’s out there. It’s just expensive. If you don’t mind paying a dollar per round, you can buy all the 9mm ammo you want. I found 50-round boxes of Remington 9mm FMJ ammo at outdoorlimited.com for $44.99 each. In case you were raised on Common Core, I’ll do the math for you: That works out to $0.90 per bang—double pre-pandemic prices. What about .223 ammo? Cheaper than Dirt is selling 20-round boxes of Winchester FMJ for $29.89. That’s more than a dollar a shot!

Money might not buy happiness, but it will buy ammo, and right now, for a more and more of us, ammo and happiness might be the same thing.