Video: Why Did This Giant Black Bear Emerge from His Den So Early?

Nuisance black bears are an issue across the country. Watch as this big fella takes a walk on a warm winter day 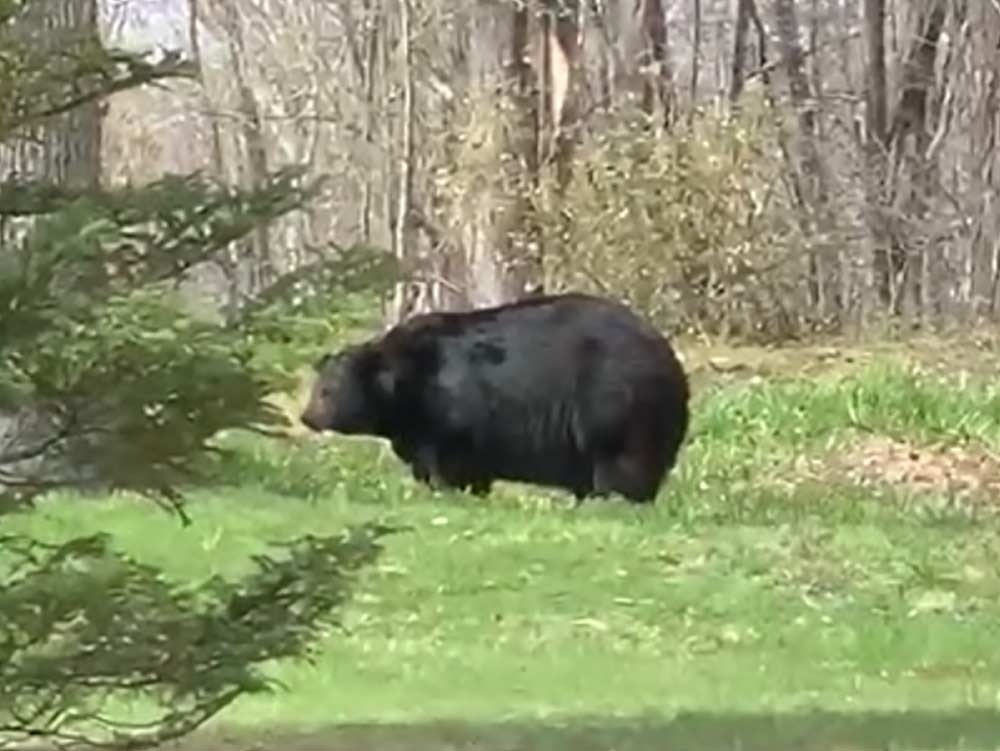 A black bear in the woods. Jeff Rimes
SHARE

While black bears in the upper Midwest and the mountain states of the West were settling in for their long winter’s nap, bruins in the generally warmer climes of the eastern U.S. sometimes suffer from a bout of midwinter insomnia. At least, the massive bruin in this video did.

Jeff Rines, who lives in the northwestern hills of Connecticut, spotted a giant of a winter roamer as he pulled into his yard in mid-January. “It was quite a specimen,” Rines said when describing the bruin that could likely tip the scale at more than 500 pounds.

As to why this bear is awake and moving about so early in the winter? Connecticut black bears are not classified as “true” hibernators, according to the state’s Department of Energy and Environmental Protection (DEEP). During winter denning, a bear’s body temperature is lowered and heart rate slowed—and denning bears do not eat, drink, urinate, or defecate. However, they will usually wake up if disturbed during their winter dormancy. The unusually warm and snow-less weather in Connecticut in January likely roused this big bear out of its den to get a quick snack at a local bird feeder or other easy food source before denning again as the February snow and cold hit.

Connecticut bears are no longer the aberrant misfits they once were. Although support for a limited hunting season has gained momentum in the last decade, the Nutmeg State currently has no means to control the growing population. Indeed, records state that bears entered 42 Connecticut homes in 2020, and sightings have been reported in 153 of 169 cities and towns. Although the Connecticut DEEP has supported a limited hunt in the Northwest Corner of the state, no legislative action has been taken. Meanwhile, bears seem to get bigger, bolder, and more abundant amid the suburban sprawl.

As for the black bear in the video above, though—what’s your best guess on its weight?