When the whitetail season is winding down, it’s time to stop waiting in the same old spots and go get your buck 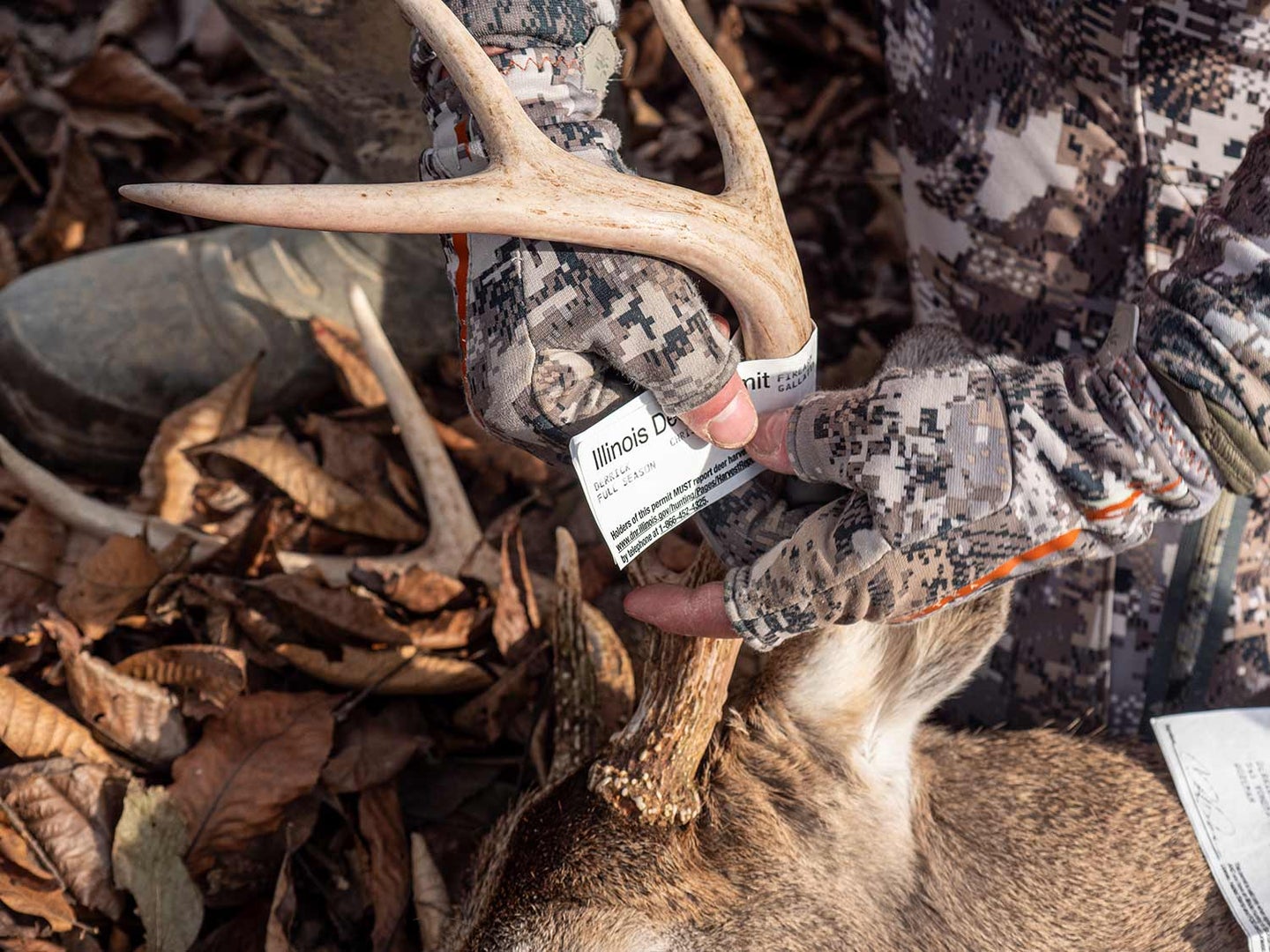 If you still have a buck tag to fill, it’s time to ditch the usual stands and blinds and get aggressive. The clock is winding down, for one thing, and you’ve got little to lose. But more important, it works. A few weeks ago, during the Illinois second gun season, I hunted with The Buck Quest in Gallatin County, and our group used a playbook of out-of-the-box moves to go three for four on late-season bucks.

This isn’t just an Illinois thing. These tactics can work anywhere, as long as you have a mix of open ground and cover, some wind smarts, and good dose of fearlessness. Here’s how it’s done.

1. Climb Down from Your Treestand and Stalk a Buck

Do you really want to end your whitetail season in a treestand, watching that deer you’ve chased for months slide off just out of range? “Get down, and get after him,” says Tommy Paul, head guide with The Buck Quest. Paul has killed his biggest deer from the ground, having spotted them from an elevated stand and then used terrain and cover to make a stalk.

“In big, open farm country like this, you’ll see lots of deer well out of shotgun or muzzleloader range,” he says (those being the only implements allowed during the Illinois gun season). “But remember that deer like to keep their nose in the wind. So if you’re sitting downwind from them, that means they need to go against their instinct to get to you. Not going to happen.”

However, most big ag fields are edged with ditch lines or thin shelter belts, so Paul advises his clients to get down from their treestands, and make a big swing on a far-off buck. Many ag fields also tend to rise up slightly in the middle, too, so it’s possible to get invisible and close the distance by just staying on the low side. “You have to keep the wind in your face, at all times,” he stresses. “Wind is No. 1, then noise. You need to be quiet.”

Knowledge of the terrain is mandatory, too. In Illinois, we shared waypoints on OnX Maps, and texted ideas to Paul on the best approaches to bucks we spotted. “You’re going to bump deer and have unforeseen challenges, like a bedded doe you didn’t see,” he says, “but at least you made a play, instead of letting that buck walk out of your life forever.”

2. Skip the Ground Blind and Hide in the Grass

Joe Raben, owner of The Buck Quest, has killed his biggest from the ground, too, but he’s done it most often by hiding in tall grass or brush at the edges of food plots and fields. Raben favors natural hides over pop-up blinds. “If you put a blind up, it’s not natural, so the deer spot it right away,” he says. “They work great if you set them up early, and leave them out all season, but we like to adjust where we sit based on what the deer are doing. And that can change daily.”

Grass, hedgerows, brush, rock piles, junks piles—anything that will break up the human silhouette—will work, Raben says. “If you have good back cover and a little front cover, deer won’t see you, so long as you can sit still.” Raben set up just like that with his 9-year-old son Gryffin the week we were in Illinois—using a folding chair with a tripod gun rest tucked into some tall weeds by a plot. A few hours later, the boy had his first deer.

The grass along the plot edge was by design. Raben purposely leaves 10 to 20 yards of grass between his plots and the wood’s edge. “That buffer helps the deer feel secure enough to move off the timber earlier,” he says. “We didn’t always do that. Before, a lot of the time, bucks would stage in the timber and move into the plot after dark. Now they tend to stage up in the grass, so you have a better chance at a daylight shot.” It’s something to consider when planting food plots this coming spring.

3. Hang-and-Hunt in a Buck’s Bedroom

If you’re committed to stand hunting, watch out-of-range deer carefully from your original position, and be ready to make an aggressive move with a climber or a lightweight hang-on stand with sticks, says Chris Derrick, whitetail product line manager with Sitka Gear. Derrick saw deer all week in Illinois but never had a shooter in range, so with only a couple of sits left, he made an all-or-nothing play. After watching several deer move to a particular bedding area one morning, he decided try a hang-and-hunt right in their bedroom early the next day. “You want to know about what time deer are moving into the bedding area, and from what direction,” he says. “Then you have to move in super early, with a good wind, and you need to be careful not to walk over ground they’ll cover to get to you.”

This is often a one-and-done move, as you will either kill the buck you’re after or possibly blow them out, but even still, it’s smart to plan a safe exit route, so you can squeeze another hunt out of the stand if needed.

Derrick did not take a buck from his bedroom stand this time, but he did shoot an 8-point buck while walking back to his truck. Meanwhile, I arrowed an 9-pointer with a bedroom attack move of my own.

“As the week progressed, we all got more and more aggressive,” Derrick says of our time in Illinois. “The season was closing, so we weren’t worried about messing things up. That’s the case everywhere this time of year, really. It’s time to get after them.”