Is it Cheating to Use Wireless Trail Cameras?

Lately, hunters are having to consider the fair-chase implications of the latest trail-cam technology 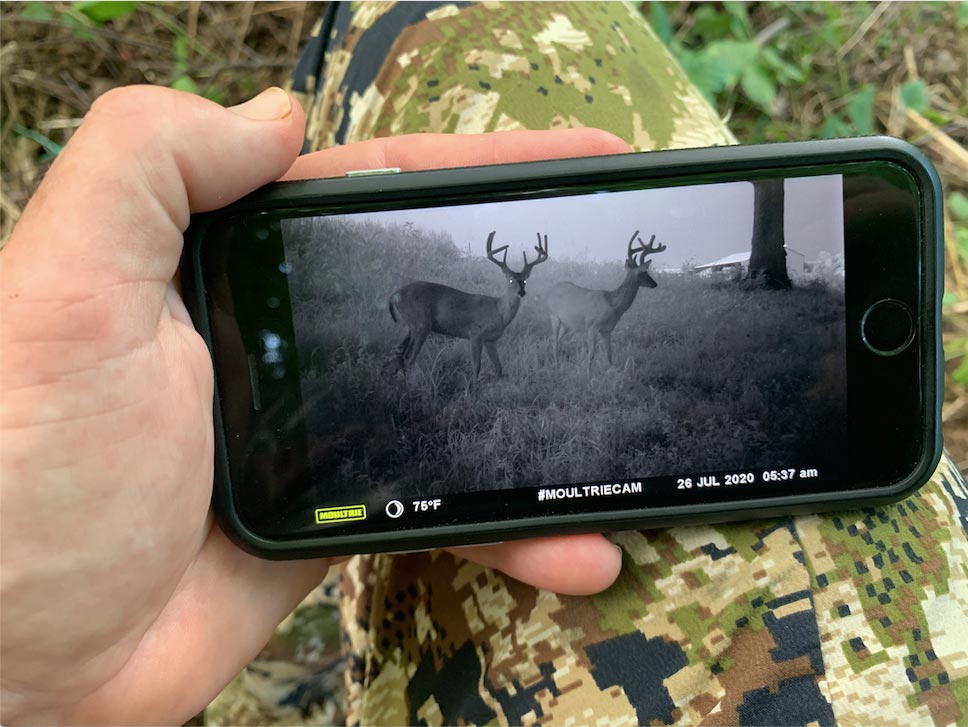 Wireless trail cameras can text photos to your phone in real time. It’s how you react that matters. Will Brantley
SHARE

Are cellular trail cameras cheating? The Pope and Young and Boone and Crockett Clubs released a joint position statement in July 2020, clarifying their rules on the use of wireless trail cameras, and it put some hunters up in arms.

States like Montana and New Hampshire have already implemented restrictions on wireless cameras. And late last month, Arizona became the first state to ban trail cameras, period, statewide and year-around—despite widespread public opposition to the ban. (In a recent interview with F&S, the Arizona Game and Fish Commissioner defended the ban.) The Arizona ban will go into effect January 1, 2022. The debate originated, apparently, from the use of wireless cameras over waterholes on public land, which reportedly led to disagreements between hunters and excessive disturbance of wildlife.

When the P&Y and B&C announcement came out, a buddy texted me, and he was mad as hell. I thought, Well, P&Y has a rule against cell cams now. Shocker. After all, the club has something of a reputation as old-school purists who are resistant to equipment changes. They’ve taken positions against lighted nocks, bows with higher than 65% let-off, and crossbows, too. So, the idea that they’d take a shot at the most popular category of high-tech hunting gear going isn’t surprising. Right?

Read Next: The Best Trail Cameras for Your Budget

Actually, that’s not what happened at all. Once you wade through the details of the statement and research their Rules of Fair Chase and make a few phone calls, you’ll see that P&Y (and Boone & Crockett) created a joint statement that actually relaxes some of the rules pertaining to cellular cameras. And it all brings up some pretty interesting discussion points on cell cams that today’s hunters should be having.

What if you don’t want to read, analyze, and make phone calls? Never fear. I’ve done the research for you, and here’s what I’ve found.

The position statement itself is actually kind of boring. A nothing burger, for anyone who came to order a plate of drama. The intent is to address changing technology that clearly violates a fair-chase rule that the clubs have had on the books for years. For context, both clubs have always required that any animal they recognize must be taken under their Rules of Fair Chase. More so than scoring systems or record books, the concept of fair chase—and how important it is to the future of hunting—is the backbone of both organizations. Hunters must sign a fair-chase affidavit in order to have an animal officially scored.

Most of those rules are black and white. The animal needs to have an adequate opportunity to escape. Shooting an animal behind a high fence, spotlighting it at night, herding it from a helicopter, or chasing it with a four-wheeler is not fair chase. As a game-warden buddy of mine used to say, it would take a common idiot to not recognize the difference between fair and unfair in these cases.

But there are also rules against using electronic communication to guide a hunter to game. P&Y’s says, “‘Fair Chase’ shall not include the taking of animals…by the use of electronic devices for attracting, locating or pursuing game or guiding the hunter to such game…”

That’s where things have gotten blurry. Fifteen years ago, that might as well have been called the Radio Rule, since two-way radios were very popular in hunting camps then. Using them to communicate game movements happened pretty often, and it was clearly considered a fair-chase violation (and often a game violation, too).

These days, many hunters text with their smart phones. Sending a message to your buddy on the next ridge that says, “Big’un headed your way” violates the same rule, the same way.

Now, we have cellular cameras that can text us pictures of big bucks almost as soon as they’re taken. That is clearly electronic communication and clearly a violation of the same rule. Cellular trail cameras might be the hottest thing going in the hunting-gear market right now, but it doesn’t matter. So, the clubs had a choice: address cellular cams according to the current rules, or change their rules of fair chase to accommodate them. I’m glad P&Y didn’t do the latter because, hell, you have to stand for something.

B&C has actually had a specific rule for cell cams for several years, but it had been largely overlooked until this new position statement put it into the headlines. It reads: “Trophies taken with the use of trail cameras, including scouting, that transmit images to a computer/base station for viewing are not eligible for entry in B&C.”

Receiving a wireless image (photo, video, GPS coordinate, etc.), which elicits an immediate (real-time) response, guiding the hunter to the animal would be considered a violation of the Rules of Fair-Chase. B&C plans to update their own statement to match, according to Justin Spring, director of big game records.

What Constitutes a Real-Time Response to a Trail Camera?

The discussion now becomes more nuanced. There’s no longer a rule expressly prohibiting wireless cameras. There’s just a rule on using them for a real-time response.

For hunters like me, it’s a non-issue. I own and have used several types of wireless trail cameras. They’ve truthfully never provided much of an advantage for me. I don’t have the cell service for them to work properly in most of the areas I hunt, the data plans are a hassle, and they devour batteries. They’re expensive, too. Moreover, I’ve usually set mine to download images just once or twice per day, making the “live feed” thing a moot point. I’m also pretty conservative in how I use trail cameras. I can drive to most of them, and check them at midday without disturbing bedding and staging areas. If I get a photo of a shooter buck at the edges of shooting light, I like to backtrack a bit toward cover and set up to hunt him, rather than just get another picture of him. With that strategy, a standard trail camera works just fine, and is cheaper and more reliable.

But some hunters use wireless cameras very differently. Let’s say you’re in a stand, you get a mid-morning pic of a buck working a scrape on the other side of the farm, and you have a good idea of where he’s headed. You climb down, make a move to a different stand, and kill that buck a half hour later. No, you’re not walking up and shooting the buck where the picture was taken. Yes, good hunting skills are still required. But did the camera elicit a real-time response?

Sure seems like it. And the scenarios are endless.

“Technically, the reason we revisited the rule was because, as written, if you’ve followed a buck for four years on camera and the first pic of him years ago was on a cell cam, that buck was disqualified. We didn’t want that,” says B&C’s Justin Spring. “We just want hunters to think about the questions of fair chase. Is the use of this technology ensuring a harvest? Not giving an animal time to escape? We make hunters read and sign the (fair chase) affidavit, but at the end of the day, it comes down to the honesty of the hunter.”

As director of marketing for Browning Trail Cameras, Tom Rainey makes a portion of his living from wireless camera sales. Browning has two cell cams in its lineup. Rainey is also a hardcore hunter who uses his own products. He didn’t have a problem with the new position. “I don’t think it’s terrible,” he says. “There are scenarios where you could use a wireless camera unethically, and it’s important for groups like that to put out a forward-facing ethical stance. But the application of the rule could get pretty sticky.”

Meanwhile, about every major trail-camera manufacturer out there is working to make wireless capability better and more affordable, with some of the newest cameras coming in at less than $100. Maybe it’s not illegal where you hunt to shoot a buck due to a real-time response from a trail camera. But that doesn’t mean it couldn’t all change. Laws evolve slower than technology.

And besides that, it doesn’t mean it’s right. How we act out there in the woods, with no one watching, is still important.