What Would You Do If You Saw Bigfoot in the Woods? 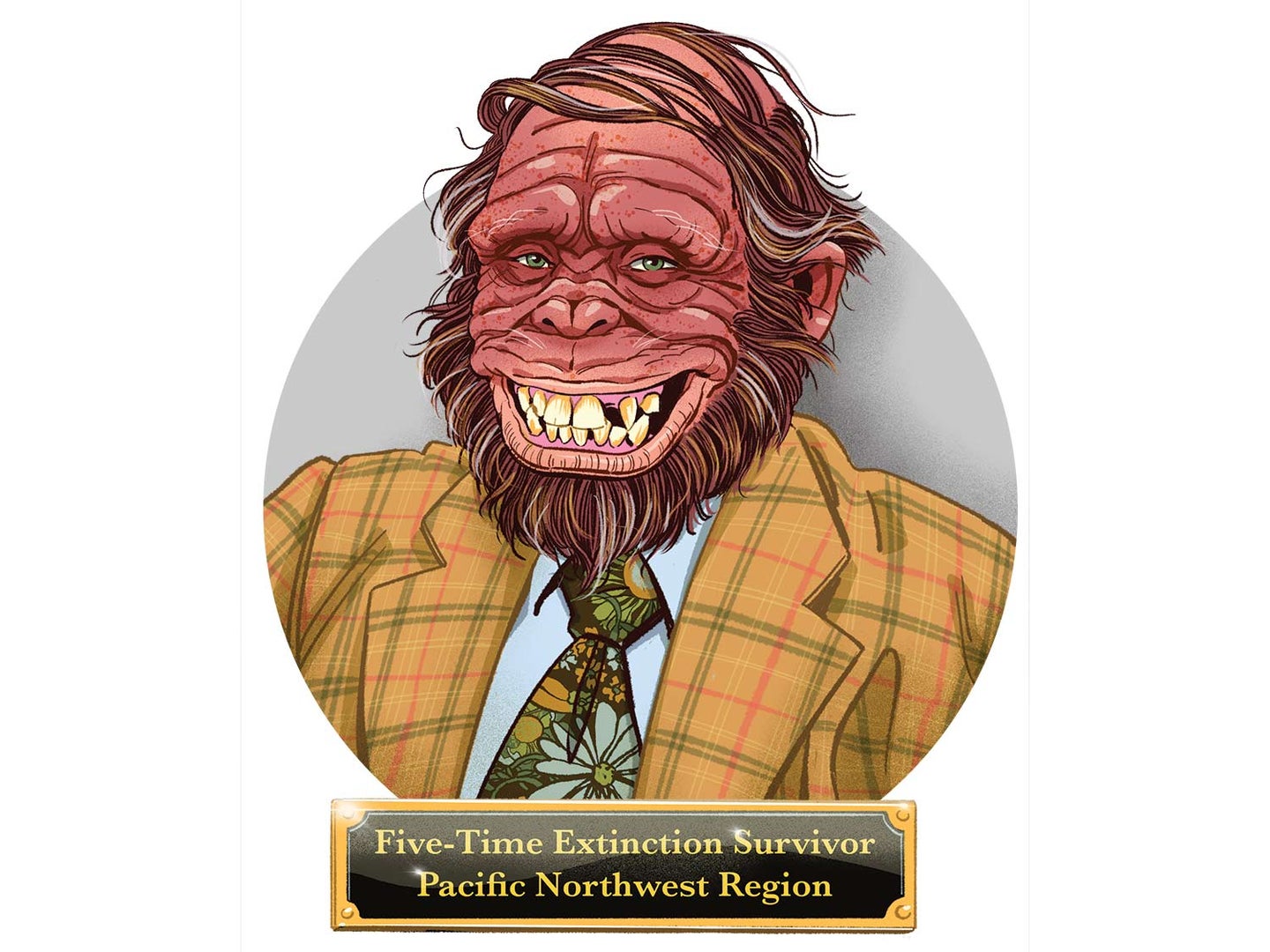 What would you do if you saw Bigfoot while hunting? —Pat Mackler, Boise, Idaho

I would congratulate him on keeping so much hair when so many have been after it for so long (to plagiarize from “Bear Claw” Chris Lapp), and I would wish him well in the Sixth Great Extinction, which is upon us.

Do nickel-plated bullets foul a barrel like copper? If so, how do I remove it?—Chris Todd, Springfield, Mass.

I haven’t used them in a long time, but my recollection is that the nickel plating, which is very thin, is quickly stripped away by the barrel’s rifling, leaving you with an excellent fouling mix of nickel and copper. You can get both out by scrubbing thoroughly with J-B Non-­Imbedding Bore Cleaning Compound.

In the last issue, I read about a shooter hitting targets out to 2 miles or more using a team of forward observers and ballisticians. Is this marksmanship or math? —Andy Keller, Casper, Wyo.

Marksmanship is utilizing your eyes, your powers of observation, your experience, and your mental computer. Even if you have a coach behind you calling out wind corrections, I don’t think that you have crossed over the line. But when you use forward observers and computers that sift through 15 factors and give you a firing solution, you’re in the realm of pure math. This is the way artillery fire is calculated, and no one accuses the Redlegs of being marksmen.

If you could go back and relive one year of your hunting life, which would it be, and would you change anything? —Jay Bolyard, Fellowsville, W. Va.

I would relive 1972, when I killed my first antelope and my first elk. I lost 30 pounds in order to be able to hunt elk, and it was all brand new and wonderful. I would change nothing about it.

I’ll give you an indirect answer: François Rabelais, who lived in the 16th century and is regarded as the first great French writer, recommended the neck of a live goose for the purpose you infer. And, M. Rabelais added, “Watch that beak!”

What is the next hot round to cross over from competition shooting to hunting?—Drew Sadowski, Provo, Utah

I don’t think there will be one for a while. All the people who bought Creedmoors will discover that, good as they are, there’s nothing magic about them, and that nothing can replace shooting skill, and they will look elsewhere for their voodoo.

When you’re in the field, what scope magnification do you use for big-game animals at 100, 200, and 300 or more yards? —Olin Moore, via email

That is impossible to say. You use a lot more Xs to shoot at an antelope at 200 yards than you would to shoot at a moose. So, it depends on the species as well as the distance, taken together. I like my scopes to run from 2X to 10X or so, and I seem to spend the most time at one extreme or the other. Also, I don’t shoot at game past 300 yards. I do that with targets. If you hit a target in the guts, it does not go off and die in agony.