The 4 Best Places to Find Pheasants

How, and when, to hunt ringnecks in CRP, cropfields, fencelines, and marshes. 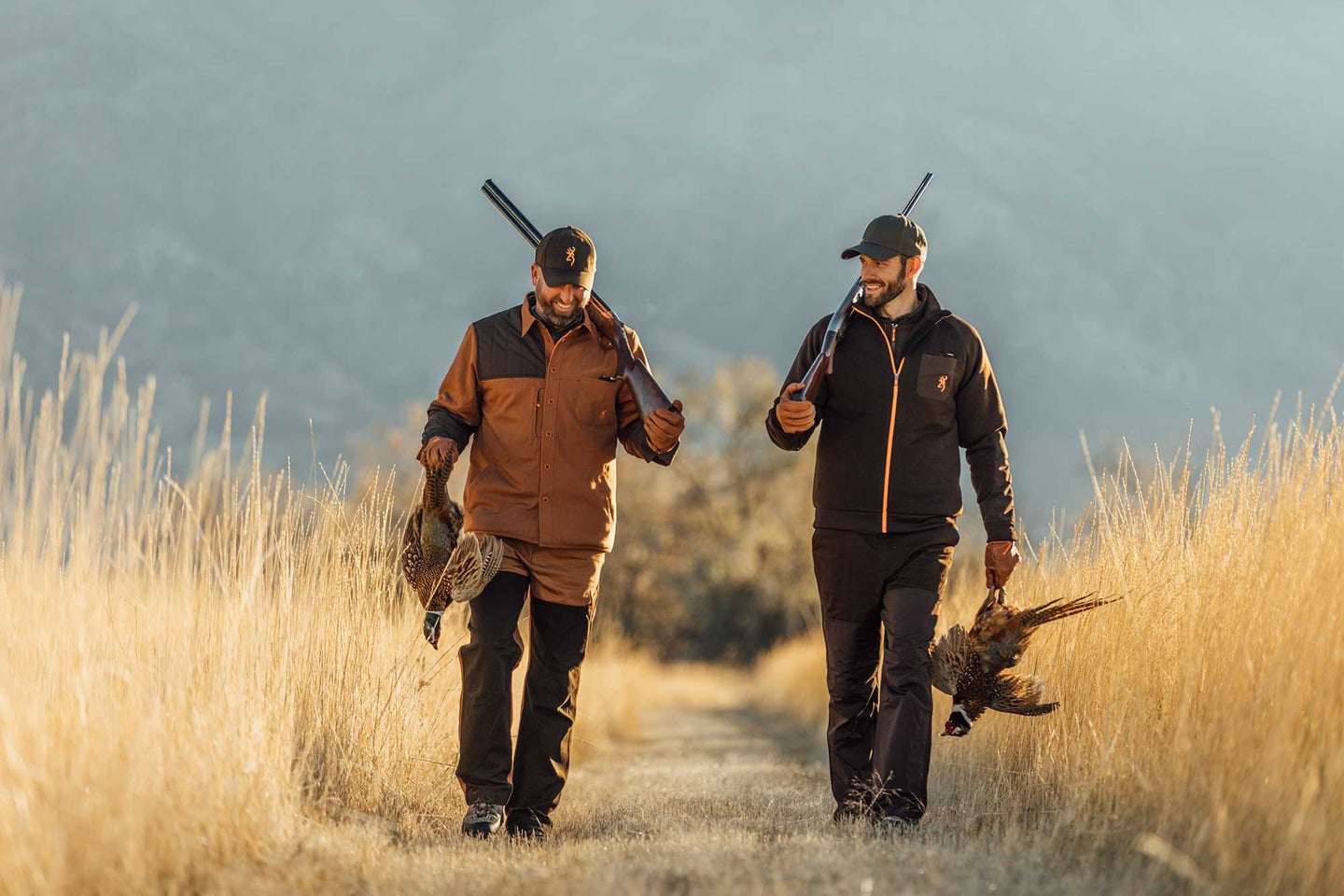 At first glance all pheasant country looks the same, an endlessly repeating checkerboard of grain and grass rolling to the horizon. But look closer and you’ll see major differences in types of cover within each orderly square. To put roosters up in gun range, you need to know how and when to hunt them.

It does you no good to sneak down a fenceline when you should be stomping through a slough, and vice versa. Here’s a guide to the four main types of pheasant cover and how to make the most of each.

1. How to Hunt Pheasants in Grass Fields

Want to see your tax dollars at work? Step into a Midwestern CRP field and watch ringnecks boil out of the long grass. Since the early 1990s, the big, set-aside fields created by the Department of Agriculture’s Conservation Reserve Program have boosted pheasant populations to good-old-days numbers in some places.

Pheasants roost in thick, grassy cover and travel between CRP fields and food. The prime times to catch them in this places are first thing in the morning before they leave the roost, and again late in the afternoon as they come back to bed. If shooting hours in your area begin half an hour before sunrise, get into the fields at first light before the birds fly out. My state doesn’t allow hunting until 8 a.m., so I’ve had my most memorable CRP hunts during the last hour of the day, as pheasants came piling back into the roost. Although early and late are the best times, you’ll find some holdouts in the grass throughout the day. Most often they’ll be along the edges, within 100 yards or so of the fence, especially where the field borders food such as corn or milo.

If you hunt with a group, spread out in a line with hunters 10 yards apart and make orderly passes back and forth until you’ve walked the whole field. Work its outside edges first, imagining at all times that you’re herding pheasants ahead of you, because you are. Be sure to push all the way into the corner, then stand there for a minute or two. Often, pheasants you’ve pushed right to the field edge will sit for quite a while before they lose their nerve and flush.

When you’re alone or with one or two partners, forget about walking an orderly route. Start at the downwind end, turn the dog loose, and follow his nose.

2. How to Hunt Pheasants in Cropfields

Years ago, standing corn was the traditional pheasant cover. Now, bigger and more efficient combines cut many fields to stubble long before opening day. If, however, there is any left in the area, that’s where the birds will be. Hunting in standing corn, you’ll enter a forest of stalks well over your head, with bare ground underfoot that offers pheasants nowhere to hide but lane after lane of hard-packed earth to run on. Such a situation calls for the classic Midwestern hammer-and-anvil drive. Standers slip quietly into position to wait at one end of the field, where their presence prevents the birds from running onto the next. The walkers and dogs begin at the other end. Moving through the rows, you’ll spot the dark shapes of pheasants scooting down the open lanes, looking (to me at least) like cats. As a walker, you can only shoot at the ones that flush to the sides or behind you, lest you spatter the standers with shot. The best you can do is listen for chaos to erupt as the birds pour out over the blockers. Even when a drive doesn’t work and pheasants sneak out to the sides, you’ve chased them out of the corn and into cover you can hunt more effectively.

By the time hunting season begins, some harvested cropfields have been disked or plowed to black dirt and completely lack pheasant-holding stubble. In this case, birds lurk along the edges, in the boundary lines formed by fencerows and ditches, and in the wider bands of straight-line cover formed by shelterbelts and buffer strips.

If you are dogless, fencelines and ditches are the place to hunt. The cover is two–dimensional; birds can’t get around you. Their choices are to hunker down and hide, run ahead, or flush. Walk slowly, stopping frequently to unnerve sitting birds, and post blockers at the ends of ditches and creeks.

4. How to Hunt Pheasants in Marshes

Ringnecks use marshes as escape cover throughout the season, and they crowd into the stands of thick, insulating cattails when heavy snow flattens the grasses in surrounding fields. It pains me, as a setter and shorthair kind of guy, to admit that a close-working flushing dog makes more sense than a pointer in the heavy cover of a reed-choked bog. There’s nothing subtle or tactically refined about hunting marshes, either: You pull one foot out of the mud and put it in front of the other, over and over. With each step, tell yourself you’re that much closer to the bird whose jarring, thrilling flush brought you to pheasant country in the first place.