We asked two hard-nosed turkey hunting experts and biologists from across the country for their input. Here is how and where they told us to hunt public land spring gobblers 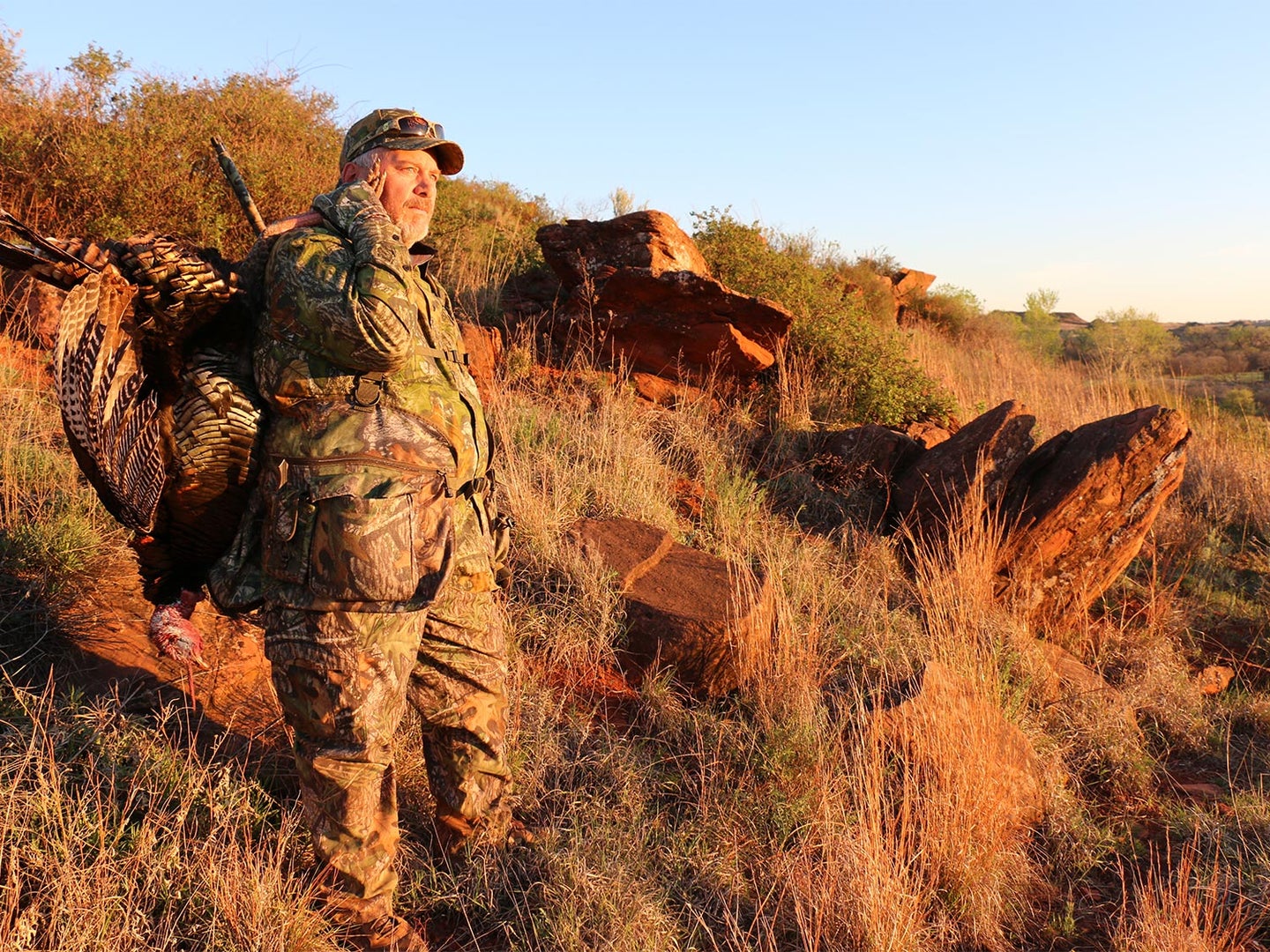 Tell sportsmen in some areas of the country that they’ll have to hunt public land and the likely response will be a wince or a whine. Turkey hunters, on the other hand, seem to embrace or even revere public ground. And why not? With hundreds of millions of acres open to hunting across the country and turkey populations thriving in most states, public land offers room to roam and tremendous opportunities for traveling hunters.

Jeff Budz and Tom “Doc” Weddle, turkey hunting nuts have traveled the country many times to fuel their passion. Budz, of Okeechobee, Florida, owner of Tag It Worldwide guide service, has taken 103 Grand Slams (one of each of the four most common United States subspecies), the most in history. Further, he’s completed a U.S. Super Slam by taking a turkey in each of the 49 states with birds. Many of those turkeys came from public land. Weddle, of Bloomington, Indiana, has taken 33 slams and is just eight states shy of completing his fourth U.S. Super Slam. Most of his turkeys were taken on public ground.

Along the way, Budz and Weddle have learned a thing or two about hunting public land in various areas of the country. Here are their region-by-region tips, along with lists of potentially productive properties from state wildlife biologists.

Northeastern states have gained a good reputation for turkey hunting, especially in late May (or even June, in Maine), when seasons in many other regions have closed.

“Maine, New Hampshire, and Vermont are three beautiful states with over-the-counter tags and lots of birds,” Budz says. “There aren’t as many acres of public ground to hunt, but there are plenty if someone really wants to go.”

Weddle agrees, but added that the region also has lots of hunters, which can make it difficult to get on unpressured public birds.

“Rhode Island is an example of a tough spot for the traveling turkey hunter,” he says. “Although they do have a fair amount of public land, it gets hammered hard, and the turkey population on their public holdings isn’t great to begin with. Further, it gets trampled on by so many people hiking, biking, bird watching, and horseback riding that it’s rare to not have a hunt boogered up by things completely out of your control.”

Delaware: Division of Fish and Wildlife properties, which are open to turkey hunting only by permit. There’s also a public-lands lottery for Delaware Forest Service lands.

Maine: Public areas in the central or southern portion of the state with upland and field habitat.

Massachusetts: Large areas of state forest in the central and western part of the state.

New York: The New York City Dept. of Environmental Protection manages watershed lands throughout the southeastern part of the state, many of which are open to hunting.

Pennsylvania: State game lands, which are large tracts of land owned by the Pennsylvania Game Commission and managed for wildlife and hunting.

West Virginia: U.S. Forest Service properties, about 1 million acres of which are open to hunters.

Budz and Weddle love this region, as it’s the heart and soul of turkey hunting. However, they acknowledge the area’s public-land birds present many challenges.

“Southeastern public-ground birds are by the far the hardest to harvest in the entire country,” Budz says. “You’d better bring your A-game when you decide to tackle such a feat.”

“There’s plenty of ground to hunt, and yes, there are lots of other hunters vying for the available birds,” he says. “With turkey populations falling off in all the Southeastern states for the past few years, that’s put even more pressure on the public lands, and it’s getting harder to find unmolested toms and experience quality hunts for them. I like my Southeast turkey hunting, but it ain’t easy on public land.”

That also holds true for Florida, which offers a unique Southeastern hunting experience. Weddle has hunted there for 30 years, and almost all of his Osceolas have come from public ground.

“It’s always been hard to kill them, and it gets even harder every year,” he says. “There is pressure down there like no place else in the country, and their public lands get bludgeoned. Furthermore, it seems like every property has rules peculiar to that ground alone, so it’s difficult to keep up with all the whys and hows and what-nots. I love it, as there’s nothing else in the world like chasing those black ghosts in the deep, dark swamps, but public-land hunting in Florida is, in a word, tough.”

Read Next: How to Have Your All-Time Best Turkey Season

Arkansas: Ozark and Ouachita national forests and wildlife management areas within them.

Mississippi: Any of the six national forests in the state.

“It’s probably my favorite region, although I’m reluctant to make such a choice simply because I love to hunt turkeys anywhere they’re found,” he says. “Our Midwestern turkeys gobble hard, they’re the most beautiful to my eye and I am truly a creature of the deciduous forest.”

“Missouri is the perfect state to not shy away from small tracts of land,” he says. “They have countless properties surrounded by much larger tracts that hold several birds, which like to travel. Kansas has a great list of public walk-in hunting areas, which change drastically from year to year.”

Indiana: The Hoosier National Forest and various other state forests and reservoir properties.

Nebraska: The Pine Ridge, Loess Canyons and riparian public lands in the eastern part of the state.

Wisconsin: State wildlife and fisheries areas in the southern two-thirds of the state.

These states appear on the bucket lists of many turkey hunters, mostly because of their gorgeous scenery and the prospects of running into loud-mouthed turkeys. Weddle especially enjoys the mountainous terrain in many parts of the region.

“I’ve had great success in the mountains by hunting the high ridges in late morning and through early afternoon, as the birds seem to like hanging out far above the valley floor in the middle of the day,” he says.

“I love this hunt because there are huge tracts of public property,” he says. “I think they’re the prettiest birds in the States. A chance of snow is always possible through mid-May, there are unlimited tags and you can hunt all day. A hunter can easily hike back well over a mile to get away from the masses, the birds work well all day, and with the rolling hills, there’s always an opportunity to move on birds that don’t want to come to your setup.”

Oregon: National forests throughout the Blue Mountains, including Umatilla, Malheur, Wallowa-Whitman and Ochoco. In western Oregon, the Umpqua, Fremont-Winema and Rogue-Siskiyou national forests.

“While the Southwest and Northwest have millions of acres of public property, their turkey populations are rather spotty,” he said. “Once you’re into birds, you can really be into them, but there’s a lot of empty space in between those pockets of gold.”

California: federal refuges and wildlife areas in the Sacramento Valley.

Texas: The Lyndon B. Johnson National Grassland near Decatur offers a lot of hunting opportunity, but it can get crowded.

This brief guide doesn’t highlight a fraction of the public turkey hunting opportunities across America — a fact Weddle relishes.

“There are so many reasons (to love public land), but I suppose the main one is simply because it gives me the freedom to hunt where I want, when I want and without having to ask permission,” Weddle says. “The public lands are owned by each one of us in unison, and hunting on them hearkens back to a time when a man could walk anywhere his feet decided to go.”

Sound interesting? Get out there. Turkey hunting adventure and a unique sense of freedom await you.

Budz follows some simple guidelines when hunting public land anywhere in the country. He starts with technology, using his phone to access apps and satellite mapping technology that lets him view property boundaries and safely traverse public areas.

“Hunt the largest tracts you can find,” he says. “Scout and hunt as far from the road as you can, and cover as much ground as possible.”

Still, Budz doesn’t shy away from small tracts if they border large properties that might hold several birds. In those situations, he prepares to sit for a long time.

“If you must hunt opening day, scout at least two mornings before the opener,” Budz said. “Hunt Wednesdays, Thursday, and Fridays as much as possible.

“Don’t be afraid to hunt late-season birds, as most hunters will have lost interest. The weather is better, hens begin to nest and gobblers feel more urgency because they’re encountering fewer receptive hens.”

Read Next: 10 Products You Need To Bag Your Spring Gobbler

Budz says hunters should be in position to listen for turkeys as far from the road as possible well before light in the morning. Likewise, be in position to roost turkeys before sundown, even if that state doesn’t allow afternoon hunting. If you pinpoint a gobbler, you’ll be ahead of the crowd the next morning.

“Don’t waste time on birds near the road, no matter how hot they seem,” he says. “Every other hunter will be on that turkey at legal shooting hours. The only exception occurs when you see a gobbler near the road during hunting hours and can react immediately.”

Accumulate as much intelligence as possible. Further, remember that public-land turkeys often act differently than their private-land cousins.

“Be ready to sit for longer periods and call much less than if you were hunting private ground,” he says. “Play hard-to-get far more than you get aggressive. And don’t reap on public property, as it’s too dangerous.”

After hunting countless public properties across the country, Weddle has fine-tuned the process of finding good dirt. And the search begins with intense investigation.

“I think the same basic methodology still applies — writing letters (emails) to the game department, inquiring about public-land holdings and turkey population densities across the state, and asking for help in choosing an area that fits your expectations,” he says. “Be thorough, and study all of your options. There’s no need to hunt a place that doesn’t have turkeys, and as a non-resident with no chance to scout the ground beforehand, you need to maximize your time by hunting in places where you stand the best chance of finding birds quickly. I consider this initial info-gathering stage as paramount in winnowing out the wheat from the chaff. Then, follow it up with even more research, and don’t hesitate to ask for other contacts who might be willing to help you scout from home.”

“I tend to pick places that are large enough to allow me to stretch my legs and get away from the competition, but that’s not always possible or even desirable,” he says. “After all, I’ve had lots of great hunts on tiny little land holdings that most people overlook. Again, it comes down to two important words: diligent research. Studying these things is a year-round activity for me. You can never have too much information from which to make a choice.”

“Nobody is going to give you good information there anyway, and in truth, they shouldn’t,” he says. “Good turkey hunting spots are like good morel mushroom picking ground — places that should be closely guarded secrets doled out only in confidence. Bragging on Facebook about where you heard six birds gobbling their brains out might gain you fleeting admiration from fellow Internet surfers, but it’s also guaranteed to ruin that spot, as others reading your tales flock in from everywhere imaginable. I’ve certainly gained valuable info from folks I’ve met online, but I’m very careful to talk about particular places in private messages only.”