How to Make a Car Emergency Kit for Mud Season

Early spring means muddy backwoods roads. Are you ready to make it through to camp? 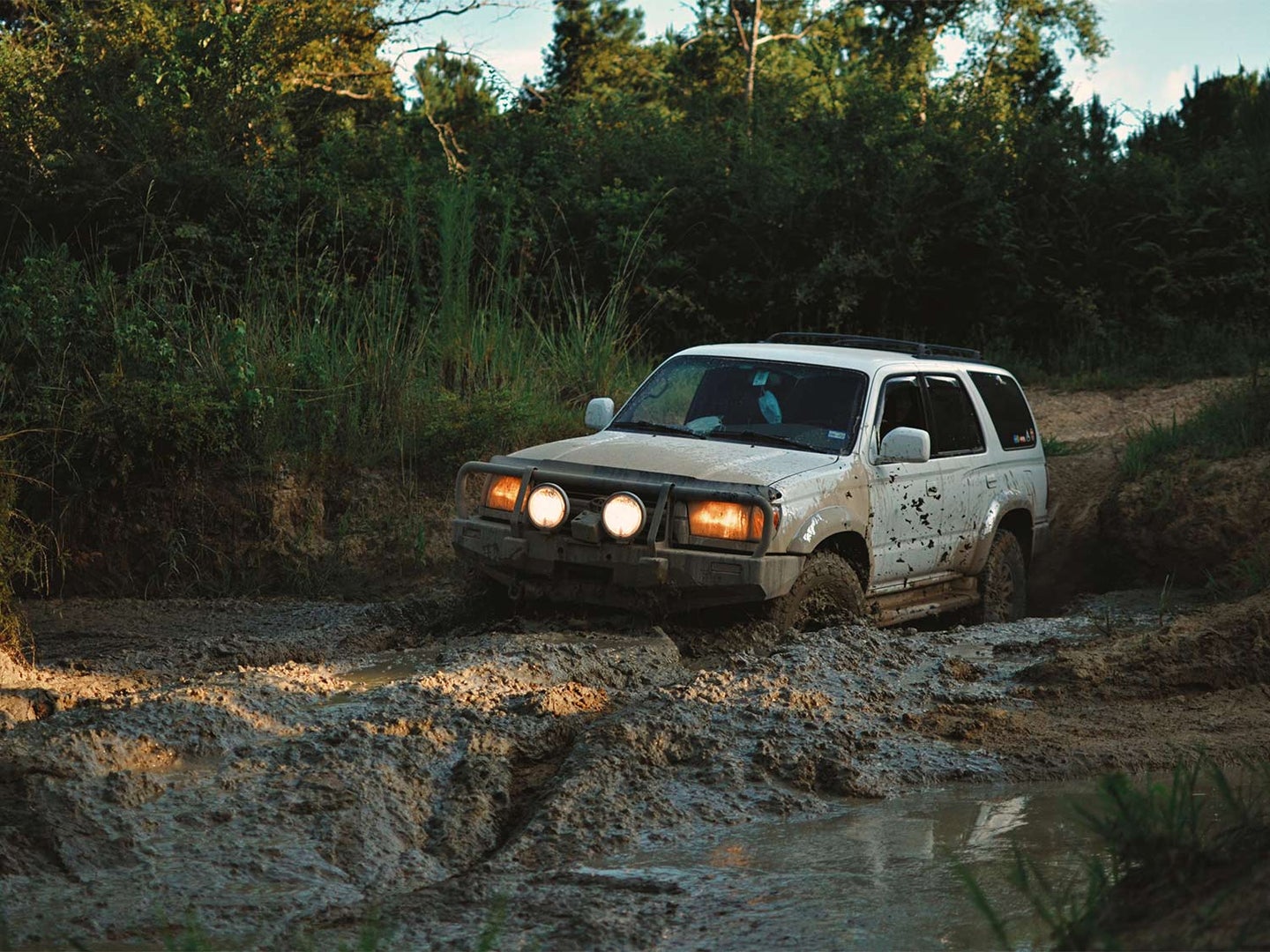 Mud season is on its way. Prepare for the worst with your vehicle emergency kit. Jeff James
SHARE

It can happen to anyone. Spring finally arrives and things begin to thaw out. The back road to camp becomes muddy. A critter darts in front of you and you reflexively jerk the wheel. You get too close to the soft shoulder and suddenly you’re in the ditch. Unfortunately, you’re too far into the boonies to get a reliable cell signal, too far from camp to hike the rest of the way, and your buddies aren’t arriving until tomorrow. What’s your plan?

There’s no time like the present to make sure your vehicle is stocked with the supplies you’ll need if you get stuck or stranded in late winter or early spring. This might seem elementary to some, but bears heeding. Most of these emergency items will prove useful year-round. Here are a few areas you should make sure to cover.

Being able to call for a tow or other assistance can be critical. Most of us these days have a cell phone with us, of course, but how many times have we left the house and then realized we’d forgotten to charge it? Keep a spare charging cable in your vehicle for just those moments. You might consider adding a pocket charger to the armrest or glove box, too, in case your car’s battery becomes an issue. You could go a step further and, once you’re licensed for its use, add a small ham radio to the mix.

Pack one blanket for each seat in the vehicle. This way, you’re prepared for everyone in case things go awry. What we’ve found to work fairly well are the fleece blankets that are sold cheap during the holidays. You can also find them at thrift stores because, they make for inexpensive gifts, but the recipients already have plenty so they donate them. They are pretty warm for their weight and roll up tight enough to store easily. Add in hand and foot warmers, the kind that you open and shake to activate. Top that off with spare knit hats and gloves. Of course, it pays to dress for the weather when you leave the house. If nothing else, bring your winter coat with you, even if you’re not planning on wearing it while driving.

Although you aren’t likely to starve to death in your car while you’re waiting for help to arrive, it never hurts to hedge your bets. Squirrel away a few things you can snack on, should the need arise. Due to the wildly fluctuating temperatures of a car’s interior throughout the year, plan to rotate these out regularly. A few bottles of water should be included as well. If they freeze up, keep them near your body, but not up against your skin, and they’ll slowly thaw.

Read Next: Three Emergency Shelters for Every Situation

One of the most common problems during winter weather is getting stuck in the snow. A bag of cheap cat litter can sometimes be all it takes to get you back on the road. Sand works as well, but litter is inexpensive. In a pinch, you could try using the floor mats from your vehicle, if you don’t have litter or sand. You should also pack a small shovel to clear snow or mud away from the wheels.

If you ever end up trying to change a tire on the side of the road in the middle of the night, you’ll appreciate having thought ahead to include a flashlight or other sort of lighting aid in your vehicle emergency kit. Consider at least two options, a handheld flashlight and an LED headlamp that will keep your hands free while you work. A spare set of batteries for each isn’t a bad idea either.

Every year, there are countless fatal accidents where motorists, and even law enforcement officers, are struck on the side of the road by drivers who didn’t notice them. Putting out a set of flares or similar signaling devices will alert passing vehicles of your presence. If you go off the road and are a fair distance from the pavement, they can also be used to get someone’s attention.

When was the last time you checked the pressure in your spare tire? When was the last time you verified you actually have a spare tire? Once upon a time, every vehicle came with a spare as well as a jack. According to Consumer Reports, about a third of new cars sold today don’t come with spare tires, though they might be equipped with some sort of Fix-a-Flat or a similar product. If you can swing it, buy a spare tire to keep in the trunk. Make sure you have a jack and that you know how it works to raise and lower the vehicle. You might even go so far as to practice removing and replacing each tire on your vehicle, just so you’re familiar with the process. Incidentally, the lug nut wrench that usually comes with the jack isn’t great. Instead, go for an old-fashioned four-way lug nut wrench and keep it in your trunk or toolbox. They provide far better leverage.

When I was growing up in the upper Midwest, among the very first things you’d buy when you acquired a new or new-to-you vehicle was a set of decent jumper cables. Even if you never needed them yourself, you wanted to be able to help someone else who might be stranded with a dead battery. As with most things in life, there’s a right way to jump-start a car, as well as a few wrong ways. Here’s the right way:

There are a number of portable jump starter products on the market today and most of them work very well, especially in situations where there isn’t another vehicle available to assist.

Read Next: 4 Ways to Start an Emergency Fire

Many of today’s vehicles aren’t nearly as easy to work on as older models, but it still isn’t a bad idea to have a set of basic hand tools in the trunk so you can swap out a battery or something similar. Even if you don’t know how to make the repair, someone else might that comes to help might. Here are some essential tools to keep in your truck:

Should you end up stranded for a long period of time, you won’t want to drain the battery on your phone scrolling through social media for hours on end. Pack a few things in your kit to occupy your time. Maybe a paperback book to read or puzzles to complete, such as crosswords or word finds. If you regularly have children with you, don’t forget to toss in something for them as well. Hopefully doing so will help them deal better with the situation.

Finally, you’ll need a way to keep all of this stuff from rolling around in your vehicle while you’re driving. What I find works really well is a clothes basket from the dollar store. It will fit most of your emergency gear into it and keep it in one place, so it is easy to find.