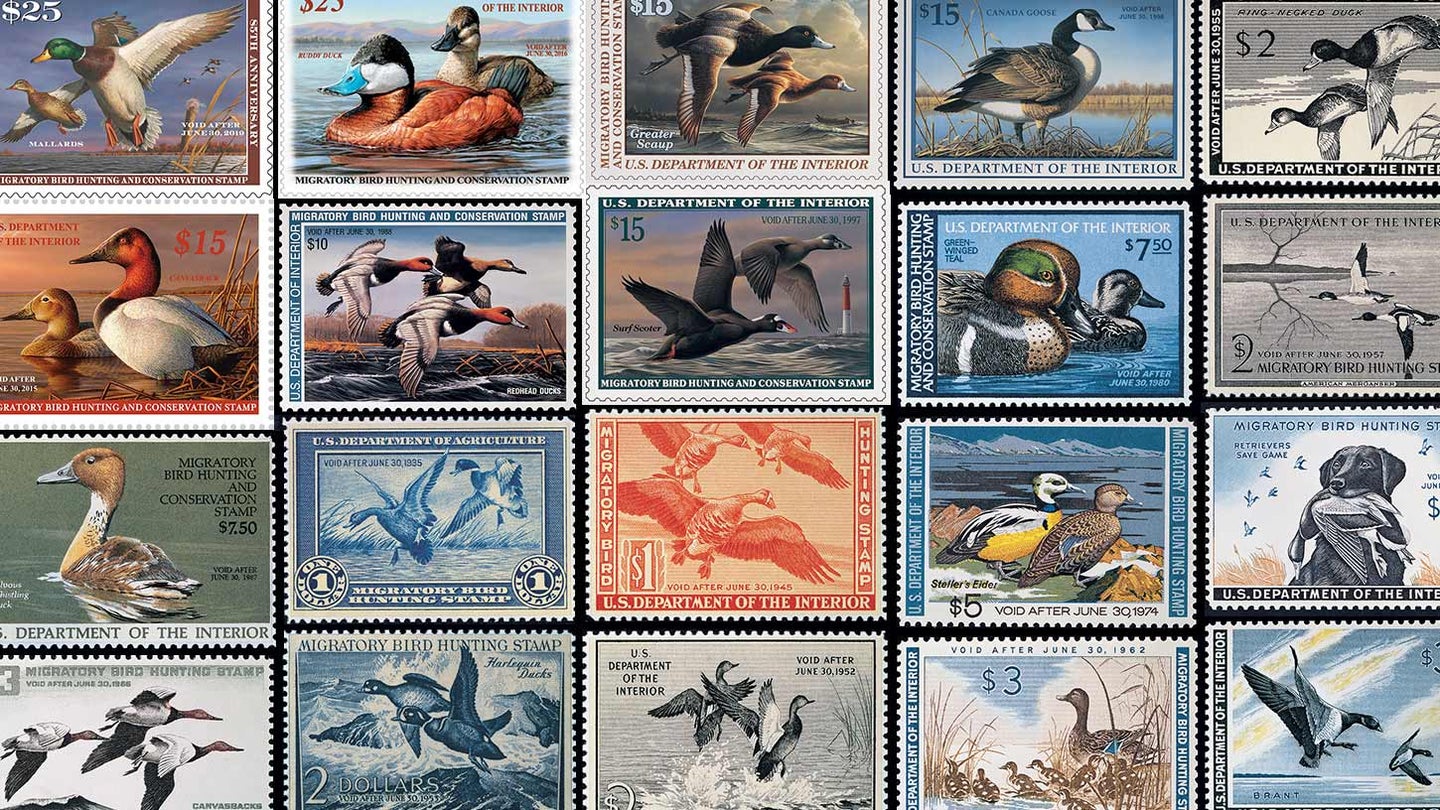 Every year, many of the country’s best wildlife artists compete to have their painting selected as the official artwork for the Federal Duck Stamp. But starting this year, if they want to take home the blue ribbon, they have some new criteria to meet.

This week, the U.S. Fish and Wildlife Services announced that, beginning in 2020, the duck-stamp contest will include a “permanent theme of celebrating our waterfowl hunting heritage” and that it will be “mandatory that each entry include an appropriate waterfowl hunting scene and/or accessory.

In other words: Expect to see 870s, decoys, Labs, blinds, Bottomland, and happy hunters featured on the duck stamp for years to come.

“Duck Stamps have been one of America’s most effective conservation tool for over 80 years,” said Secretary of the Interior David Bernhardt. “Showcasing the heritage of waterfowl hunting in Duck Stamps recognizes the importance of sportsmen and women to the North American Model of Wildlife Conservation.”

Aurelia Skipwith, Director of the U.S. Fish and Wildlife Service, added that: “Waterfowl hunters are the epitome of conservationists, as their purchase of Duck Stamps has enabled the conservation of millions of acres of wetland habitat. These wetlands provide places for a wide diversity of wildlife to thrive, while creating significant economic stimulus for rural communities. We honor that astonishing legacy, and what better way to do that than through the Duck Stamp itself.”

For many waterfowl hunters, the day they purchase a federal duck stamp each year marks the unofficial beginning to the duck and goose hunting seasons. Since 1934, when President Franklin D. Roosevelt signed the Duck Stamp Act, hunters have had to purchase an annual Migratory Bird Hunting and Conservation Stamp—better known to sportsmen simply as a duck stamp—and in doing so have helped raise $1.1 billion, which has funded the protection for more than 6 million acres of waterfowl habitat.

We can hardly wait to see what the first winning duck stamp that features this celebration of hunting heritage looks like. Till then, we went through the U.S. Fish & Wildlife Service’s virtual museum of duck stamps and selected these past winners.