Don’t kick your feet up by the campfire just yet, there’s still a lot of hunting to do this winter 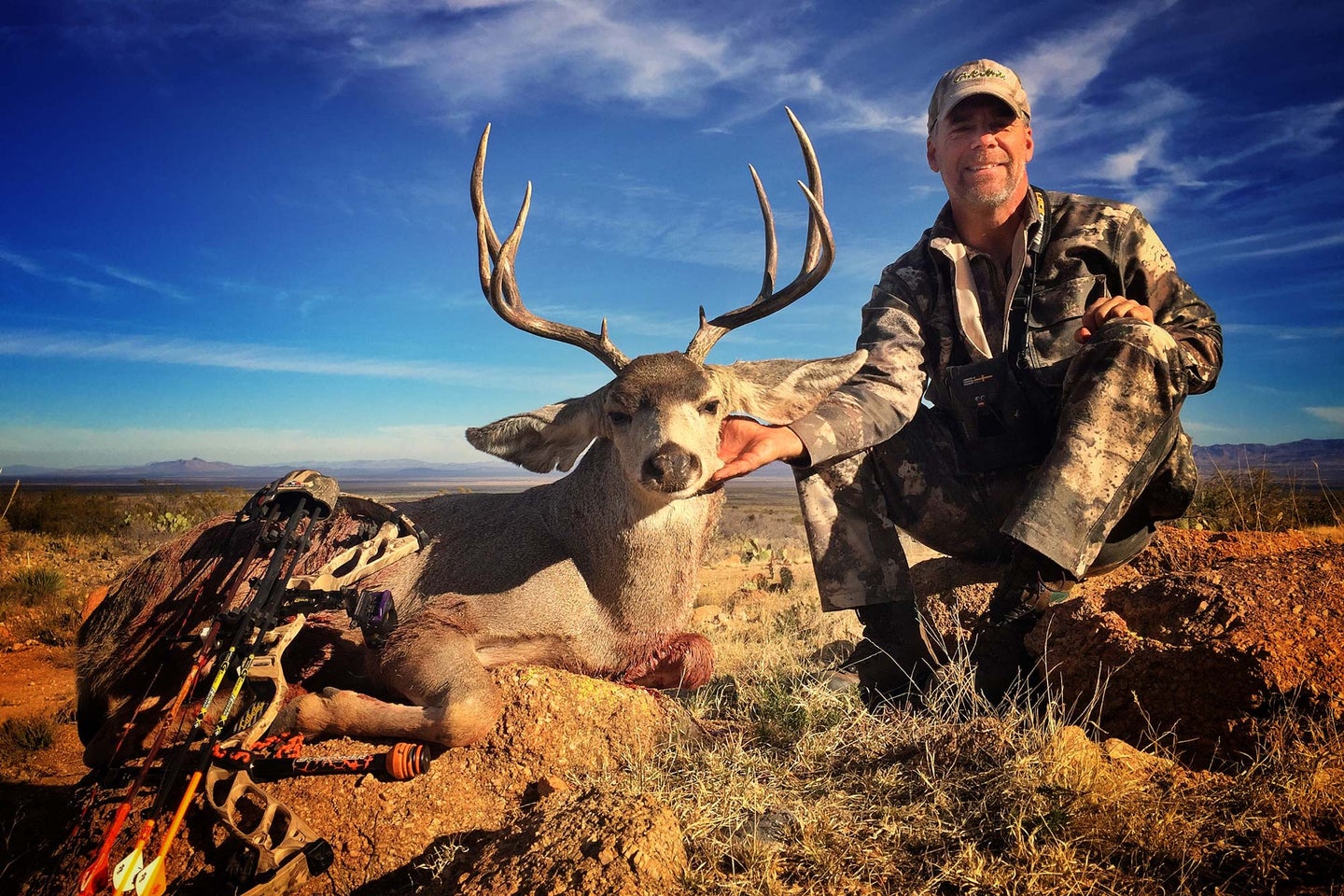 With stores, restaurants, theaters, and the like closed across much of the country, there’s no better time to escape the pandemic madness and hit the road for a late-season hunting adventure. The good news: Opportunity abounds. From north to south and east to west, those looking to chase game big and small have no shortage of options. And if you can’t manage to get away, kick back in the recliner, jump on the laptop, and start planning a future late-winter sojourn.

Mention Arkansas around any waterfowl geek and their eyes glaze over. This is for good reason. As part of the Mississippi Flyway—which is the most heavily used migration corridor for waterfowl in the U.S.—Arkansas is a mallard hub.

What about public land? There’s plenty of it. In fact, in October of 2020, the Dave Donaldson Black River WMA near Pocahontas, Arkansas, received $1 million in funds to make the area even more attractive to migrating fowl. The 25,482-acre bottomland surrounded by fields of grain has always been a mallard hot spot, but in the coming years, it should only get better. Other popular public locales include the Bayou Meto WMA, White River National Wildlife Refuge, and Bayou deView WMA.

Iowa is a big-buck hunter’s dream. While the archery rut receives most of the attention, throngs of giants fall each winter when the mercury dips and rut-worn warriors hit grain fields to replenish lost calories. The key to late-season success is locating food sources with nearby timber.

In Iowa, whitetails are strictly managed, and pulling a nonresident tag will take a few years of applying, which gives you time to do some research. The state’s muzzleloader season typically runs from December 21 through January 4—traditionally some of the state’s most frigid days—and access isn’t an issue. Hunters that pull a late-season tag will find no shortage of huntable land, as there are plenty of DNR Wildlife Management Areas as well as Iowa Habitat and Access Program parcels.

Iowa’s Public Land Atlas, found at iowadnr.gov, makes research a breeze. There, you can find terrain features, creeks, timber, ag fields, and water sources. Those who study the map and locate several areas to check out before their hunt might just find themselves in a winter wonderland full of big bucks.

Winter just isn’t fun if you’re not calling fur, teeth, and claws close. And with vast areas of public land and a large population of coyotes, Oklahoma is just the place to do it. A $75 Nonresident 5-Day Hunting license is all that’s required to chase song dogs on public and private dirt, and there is no limit on these toothy varmints.

Oklahoma is littered with Wildlife Management Areas, many of which are measured in thousands, not hundreds, of acres. To view all ODWC WMA’s, visit wildlifedepartment.com. While coyotes are prevalent throughout the state, the Black Kettle National Grasslands, located in the state’s western half near the Texas border, is a great place to start. The rolling hills, plum thickets, creek bottoms, and tall grasses make ideal habitat for coyotes. Totaling 31,300 acres, Black Kettle gives hunters room to get away from the masses.

When scouting, keep a keen eye for prey coyotes are likely feeding on. Most hunters rely only on rabbit distress sounds, and coyotes have grown weary to these kinds of calls. Pay attention to bird life as well as other prey like turkeys and deer. In addition, don’t be afraid to howl, especially during mating season which kicks in during late January.

A bonus to hunting in Oklahoma is feral swine. There are loads of wild hogs in the Cowboy State, and there is no bag or possession limit for them.

Though the Rushmore State suspended its annual roadside pheasant survey in the summer of 2020, all signs point to another banner late-season for those that crave heavy flushes. In 2018 hunters put over one-million birds on the ground in according to a harvest report provided by South Dakota Game, Fish & Parks.

Wet summer and fall conditions in 2019 kept crops in fields longer and gave birds more cover. Late-season hunting, once the crops finally came out was spectacular, but many birds, due to a lack of early-season pressure and a semi-mild winter should’ve made it through.

South Dakota is sprinkled with public tracts large and small. From the rolling grasslands and croplands of Pierre to heavy agricultural tracts around Mitchell, hunters can find room to roam. Just punch gfd.sd.gov/hunting-areas into your browser and scroll through Game Production Areas, Walk-In plots, Waterfowl Production Areas, National Grasslands, and more. South Dakota’s habitat is diverse, and a little research will provide plenty of likely areas to hunt. You can also use the public access map with South Dakota’s pheasant distribution map to up your odds.

When most think of mule deer in Arizona, they think of the famed “Strip” and long draw odds. While it’s true that it takes time to get a tag in the northern part of the state, Arizona offers incredible hunting for late-season mule deer in over 50 units. Tags are available over-the-counter for nonresident hunters, but you’ll have to tote a stick-and-string. In addition, traveling hunters can pick up an archery javelina tag in many of these units—which is a nice bonus to a January mule deer hunt. Visit azgfd.com to view leftover javelina tags.

If spotted, javelina can be stalked. They do have an exceptional sense of smell, but their eyesight is poor. If you can keep the wind in your favor, getting bowhunting close is very possible. If you run out of stalking real-estate, pull out a predator call, and get ready. Often, these tusky critters will come on a dead run.

While spot-and-stalk hunting in the semi-open desert can be difficult, January is the best time to do it. Mule deer bucks are in full rut and they cover lots of country in search of does. Be prepared to spend time behind a quality set of optics, and you’ll get a chance at late-season success.