How to Choose the Right Rifle Hunting Setup for Pronghorn Antelope

With the right tactics, your deer rifle might be all you need to connect with a speed goat 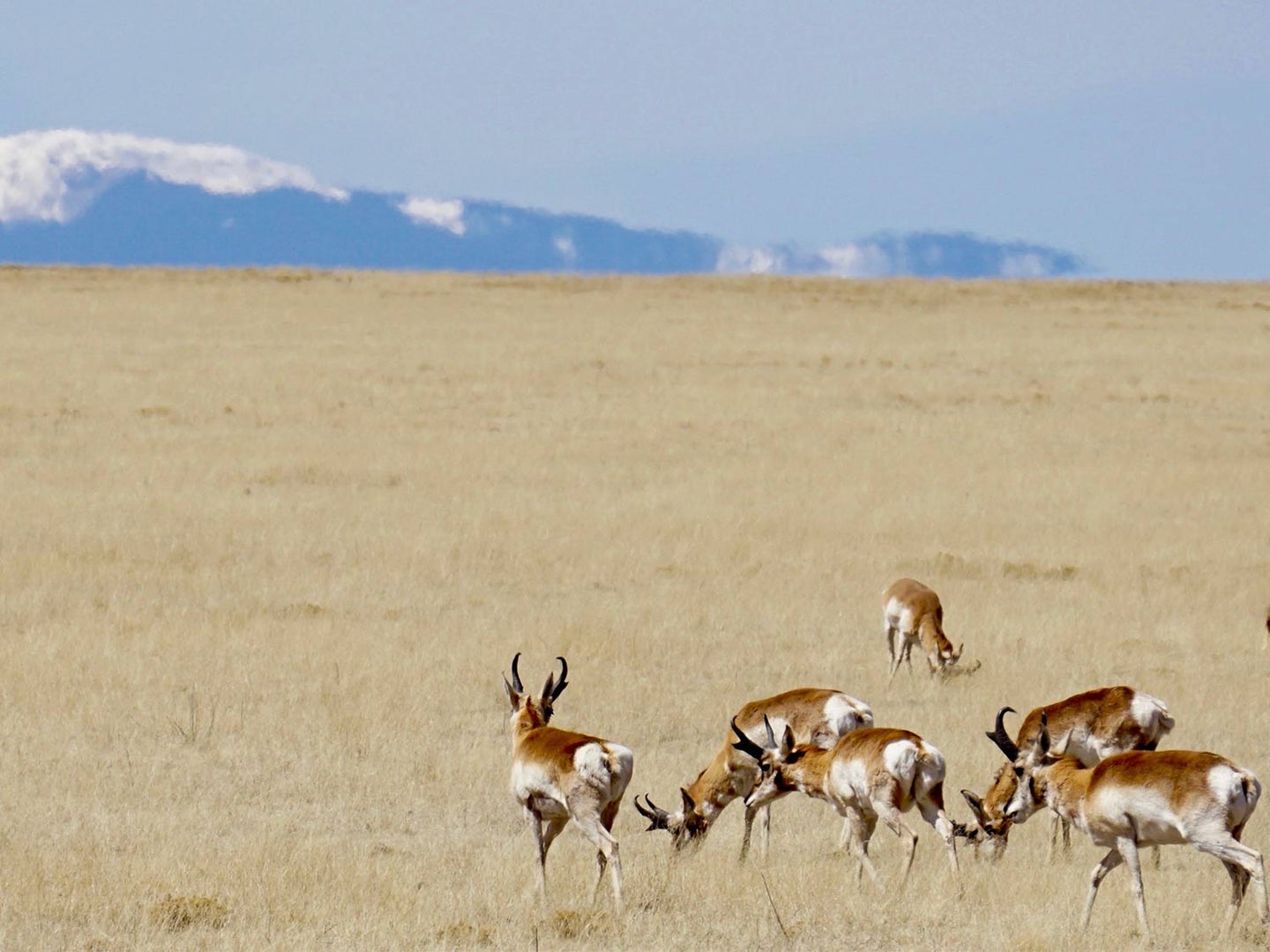 If you know how to use the terrain to your advantage, you don’t have to shoot antelope from so far away. Matthew Every
SHARE

The pronghorn antelope is not the most difficult of beasts to hunt, but there is an increasingly widespread misconception that taking one involves shooting at distances just short of an Olympic marathon course. You can do this if you wish. You can even call it hunting if you want to; it’s still a free country…sort of. But the facts are much different.

Westerners call pronghorns goats. It’s not a euphonious appellation (question to movie buffs: Who used this phrase?), but it will do here. I killed my first goat in 1972 at 150 yards and have hunted them more or less regularly since then. In my entire history of sending bullets after pronghorns, I’ve made only one long shot, which was at 460 yards. But that was not typical antelope hunting. Of all the goat shots I’ve taken, the average has probably been about 150 yards.

The key to getting up on the beasts lies in the seemingly flat land they inhabit, which is actually broken, cut, and intersected by coulees, ravines, gul lies, washes, draws, ridges, hills, and divides. A smart antelope hunter can take advantage of this tortured topography to get close’almost always less than 200 yards, and very often less than 100. —David E. Petzal

A Rangefinder is Essential

The Truth About Goat Guns and Cartridges

This means you are not going to need a huge scope or a rifle whose bullets exceed the speed of light. Antelope are not big – the bucks range from 90 to 130 pounds (although this last is a pretty huge goat) and stand perhaps 3 feet at the shoulder. They are not hard to kill, although if you shoot one in the paunch it can run almost forever.

Very possibly, the 25/06 is the best goat gun of all. It’s a wonderful, light-kicking round that has plenty of velocity (but not so much that it will destroy the animal) and enough bullet weight, and it can double very nicely for mule deer if you’re hunting them on the same ticket.

Whichever caliber you decide on, be sure to get quick-expanding bullets, such as the Nosler Ballistic Tip, or the Winchester Ballistic Silvertip. You don’t need a great amount of penetration on goats, and these bullets will get the job done quickly.

I prefer a little weight in an antelope rifle. You won’t have to carry it very far, and you want something steady that you can shoot prone. —D.E.P.

Glass Goats From Far Away Before They Know You’re There

Goats have astounding vision, so to level the playing field, you should have a scope with 8X-10X top magnification and a 10X binocular. If you’re guiding yourself, bring a spotting scope. This last comes in very handy for judging trophy heads from a very long distance.

Smart hunters stay in the pickup to do their glassing and get out only when they are out of sight of the antelope. Goats are not alarmed by pickups (unless they’re being chased), but a man on foot is reason to go elsewhere fast. —D.E.P.

Stay Low for a Steady Shot

Pronghorn hunters stand a good chance of getting a steady prone shot, so learn to shoot over your daypack, or to use a sling from prone. Or buy a Harris bipod and clamp it to your fore-end. You may have to crawl to get into position, and if so, you’ll find that the sagebrush is carpeted with small cacti, yuccas, rocks, and serpents. To deal with the first three, order a set of knee and elbow guards. —D.E.P.

Four Tips For Sneaking Up On A Pronghorn

1. Use the terrain to your advantage.

A pronghorn’s range is filled with nooks and crannies (ravines, dry washes, arroyos) that let you get close without being seen. Start by driving off the main road. The more hills you can put between you and the road, the better. (Some states allow you to shoot from a stationary truck, as long as the tires are off pavement and feet are on the ground.) —Slaton L. White

2. Use the fences to figure out where they’re going to go.

Find a fenceline. Antelope don’t like to jump fences, so you can use that fence as a known border to help predict their movement—and keep them within range. Next, pick a knoll, sit down, and glass the area. Bear in mind that most pronghorns aren’t all that big (typically about 70 to 90 pounds), so they may seem farther away than they actually are. —S.L.W.

When you move in on a potential pronghorn buck, stay low— preferably on all fours. Kneepads (the thick kind floor-tile installers wear) and gloves are essential in these situations. And as you creep up to the crest, get down on your stomach—and go slow. A skylined hunter at this point in the stalk will have the herd running at warp speed. —S.L.W.

4. Try and intercept the herd even if you blow it.

If the animals take off before you pull the trigger, note the herd’s direction. Back off and start moving parallel to them, using the terrain as a screen and the fenceline as a funnel. Set a course to intercept the herd. You may have to repeat the drill a few times. But the process requires patience, stalking ability, and a sense of timing—in other words, hunting skills. —S.L.W.

Note: If you encounter a prairie rattler while creeping up on a goat, here’s what to do: