Venison gets all the credit, but any wild game—even “trash” ducks—is fit for royalty as long as you cook it with care 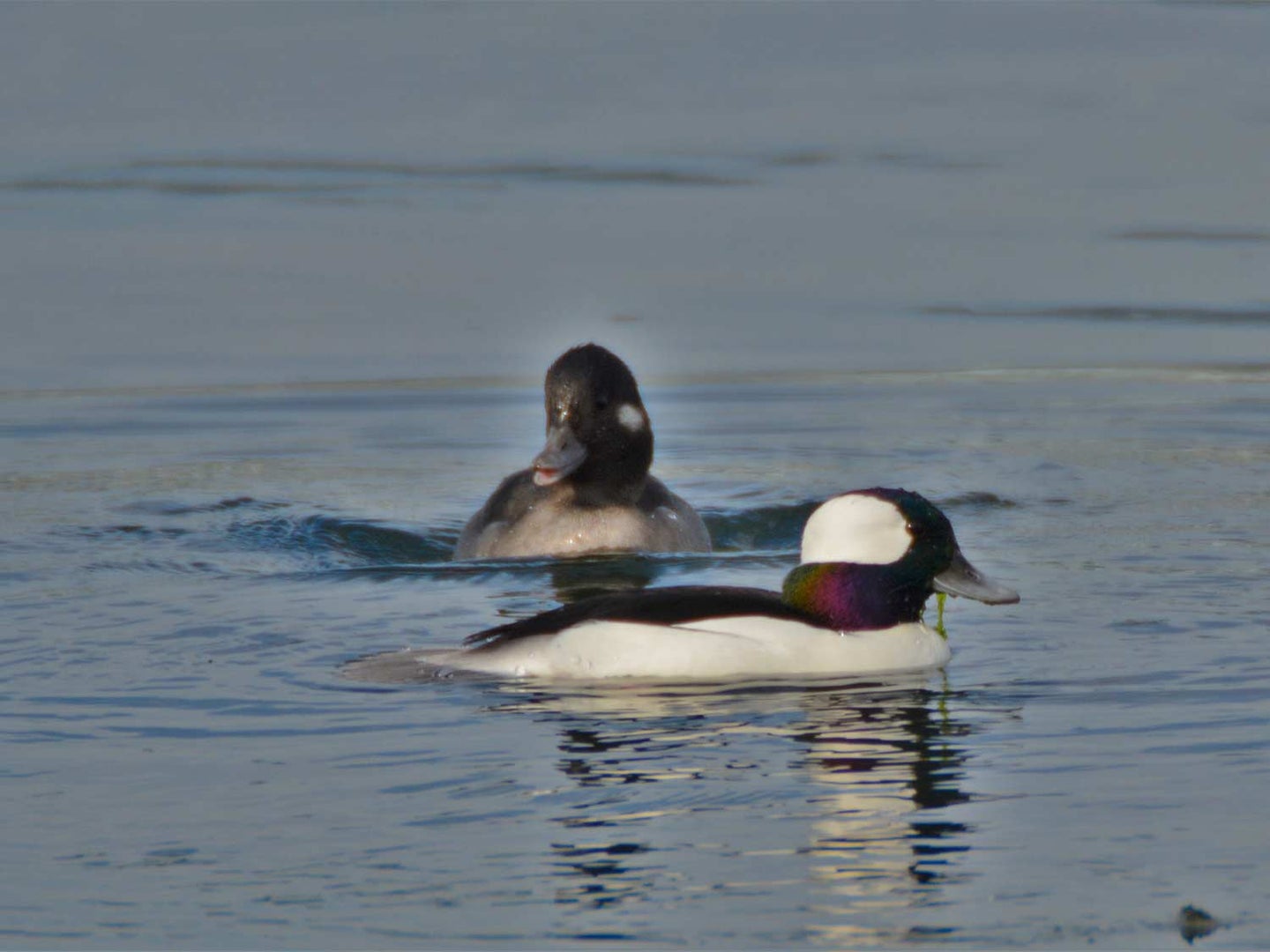 Buffleheads don’t have much of a reputation as table fare, but if you cook and season them just right, you’d be surprised just how rewarding they taste. bryanhanson1956 / Pixabay
SHARE

Neither of those birds is held with gustatory acclaim, but they were in the bag so they were headed to the dinner table. I cooled them down quickly, and cleaned them on the weathered boards of a boat landing as the first stars began winking in the sky overhead. At camp, I grilled the breast fillets skin side down to render a bit of the fat, turned them over for a quick sear on the other side, sliced them thin and tossed the meat with Jamaican jerk sauce. Each little duck morsel wore a cap of fire-blackened skin, and dripped with chunks of tamarind and habanero hot sauce. A Ritz Cracker never bore just a delicious crown.

My pals had looked askance when I walked up from the boat dock with the paltry spoils of a long day in the salt marsh. Nobody—including me—thought those two so-called trash ducks were going to be anything close to memorable. Granted, they were so fresh they’d been quacking five hours earlier. And there is something about an open flame and the memory of sunset in the marsh that will season any grub. But nobody thought we would be eating like kings.

To tell the truth, though, that is the great legacy of hunting and fishing in America: We eat like the nobles of yore. Back in the day, only the royalty got to eat wild game. The poor folks were stuck with pigs and cows and chickens. Three hundred years ago, free access to fish and game—and firearms—was the funnel through which the early colonists first poured. Unlike in England and the rest of Europe, where the rich folks locked up land and access to wild game, in America the world was, literally, your oyster and your venison backstrap alike.

Read Next: How to Cook and Eat a Merganser

The early explorers could hardly believe the bounty. In October of 1663, the English adventurer William Hilton—namesake of South Carolina’s Hilton Head Island—sailed his ship up the present-day North Carolina’s Cape Fear River and found a literal cornucopia of game: They never got a shot at the deer, elk, and bison that roamed the Atlantic woods at the time, but Hilton and his men killed four swans, 10 geese, 29 “Cranes,” 10 turkeys, 40 ducks, six or seven small birds, such as curlews and plovers, and three dozen Carolina parakeets. Word of the New World’s protein bounty was described in glowing terms in a London weekly newspaper, The Moderate Intelligencer. “Now you see you are plentifully fed and cloathed with the naturall Commodities of the Country,” effused the author, “which fall into your hands without labour or toyle, for in the obtaining of them you have a delightful recreation.”

I’m not sure that I’d describe duck hunting as lacking in labor or toil, but the rest is spot on. The bufflehead on my Ritz Cracker, the venison on my sandwich: Riches, indeed.

I thought of that as my pals and I downed duck crackers and licked our fingers. Bufflehead and squirrel—and in the way back, robins and warblers and even parakeets—aren’t the crumbs. This is how the nobles ate.

But perhaps this is just a way of expressing our gratitude for the bounty that, miraculously, across these centuries, still remains in our woods. Maybe all our posts are simply spontaneous acts of celebration: Those of us who hunt and fish scroll through our pals’ social media feeds with wild eyes thinking, Can you believe this is ours for the taking? Can you believe we get to eat this stuff? Game and fowl and still plenty of it. We know it’s not as easy as it used to be, and we know we have to work hard to keep it from going down the toilet. But for now, and certainly at this time of year, there are times when it does seem such a copious bounty. We just cannot believe it.

So grab your gun, and grab your rod. Hit the woods and post those pics of buffleheads and scoters, raccoons and squirrels. Hold your head up proud. Here, and now, we still feast like kings.