How to Drive Deer During and After the Rut

Whether bucks are locked down with does or recovering from a long breeding season, a well-planned drive can get them in your sights 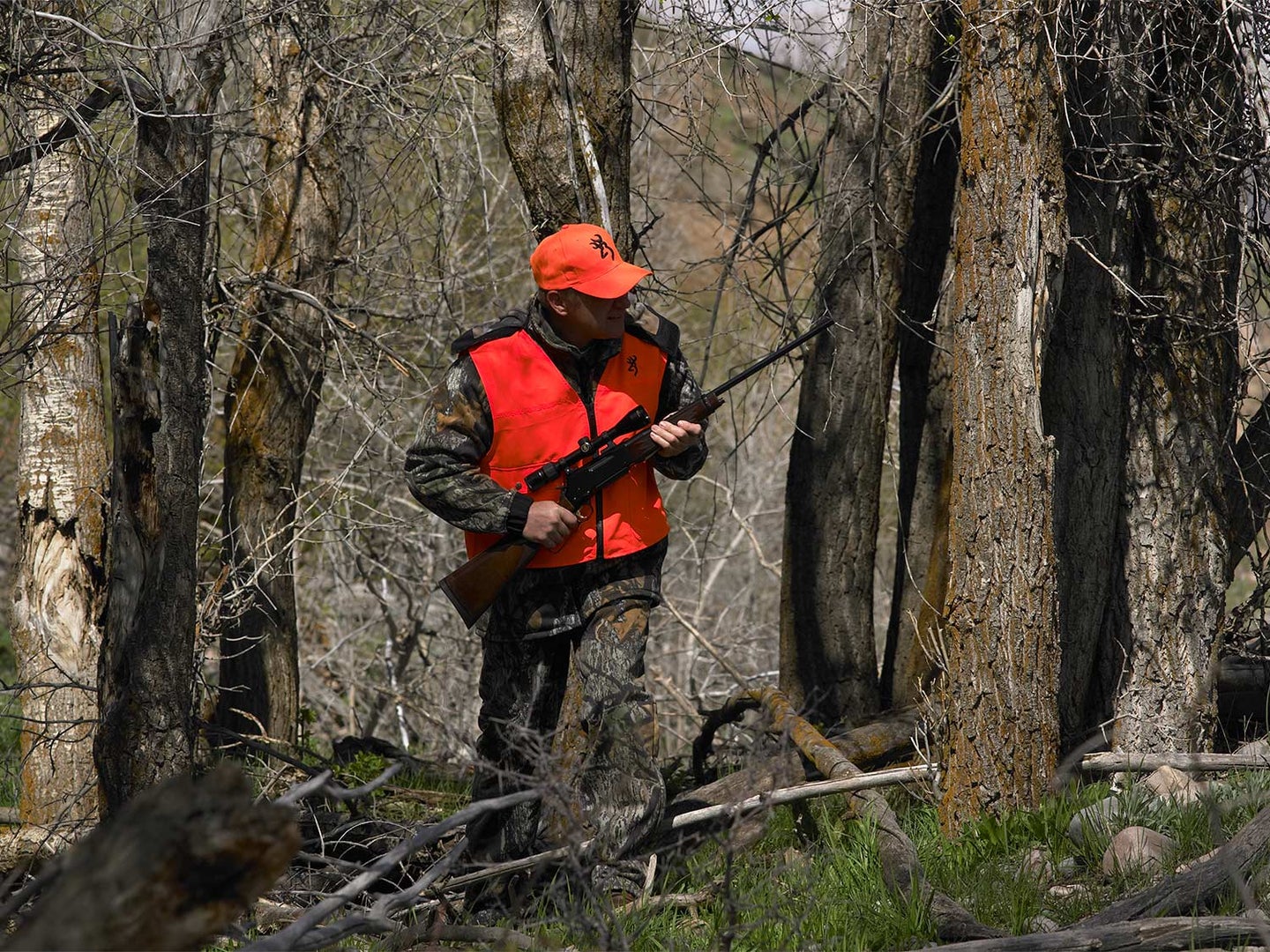 Tired of sitting in a treestand yet? By the time the rut rolls around, many of us have spent days’—even weeks’—worth of hours 20 feet off the ground, just waiting. If you’re itching to get down and get moving, it’s not too early to stage some precision, low-impact deer drives. And once the rut is over, well-coordinated drives, big and small, can be the best way to get worn-out bucks on their feet and in front of a gun.

How to Stage a Peak-Rut Deer Drive

As good as stand hunting can be when bucks are searching for estrous does, it can be brutally slow once they find them. During the peak-breeding phase of the rut, most mature bucks are holed up with hot does. In most cases, they aren’t going to move-unless you move them by coordinating quick-strike, precisely focused drives in one doe bedding area after another.

A friend and I teamed up last season to do just that. While working a small thicket of saplings and brush along a river during the rut, we pushed out 15 does, three small bucks, and one 11-pointer that followed the does along the riverbank. The buck was so close it almost fell at my feet when I shot it.

Peak-rut drives work because once a buck has paired with an estrous doe, the sight and sound of approaching hunters is often not enough to make him leave her side. But when a doe or a group of does is pushed from bedding cover, one or more bucks is apt to follow.

First you need to locate doe bedding areas, which are fairly easy to pinpoint and drive. Compared with buck bedrooms, these are often found in more open cover, typically with gentler terrain. Groves of saplings and young cedars or pines, abandoned orchards, patches of honeysuckle, and weedy or brushy cover near feed fields are all likely bed sites. Regenerating riverbottom habitats are especially good.

Pinpoint several of these spots before the rut begins, keying on small, precisely defined pieces of cover. The area my friend and I drove, for example, was ideal. It was only a few acres in size and had a specific funnel shape that allowed us to push deer where we wanted them to go.

Two or three hunters are usually required to push these areas, with one to two hunters posted along any funnels deer may use to escape. Lacking an apparent funnel, simply put the posters downwind of the cover in a place where they’ll have clear shots.

You want to push slowly toward the posters—without any whooping or stomping—and keep the wind at your back or side. As on any drive, make sure all parties wear plenty of blaze orange and the posters know where they can and can’t shoot. If the first doe bedding area fails to produce, move immediately to the next. If your timing is right, a buck will eventually follow a doe right to the guns.

How to Drive Deer After the Rut

Pressured post-rut bucks often hunker down and move little during the day. So you’ve got little to lose by staging a drive. In fact, considering that Milo Hanson shot his world-record 213-5/8 typical whitetail on a drive, you may have a great deal to gain.

These deer tend to seek refuge either in large tracts of wooded land or isolated patches of cover that are so small or unlikely looking that most hunters walk right by them. Here’s how to push both.

How to Drive Big Tracts

Bruiser bucks love to hunker down in larger areas such as thick regenerating clear-cuts and conifer swamps. Here, a noisy drive involving six to 10 hunters is best.

In this case, put the wind at the drivers’ backs and have them move through the cover in an open U-shape, which will help prevent deer from escaping out the sides. It’s also useful to have a barrier—a lake, a river, a field, or a steep bluff-on one side to further channel buck movement.

Drivers should call out occasionally. This keeps everyone moving in the right formation, lets standers know when drivers are getting close, and helps push out reluctant bucks.

Standers should cover the straightaway exit points as well as side seams where a gully or a hedgerow could offer a possible escape route. Also post two hunters behind the drivers because the oldest bucks will often try to sneak out the back door.

As with all deer drives, safety should come first. Drivers should never shoot in the direction of the standers (and not at all in tight areas), and posters should only take shots in directions away from drivers.

How to Drive Small Areas

Brushy ditches, abandoned home sites, and overgrown thickets between fields are often ignored by hunters—but not by bucks seeking refuge. These are prime places to stage a quiet two- to four-person drive.

Driving crosswind is best. In these small pockets, you don’t want the drivers’ scent moving toward a buck or he might slip out before the push even gets going. Drivers shouldn’t talk, either. Simply walking through the cover is all that’s needed.

When positioning posters, keep in mind that a pushed buck will likely head for the nearest, densest cover and will almost always try to get there by following the best concealed route, whether it’s a fenceline, a swale, or even a narrow row of uncut crops. Finally, make these drives quick and efficient so that you can push several small spots in a day. Done right, either of the above approaches can put a late-season trophy on the ground-with plenty of people to help drag it out.