How to Scout for Late-Season Ducks—and Shoot a Limit

Smart recon is key to waterfowling success all through the fall and winter, but during the late season, it will make or break your hunt 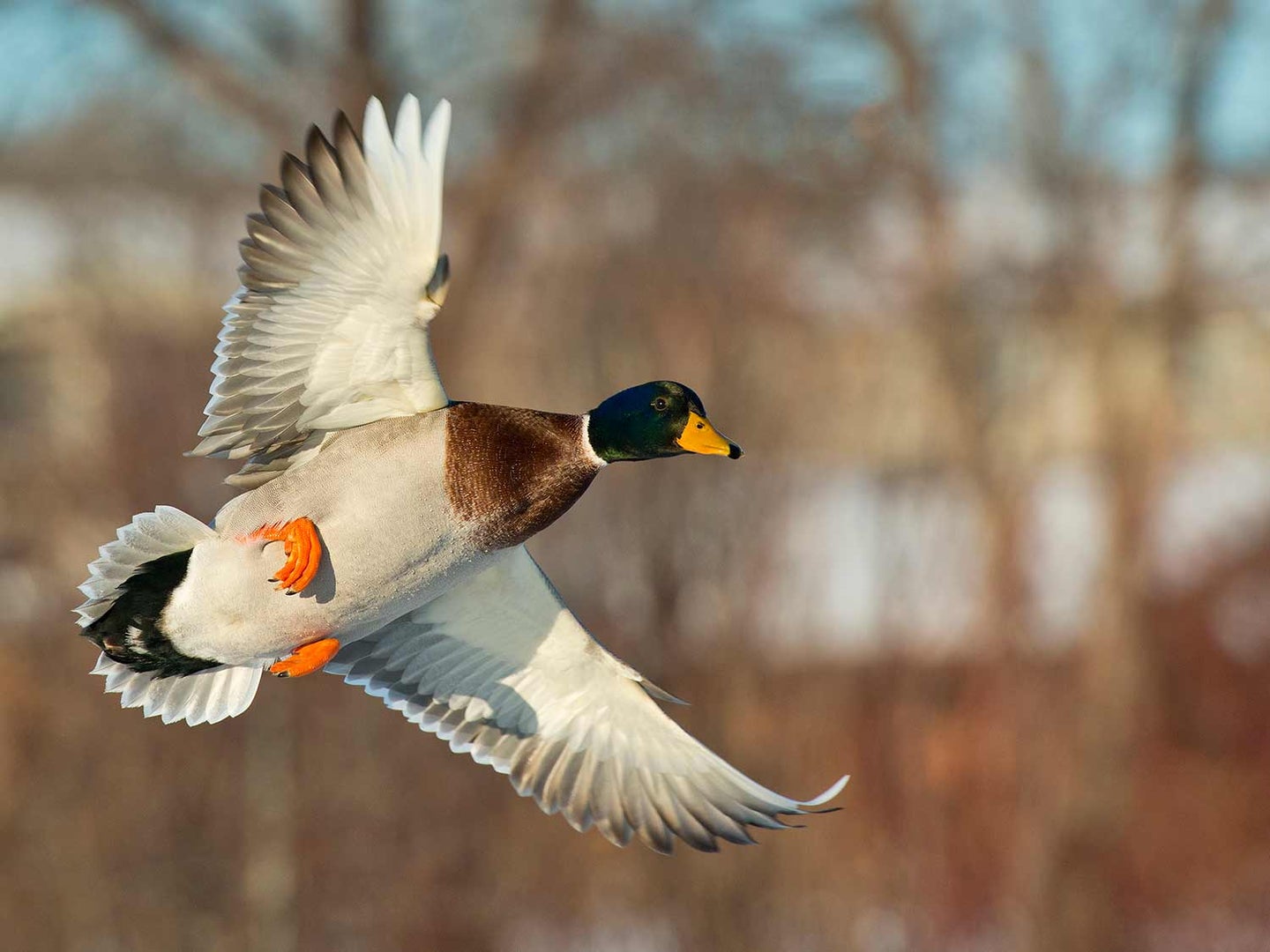 A few days before calling up my buddies, I couldn’t have tossed a dead cat by the tail without knocking a gadwall off a mudflat. I should have known better than to promise my friends limits, but that’s exactly what I did. And that’s why, the afternoon before our hunt, I was driving backroads along the river in desperation, looking for ducks that seemed to have vanished.

Finally, an hour before sunset, I walked to the end of a point and, through binoculars, caught glimpse of a dark mass nearly a mile up the shoreline. I thought it could be stumps, or coots—but maybe, possibly, ducks.

I walked back to the truck to trade my binos for a spotting scope on a tripod. Fifty-five power magnification revealed a swarm of gadwalls, teal, and shovelers, thick as piss ants on a cookie. But they were on a mudflat I’d never hunted before. I could’ve dropped my boat in the water to scope out the area immediately—but that would’ve flushed the ducks. So instead, I went back to camp, waited for nightfall, and called my buddy Ryan with a plan.

We wrestled the boat off the trailer by light of the moon, and with the outboard trimmed, we idled toward the mud flat. A hundred yards out, and we had to stop and push. The water was just 6 inches deep, but with our headlamps we could see milfoil sprigs and scattered feathers. But the flat looked different up close. I’d thought it was 30 yards long with plenty of brush to hide behind. It was actually the size of a football field, and the nearest cover was 40 paces from the water. But we had a fix for that.

The next morning was quiet on the river, except for right in front of our layout blinds, which we’d set at the water’s edge, 15 yards from the decoys. We filled our limits in an hour on feet-down ducks.

How to Scout Late-Season Ducks

Careful scouting is always a good idea, but it becomes all-important in the late season, when you’re dealing with wary, localized ducks that have learned to avoid permanent blinds. For hunters chasing such birds on big river sandbars, reservoir shorelines, potholes, crop fields, and other late-season haunts, killing ducks requires a little more work—but the formula is easy. Find exactly where birds are sitting, figure out a way to get there and hide without scaring them, and then show them a realistic spread. Do that, and you’ll consistently kill ducks. But it all starts with smart, thorough scouting. So, here’s how to do it right.

Use Optics to Spot Ducks

Binoculars are indispensable for freelance waterfowlers, but I’m always amazed at how few duck hunters carry them. Whether I’m in the truck or my boat, I keep mine with me—in a four-point, protective harness—all season. You don’t need top-shelf glass because you’re not looking for hours on end and don’t have to worry much about eye strain. Nor are you doing much glassing in low light. Plus, the water, mud, and sand that go with duck hunting are not kind to glass. I’ve used bargain- to mid-priced binos from Nikon and Bushnell for waterfowl work, and they’ve done just fine. Bring a lens cloth and alcohol to keep your optics in good condition.

I haven’t always used a spotting scope, but it has been proving its worth lately. On the big rivers and lakes that I hunt, it’s easy to see a mile plus in a few different directions, and distant ducks can look pretty fuzzy through binoculars. Mine is a Leupold Santiam 27-55x80mm, mounted on a lightweight tripod. It’s a bigger investment than cheap binos, obviously, but I use it throughout the big-game season too. I don’t often take my spotting scope along for boat rides, but it’s handy when glassing from shore and trying to decide whether there are wigeon mixed in with a distant flock of coots—or if that canebrake on the shore is actually someone else’s duck blind.

Once I find birds through the glass, I spend some time just watching them, while asking myself questions. How many are there? A couple dozen ducks can make for a good hunt if you do your part on the gun. Anytime I’m looking at feeding ducks on the water, I expect to see half again as many more the next morning. What species are they? I’m a firm believer in species-specific decoys.

What are they doing? Feeding ducks never sit still. Different family groups will scoot into an area, tip-up and feed, swim out, and then come right back. They’ll do this for hours if left undisturbed. Your job with optics is to zero in on those spots where they’re doing the most feeding. The places might only be the size of a pickup truck. From a distance, I note stumps or clumps of vegetation that are nearby that I can use as landmarks once I’m actually setting up to hunt. Things look different from a 1,000 yards, but when you’re planning for a 20-yard shot, you need to be on the money.

Finally, I note the wind direction on the day that I’m scouting, and I watch how incoming ducks approach those already sitting on the water to figure out their favored flight paths.

A duck’s eyesight rivals a turkey’s, and feeding birds are wary. Resist the temptation to sneak closer to them for a better look. Instead, just wait. They’ll leave at dark to roost elsewhere, and that’s when you make your move. Chances are, the competition won’t be out there scouting at 10 o’clock at night. (Just be sure that after-dark scouting is legal in the area you’re hunting; in some public areas, it isn’t).

I’ve had several awesome hunts the past couple seasons by finding ducks at sunset, going home to grab dinner, and then coming back at night to solidify the hunt plan. You might learn that there’s enough cover to hide two people, but not three. Sometimes you find out that there’s no cover at all nearby, and you need layout blinds. On cold nights, you might find a beaver run or spring that’s keeping the water open. The extra planning the night before helps account for details like this, and prevents scrambling an hour before daylight.

It’s worth bringing a GPS or your phone to drop a pin on your new hotspot at night too. That helps you find it in the fog, or you might even learn of an easier approach. After looking at the mudflat on the map, Ryan and I realized that our spot was only a few hundred yards through the woods from a paved road. We didn’t need my boat at all for future hunts. We knocked on a door and asked the owner of those woods if we could haul our decoys across his property, and he said sure, so long as it was after deer season.

A good hunting buddy of mine once told me that the only way to kill ducks is to go duck hunting. That’s true, but these days I spend nearly as much of the season scouting for birds as I do actually hunting them, and I think we kill more ducks than we used to. I always recommend against promising limits to your buddies, but on the other hand, if you do your scouting, there’s a good chance it’ll work out—and it sure does feel good to call your shots.