David E. Petzal answers your most pressing questions, like it or not 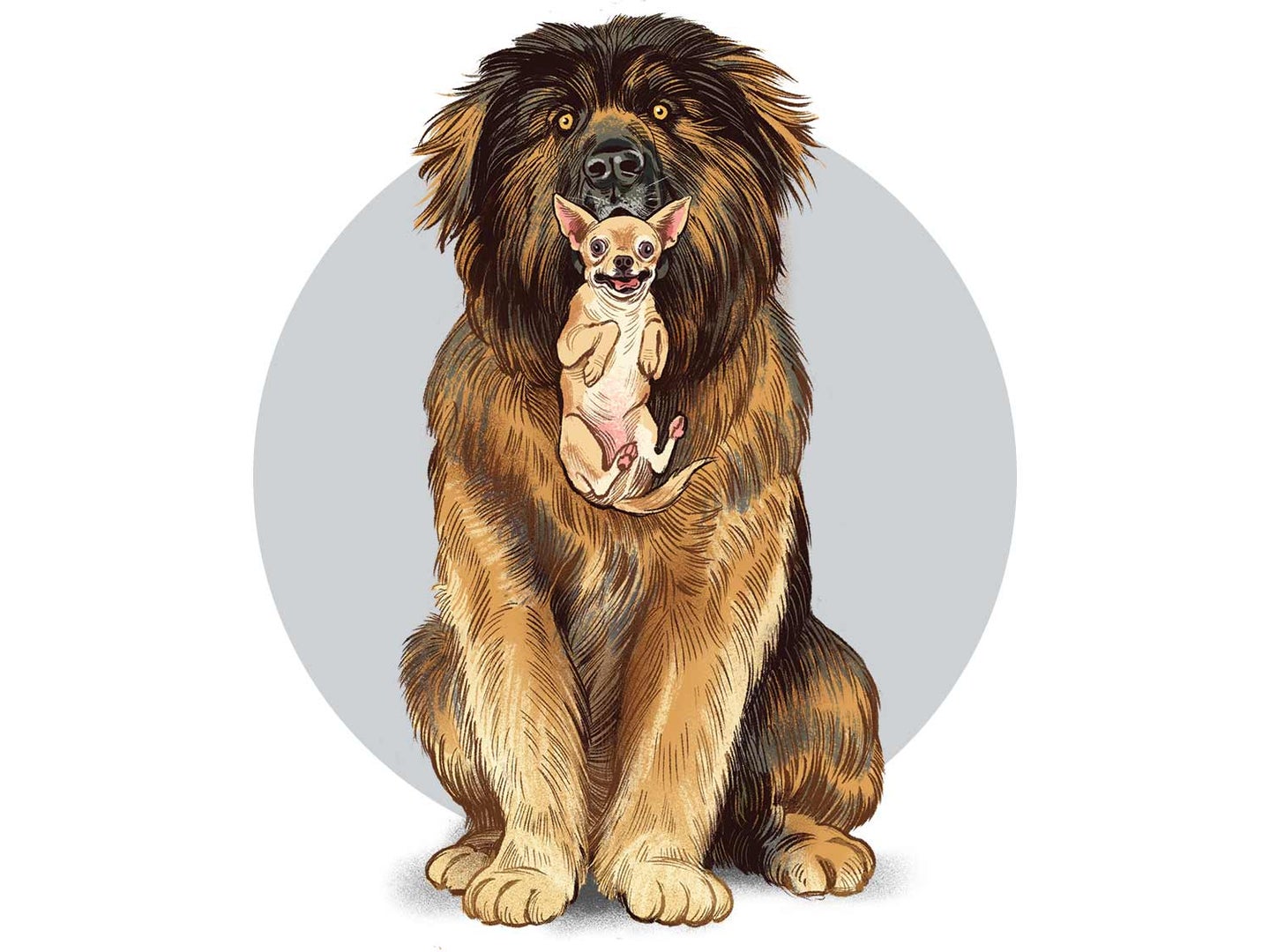 Our legendary rifles editor answers your most pressing questions—like it or not. Brandon Loving
SHARE

What is your favorite breed of dog? And Why? —Jon Jackson, Casper, Wyo.

My favorite breed of dog is the Leonberger, which is a whole dog pack rolled into one animal. The males can weigh up to 160 pounds. They look like a long-haired African lion with a dog’s head. The long coats make them ideal for Maine. I would like to own one and train it to eat step-on dogs.

With high-quality rings and/or a light-­kicking rifle, lapping is probably unnecessary. However, with cheap rings and/or a hard-kicking gun, hand-grinding (lapping) the rings for maximum contact may be necessary. Cheap rings often give you hardly any contact at all. Also, scopes can slip even with lots of contact. That can be cured by applying machinist’s rosin or Barge Cement to the rings.

What ­haven’t you seen yet in the woods that you’d most like to, while you still can? —Corey Blake, Providence, R.I.

I would like a good, close look at a wolf pack. All the wolves I’ve seen have been going like hell in the other direction. I think they are fascinating and wish they would stick around for a while.

Is it better to shoot straight into the wind or have it straight at your back? —Quincy Koehn, Red Oak, Iowa

I read a story where you said the .22 WMR was overrated. so I want to know, are you crazy? —Ryan K., Knoxville, Tenn.

I don’t think I’m crazy, but I’m probably pretty disturbed. Aside from that, I’ve shot one accurate .22 WMR in my entire life, and the ammo costs a lot more than it does for the .22 LR for a very small increase in power. That, to me, is overrated.

I was gifted a pre-64 Model 70 Super Grade .270 Winchester by my grandfather before he died. I was given strict instructions to hunt deer with the rifle. It is adorned with a Tasco 3–9×40 from the early ’90s. Is it sacrilege to replace the scope? If not, what do you suggest I buy that would match the aesthetic and make my grandfather proud? —Tyler Gall, Bedford, Va.

Replace the scope, for heaven’s sake. I’ve replaced all my scopes twice over since 2000. Aesthetics? Who knows? Just get a good one, of which there is a slew, and your grandfather will be proud.

What’s the angriest that you’ve ever made a reader, as far as you know? —Evelyn Ernst, St. Louis, Mo.

Years ago, in the letters section, I made some stupid joke about “Okrahoma,” as in okra, and a Sooner reader called asking for a retraction and an apology. He got neither.