How to Make an Accurate Rifle Shot in the Wind

First figure out the wind direction, then determine the speed of your rifle 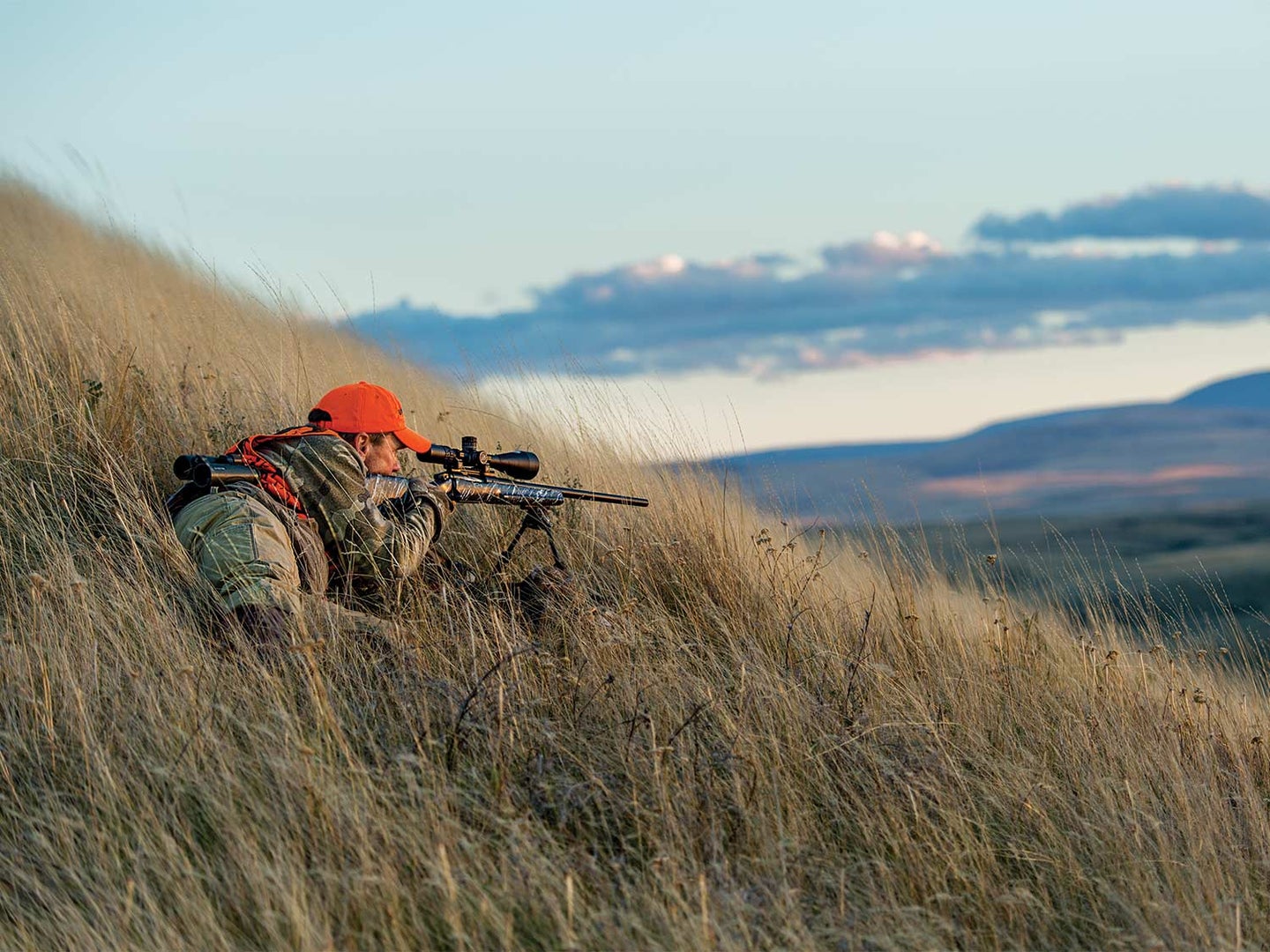 A Montana hunter prepares for a long-range shot on a breezy day. bill buckley
SHARE

More than once I’ve heard a shooter mutter, ­“WTF?” (not the PG-13 version), after missing a shot at the range. This is backward, however. We should say ­“WTF” before pulling the trigger. It’s what my friend Frank Galli, a former Marine scout sniper and shooting instructor, teaches his students. Short for “wind, trajectory, and fundamentals,” it is the mental checklist to use when prepping for a shot. Wind comes first because it’s by far the trickiest.

Start by dividing the wind into three segments: at the muzzle, midway between muzzle and target, and at the target. Any wind at the muzzle will push the bullet in that direction for its entire flight. In the middle, the bullet is at its maximum height, where wind speeds tend to be greater, so you may need to account for a faster wind gradient. Near the target, the bullet is slowing down, and wind will push it around more easily.

Measuring wind speed and direction at your location is the easiest. A handheld wind meter, which can be had for less than $20, is a vital tool. Direction can be determined with a piece of flagging tape, a wind checker, or the hygienically questionable standby, licking your finger.

Determining wind speed at the other two distances requires observation. The classic rule of thumb says a 5 to 8 mph wind gently moves leaves and grass; at 8 to 12 mph, dust gets kicked up; from 12 to 15 mph, smaller trees will sway; and at higher speeds, water will show whitecaps. This is a useful guide, but it comes with an important caveat. It takes more to push around trees and bushes growing in windswept regions, like the Great Plains and Rocky Mountains, than it does the broad-leafed oaks of the East and Midwest. So your mental map of how wind affects the environment needs to be calibrated to the terrain.

If the wind appears consistent in each of the three segments, use the value taken at the shooting position. If not, bump the value up or down depending on what you see at the middle and longer distances.

Figuring out wind direction downrange is tough, but if there’s any mirage you’re in luck. I learned this trick from Emil Praslick, one of the best wind callers in the world of long-range shooting. Using your binocular or spotting scope, pivot until the mirage boils straight up and down. On that vector, the wind is either heading straight toward you or straight away. Compare that to the direction of the shot, and you’ve established the angle of the wind relative to the bullet’s flight.

Now, what percentage of that wind speed do you use in your calculations? If the wind is blowing directly toward (12 o’clock) or away from the target (6 o’clock), the answer is zero—the wind will have no effect on the bullet. A crosswind (3 or 9 o’clock) uses 100 percent of the value. But what about wind angling somewhere between these points?

For MOA shooters, the drill is similar, except you find the wind hold for a 3 MOA drift at 600 yards. When you run the numbers for your rifle, you’ll have to round up or down a touch, but don’t sweat it. Make a chart and tape this to your stock, too.

Keep this data on hand, practice observing the wind, and you’ll find yourself saying “WTF” before the shot instead of after.