In an effort to recruit new hunters, the new bag-limit option allows some waterfowlers to take three ducks of any species or sex, making it easier for anyone who is unsure of their duck-ID skills 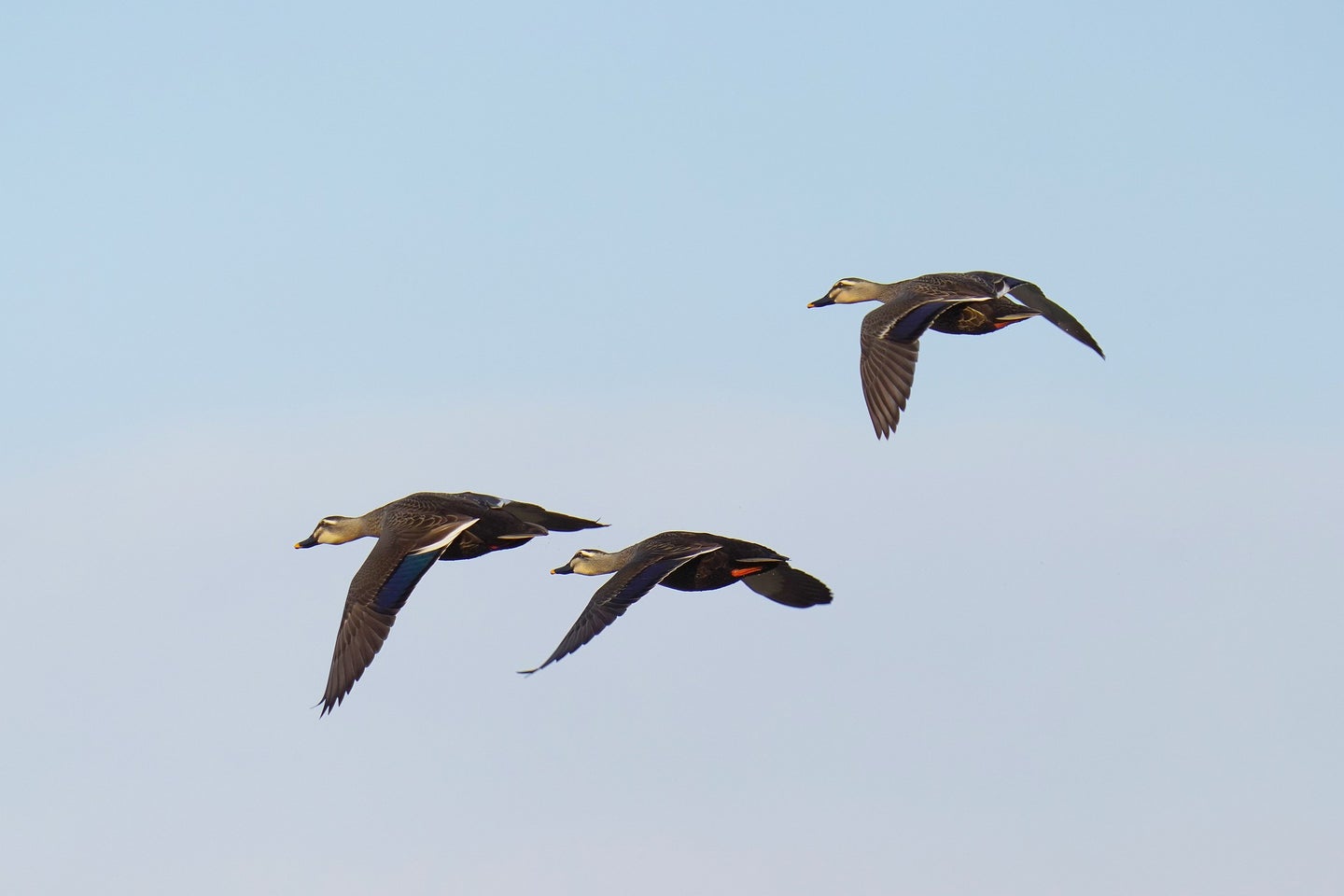 The “three-splash” rule would, for example, allow some hunters to take three hen mallards, instead of the usual two. dae jeung kim from Pixabay
SHARE

Shoot three ducks and you’re done for the day. What could be easier to understand? Nebraska and South Dakota waterfowlers will have the option to choose a “three-splash” limit this fall as part of an experimental two-tiered system. Intended to appeal to new waterfowlers who might be unsure of their duck identification skills, the three-splash limit is a measure waterfowl managers hope will encourage more people to start hunting ducks.

Hunters will be able to choose a Tier One license, the traditional option, which allows six ducks, with some restrictions on the species and sex of the ducks in their bag. Tier Two will be the three-splash limit. Hunters are limited to a total of three ducks with no restrictions at all on species or sex. A hunter with a Tier Two, three-splash license can shoot three hen mallards, for instance, while Tier One hunters have to stop at two hens, although they are allowed five mallards in all. Hunters will have to choose a Tier One or Tier Two limit when they purchase their hunting license and no switching Tiers will be allowed during the season.

The three-splash limit is a brand-new, out-of-the-box idea. While the R3 community hopes it will help recruit new waterfowlers, the few hunters who have commented on it to South Dakota Game, Fish and Parks so far have pointed to other obstacles they feel present a bigger impediment to new hunters. One, George Knebel of Webster, South Dakota, wrote in: “I do not think it is the kind of duck that is shot that is keeping hunters from hunting. It is more the cost of the hunt and the place to hunt.” He also suggested increasing new hunter numbers by promoting mentoring programs and offering reward programs to hunters who mentor new waterfowlers.

Out-of-state hunter Todd Scheuble of Webster, Minnesota, commented that South Dakota’s low quota of nonresident licenses and a lack of habitat and walk-in opportunities were the real problems with the state’s license sales. He called the three-splash option “the icing on the cake of insane management practices.” Whether or not the new rule will recruit new hunters is yet to be seen, of course, but there’s no doubt that for any inexperienced waterfowler concerned about species identification, it will certainly make things easier and less intimidating. The experiment will run through the 2021-2024 seasons and then be evaluated by Nebraska, South Dakota, and the U.S. Fish and Wildlife Service.