Do you need a 16-footer with an outboard, or will a canoe suffice? Here’s how to choose a duck boat according to your hunting style 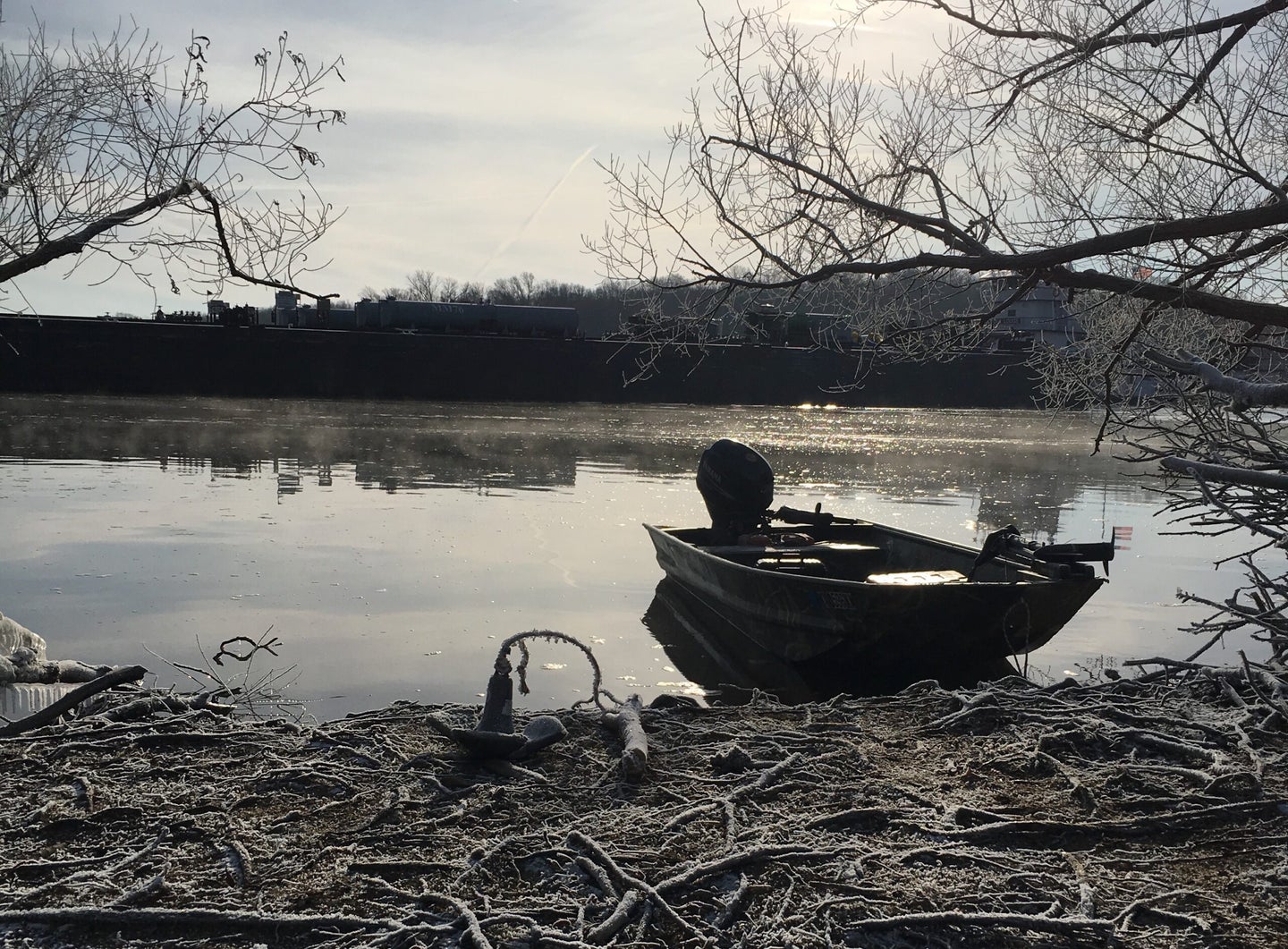 The right duck boat will match the style of hunting that you do. Will Brantley
SHARE

It’s true that a minimalist, walk-in approach can be effective for some styles of hunting. But it’s also true that duck hunters with boats kill more ducks than duck hunters stuck on the bank. Different styles of waterfowl hunting call for different styles of vessels. Depending on how you like to hunt, you may only need one or two of the boats on this list—or you may need to add another bay to your garage.

Good For: Pothole hopping, floating for wood ducks in streams, and setting up for loafing geese on farm ponds.

Weight, or lack of it, and portability are the biggest concerns for a lot of puddle duck hunting—whether you’re making a push deep into a public marsh or just need something to float across a 3-acre prairie lake. These are places where you have to launch a boat from the shoreline by hand, and that might be after carrying it or dragging it to the water’s edge.

So you need something that you can throw into the bed of the truck or strap to the roof of your Prius. A 10- or 12-foot aluminum jon boat is the classic choice, and they still work fine, especially if paired with an electric trolling motor or small outboard. If you’re paddling, a fiberglass canoe is faster, and it can haul more gear and hunters without capsizing. Fiberglass canoes are quieter than boats with aluminum hulls, too.

Used car-toppers abound. Check the classifieds, or do some driving around in lake town neighborhoods in the off-season. You’ll probably turn up more than a few sun-bleached canoes and jon boats that float just fine and can be bought with a few hundred bucks and a handshake. Spray paint some camo onto them, and you’re good to go.

A 14- to 16-foot jon boat with a 25-horse tiller-steer motor is standard-issue transportation on many of the country’s top public duck waters. These boats are sea-worthy enough to haul a couple hunters with gear (and the requisite Lab riding the bow) several miles. They draft minimal water, and bounce nicely off stumps and cypress knees. Many are paired with a boat blind for a mobile hide. A 25-horse outboard has enough ass to get you home in a surprise storm, but is light enough that a couple guys can usually wrestle it on and off the trailer in a floodwater ditch, too.

A flat-bottom hull is the traditional favorite style, but a modified-V—flat on bottom with a keeled bow—gives a smoother ride and is a little easier to snake through flooded timber. As for power, there are plenty of old two-stroke outboards still smoking their way down America’s rivers, but after running them for the past 12 years, I’ve absolutely come to prefer 4-stroke outboards. They’re cleaner, easier to maintain, and more reliable—all good things if you’re a duck hunter.

Good For: Running inches of water across mudflats, weed-choked bays, and other swampy environs. Some of the places puddle ducks like best simply can’t be accessed with a regular outboard motor.

Legend has it the long-tailed, air-cooled boat motor originated in southeast Asia, but Louisiana duck hunters and crawfish trappers popularized it in the states. Mud motors, as most hunters know them, use a lawnmower-esque engine to turn a prop, and they don’t rely on water to cool the system, as a traditional outboard motor does. That, combined with a rugged design and pivoted mounting system on the transom, allows them to push a boat through inches of water. The motors are loud and sluggish on open water (at least compared to an outboard of similar horsepower), but the only other way to access shallow water is in an airboat.

A good many mud motors are mounted on regular jon boats, but companies like Go-Devil build specialized mud boats with smooth bottoms and rounded chines (that’s boat talk for sides), which helps for easier turns and even better shallow water utility. Many mud boats have handlebars so you can stand up, hang on, and steer all at once.

Good For: Hunting mixed bags of divers and puddle ducks on major lakes and rivers in the winter, and fishing in the spring. These boats have the stability and horsepower to navigate moderately rough water, but are lightweight enough to push across a shallow flat.

I live in western Kentucky, where I can hunt and fish on the Kentucky and Barkley lakes, and the Ohio and Mississippi rivers. I’ve caught fish and shot ducks on all the above from a camo 1648 mod-V War Eagle aluminum boat with a 40-horse, tiller-steered 4-stroke Yamaha. The lack of a console means more space for decoys and blinds. I have a bow-mounted, foot-controlled trolling motor on the front that I use while setting long-line decoy spreads for January goldeneyes, as well as when I’m flipping bushes for bass in May.

It’s not the perfect boat for everything. There are times when I’d like to fish from something bigger and faster. And there have been moments, usually when pushing it across a mudflat in the dark, that I’ve wished it were lighter and paired with a mud motor. But the boat is an all-around compromise that I use 12 months of the year, and it’s never let me down. For duck hunters who also like to fish and don’t have the money or room for multiple boats, a rig like this is a good choice.

Good For: Tending offshore layout boats for divers and sea ducks, and running long distances on major rivers like the Lower Mississippi and Columbia.

Though I’ve done a bunch of diver hunting with my boat, there are days when it’s simply not safe to run a hull of that size on Kentucky Lake. Staying safe on true big water calls for a true big-water boat. When I’ve layout hunted on places like the Chesapeake Bay, the locals ran center-console fiberglass boats with 200-horsepower outboards on the back—the same boats they used for striper fishing.

I’d prefer an aluminum hull for a dedicated duck boat on freshwater. A wide, deep-V hull boat that’s 20-feet plus in length with a tall transom (maybe one with a splash guard) and a 150-horsepower or larger outboard will get you home when the going gets tough. It also has enough room to transport a layout boat strapped to the bow and 10 dozen diver decoys. Most duck hunters don’t need a boat like this—but if you do need it, having it is a matter of life and death.

Good For: These boats aren’t for transport, but are instead for hiding in plain sight from ducks and geese without getting wet. They’re expensive and specialized, but must-have additions for truly obsessive duck hunters.

Every serious duck hunter ought to experience a diver hunt from a layout boat once in his life. Bluebills, canvasbacks, redheads, and sea ducks love to raft up in open water where they can feed on underwater shell beds and avoid shoreline hunting pressure. A layout boat allows you to hide in open water, right amongst the decoys, at surface-level. It looks something like a UFO and is amazingly stable even in rough water. I’ve hunted from layout boats amid 4-foot rollers for sea ducks, and though it’s a little nerve-wracking, it works.

Other low-profile marsh boats are sometimes called layout boats, but they aren’t designed for big-water use like a true layout. Still, they are useful if you think of them as layout blinds to use in the water. I know of some Arkansas hunters who set them up in the middle of rice fields, brush them in with stubble, and kill regular limits of mallards, gadwalls, and pintails.