The 10 Biggest World Record Elk of All Time 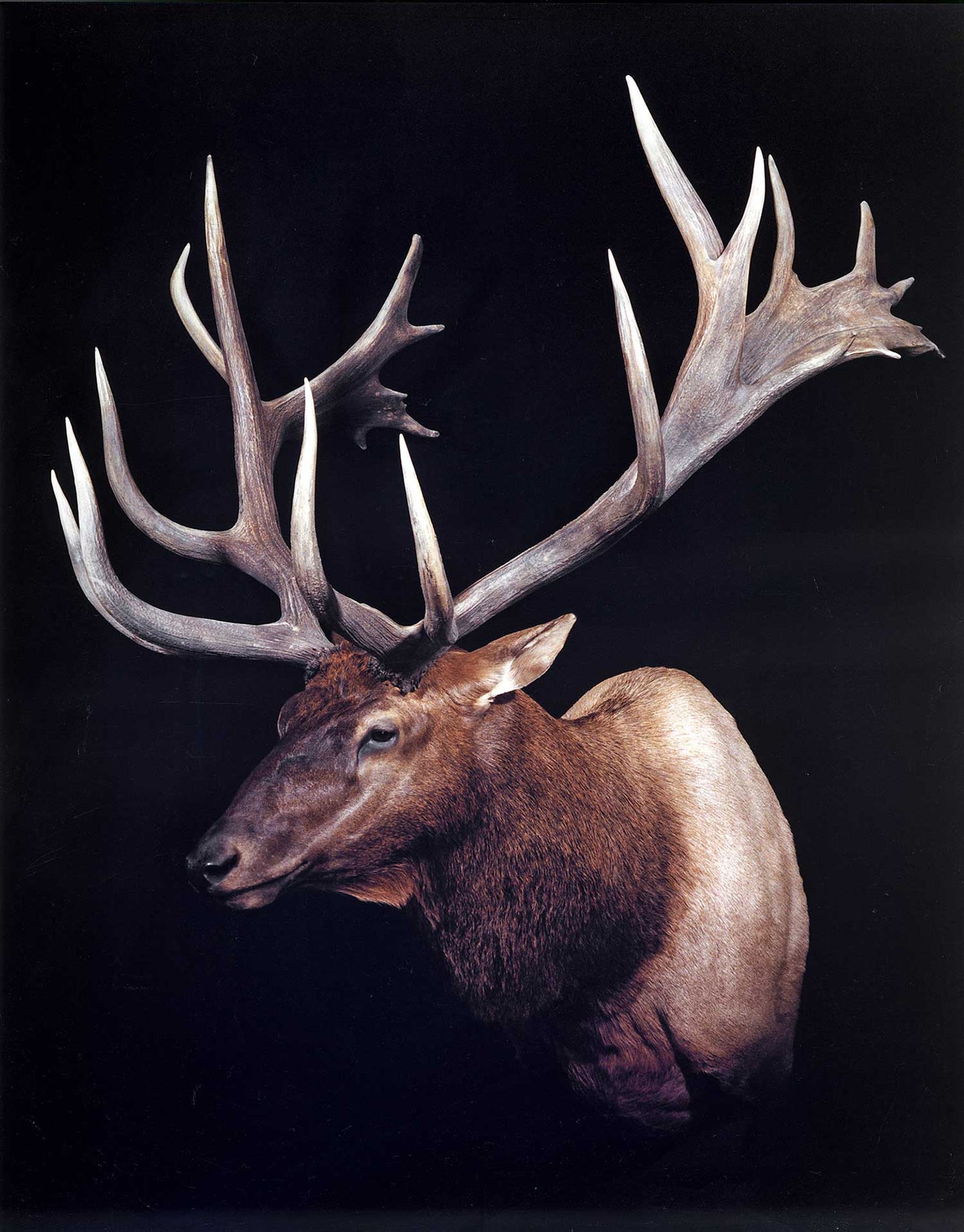 This monster non-typical bull was found in Canada in 1994. Boone & Crockett Club
SHARE

We’re in the heart of another elk season, and hunters are stalking the mountains and backcountry looking to fill their tags—and daydreaming about lovesick bulls screaming their way into bow or gun range. Well, if you’re going to dream, you may as well dream big. And the bulls below should provide plenty of fantasy fodder. Here are the top one or two bulls ever taken in each world-record elk category. All but one is or was a world-record bull, and all but one goes over, or way over, 400 inches.

The Spider Bull was well-known to elk fanatics, but Denny Austad seemed destined to tag the Utah giant. Austad, who bought a Governor’s Tag for six figures, hired a guide who found and kept track of the bull for months. Austad hunted the bull for nearly two weeks before getting a shot. And he missed. Even worse, Austad got carbon-monoxide poisoning from his camp trailer and had to miss half a month of hunting as he recovered. Finally back in the field, Austad and his guide were able get the bull to within 180 yards, and the hunter’s second-chance shot flew true. Rumors circulated, as they often do, that the web-antlered bull, which grossed over 500 inches, was a game-farm escapee or somehow illegitimate. But Boone & Crockett declared the monster the new non-typical world record in 2008.

Another well-known bull, this monster non-typical was a local celebrity near Revelstoke, British Columbia. Perhaps that fame cost the bull his life, as he was found dead in a local lake in 1994, his antlers missing. Though poaching was suspected, it was never proven, and the person who found the bull returned the antlers. While the bull’s death remained a mystery, the size of his antlers is no enigma. The rack was quickly taped, declared a world record, and reigned as B&C’s top nontypical bull for more than a dozen years. Perhaps even more impressive, the bull was still in velvet when he died, so he had the potential for even more growth.

Alonzo Winters was hunting Arizona’s White Mountains in the fall of 1968 when he dropped the hammer on this incredible bull with a Savage Model 99. Winters showed the rack to friends and fellow elk nuts, and then he hung it in his garage where it stayed for nearly three decades. Just before Winters’ death in 1994, he gave the antlers to his sister, who was transporting them, along with a washer-dryer set, in the back of her pickup truck in 1995 when antler buyer Alan Ellsworth spotted the tremendous rack. He followed the truck into a parking lot and eventually bought the largest typical elk antlers ever recorded by the B&C. After certifying a fair-chase affidavit, the club declared the Winters’ bull the new world record, which stands today.

Colorado miners in the 19th century didn’t shoot elk for the record book; they shot them to survive. John Plute was no exception, so when he killed a whopper bull near Crested Butte in 1899, he left the antlers with the carcass and packed out the meat. But when he bragged about the size of the rack to his buddies, they wanted proof. So, Plute hiked back up into Dark Canyon and hauled out a monstrous set of horns. Local legend has it that Plute eventually traded the antlers to a saloon owner to pay off a bar tab. The world-class typical remained in the Crested Butte area for years until it was officially scored by a B&C measurer in 1961. It was declared a world-record typical elk and retained that status for over three decades.

Nick Franklin, an Arizona native, knew well the potential of his state’s Unit 8, where he’d drawn a tag for the 2003 season. Though he’d only arrowed one other elk, Franklin set his sights on tagging the “Grandpa Bull”, a monster elk known to hunters familiar with the area. Franklin was six days into his hunt when he and a hunting buddy encountered a group of bulls bugling hard—one of which was the monster he’d come looking for. The hunters waded through several satellite bulls before slipping to within 35 yards of the giant. Franklin made good on the shot, and within minutes was standing over the Grandpa Bull—and the new P&Y non-typical world record.

This is the one bull on this list that never was a world record. But no bigger bull, or any bull, has ever come closer—and the hunter deserves his due. Clay Heuett arrowed this world-class giant in Arizona’s Unit 3C on September 21, 2003, and news of his bull spread quickly, as the 440-inch gross score seemed certain to best the existing world record of 420-2/8 net. But only three days before Heuett’s elk hit the dirt, Nick Franklin, also hunting in Arizona, had tagged the bull above, which scored 20 inches better.

Denny Austad’s B&C non-typical record elk, taken on a six-figure tag and monitored for weeks by professional guides, represents one extreme of a world-class trophy-bull hunt. Stephan Felix’s elk, shot on a DIY hunt on Montana public land in 2016, represents the other. Felix, an EMT dealing with the fallout from a tragic accident, decided to hike to his hunting area to clear his head on a weekend hunt. On the first morning, he encountered a giant bull, stalked to within 60 yards, and made a lethal shot. Felix then packed the meat and typical antlers—the largest ever taken by a bowhunter—out by himself.

Adams, no stranger to whopper bucks and bulls, encountered this whopper the previous fall when he had only a Montana mule deer tag in his pocket. But the vision of the giant elk stuck in Adams’ brain until the 2000 season, when he headed back to the same area. On September 14, he heard a roaring bugle, spotted a huge antler, and sprinted to intercept the bull. Adams made good on the 40-yard shot, and the bull covered only 75 yards before tipping over.

Jeff Lopeteguy and his family always enjoyed watching the herd of Tule elk that frequented their ranch in Glenn County, California. When one of the local bulls was found dead on their property in 2005, the state wildlife agency tried to determine a cause of death. Upon returning the rack, they informed Lopeteguy that the antlers might rank high in the record books. High indeed; when Lopeteguy had them measured, the bull toppled the standing world record by 14 inches.

Rick Bailey, a self-professed meat hunter, had no intention of holding out for a trophy on his very first bull elk hunt near Pitt Lake, British Columbia in 2015. But on the second morning of his hunt, Bailey spotted a huge bull and made good on the 200-yard shot. The 9X9 monster grossed 427-⅞ and netted 419-6/8 to beat the standing world record by 15 inches.