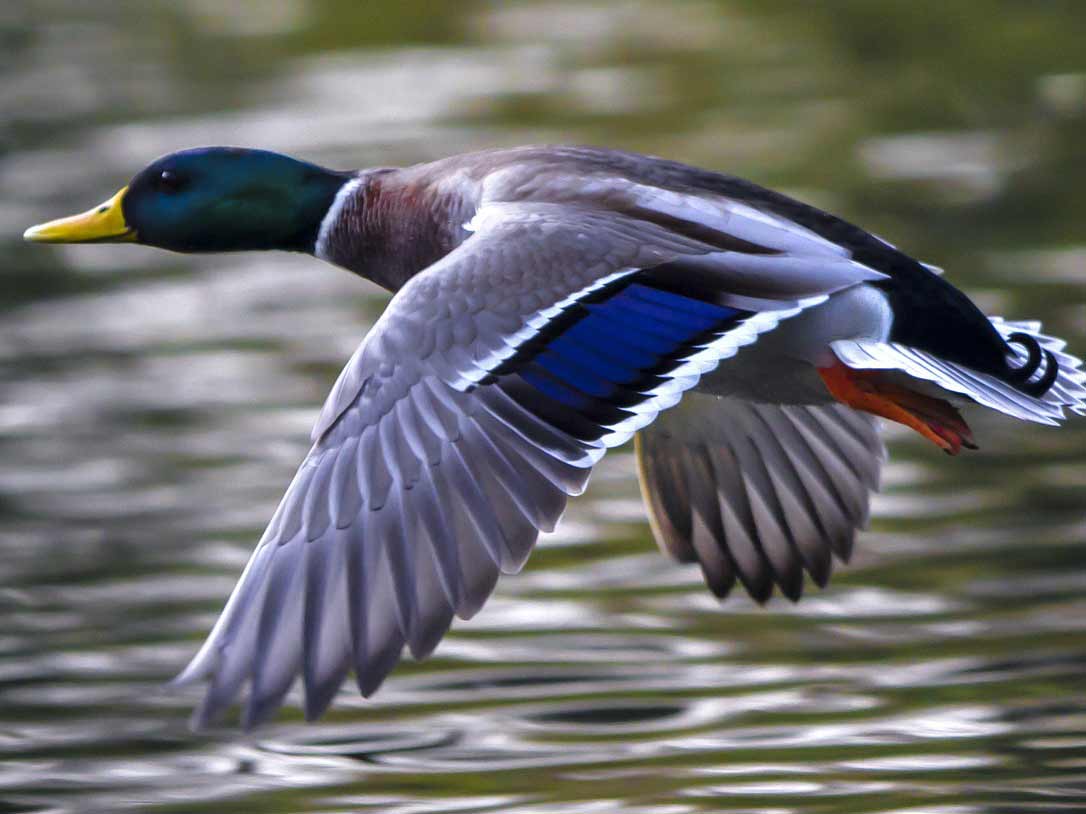 A mallard sails toward the decoys. Roland Mey/Pixabay
SHARE

The sight of a bird coming into your decoys with its wings cupped and its feet down is the greatest thrill in waterfowling. It’s a worthy payoff for the early wake-up calls, the cold, the mud, and the hard work of hauling decoys through the marsh. Making your fake ducks and geese look like the real thing to birds in the air requires some trickery. Here are a dozen tips to put more birds into your landing zone this fall.

1. Set a puddler spread that gives you a good shot.

Besides attracting birds, decoy spreads put incoming ducks in a spot where everyone gets a good shot. For a basic puddle duck spread, pick a landing hole in easy range of the blind, then set decoys around it. Either place two blobs of decoys with a space in between, or make a rough C-shape with the open end facing downwind.  Remember, too, that ducks usually won’t land with decoys. You can use decoys to block birds from landing where you don’t want them to go. Place your furthest decoy no farther than you’re willing to shoot.

2. Make a J hook for divers

Rigging for diving ducks is different than setting a puddler spread. Divers will run down a long tail of decoys and follow it into the hole. Therefore, the classic diver rig is a J-hook, a clump of decoys near the blind with a long leg running out away from shore. Divers trading back and forth will pick up the leg and follow it all the way into the guns. It’s important when setting a j-hook that you place the decoys in the leg evenly. If you clump a few together or leave a gap ducks may land there instead of coming all the way in. Some hunters like long lines—multi-decoy lines with several clips on the line and a weight at each end—because they are quick to set and pick up, and make it easy to keep decoys evenly spaced.

Set a mixed spread for divers and puddle ducks. The spread should be 50/50 divers to puddlers, but if possible, err on the side of more divers. Set diver decoys on the downwind side and run a long leg out as you would on a normal diver hunt. Put a group of puddle ducks on the upwind side in shooting range of the blind. If you want to add some geese, put them downwind of the ducks. Geese don’t like to fly over ducks.

3. Muddy the waters and bring a rake for ice.

If you hunt in shallow water or flooded fields, muddy up the water by walking through it to make it appear as if ducks have been feeding. Ducks can spot discolored water from a long way away. Walk through the decoys first thing in the morning, then again a couple of hours later as the mud cloud subsides.

And keep in mind that shallow water freezes at temperatures that won’t lock up a deeper lake or marsh. When you break the ice, be sure to clean the pieces out of the hole.  Bring a rake or a scoop to get the pieces out. If the ice is thick enough, break it into big sheets and slide those sheets under the standing ice.

4. Set a coyote to direct birds where you want them.

If geese are using two parts of a field, set your decoys in one spot—preferably the higher of the two—and leave something like a decoy bag on the other part to make them shy away from it and land with your decoys. You could get creative and make a scarecrow. One guide I know uses a 3-D archery target of a coyote for this purpose.

Ever watch a decoy break away from your spread and see ducks land with it? Some days, ducks want to land with one other bird. For a change of pace, especially when ducks have been in the area for a while and are stale and wary, try putting a blob of decoys upwind, and hunt over one or two decoys. Set the blob in gun range just in case ducks cross you up and land with the main bunch.

6. Make your own motion decoys.

A lot of hunters, even some expert callers, will tell you if they had to choose between calling and motion they would pick motion every time. Make a feeder decoy by filling a coffee can with concrete and an embedded eyebolt.  Run a line from the decoy’s keel, through the eyelet and back to the blind. Pull to make the bird bob and feed, creating movement and ripples that will animate the spread.

It’s easy to make jerk rigs, too. You need a stake, a and heavy line with clips attached directly to it. Set the stake near your spread with one end attached to the line. Stretch the line back to your blind so the clips sit in your decoy spread and clip a decoy to each clip. When you’re back in the blind, pull on the line. The decoys will move back and forth with the bungee cord.

Geese grow wary of large spreads of unmoving “goose statues” late in the year, but you can be successful with only a few decoys when everyone else is going big. I’ve had great hunts over a couple dozen decoys, and you can go down to as few as eight if you’re in the right place and have a good hide. One advantage of a small spread is that you know where the geese will land and you can set it so everyone gets a good close shot. Also, it’s hard for one or two callers to sound like a couple hundred geese on the ground, but they can easily mimic the sounds of a small bunch.

8. Add visibility to your decoy spread.

Black and white decoys increase the visibility of your spread. Mix in magnum decoys with black or black and white on them—black ducks, bluebills, ringnecks, Canada geese, pintails–for extra visibility and “pulling power” along with your puddle duck spread.

In some places, like on Reelfoot Lake, where attracting ducks high overhead is important, some hunters use huge spreads of black decoys. The traditional teal rig on the Great Salt Lake consists of a few hundred all-black duck silhouettes which serve both to look like a raft of ducks and to hide the coffin blinds floating in the shallow water. Old-school guides on the Texas coast used to add snow goose floaters to their teal rigs to make them show up before the advent of spinning wing decoys. Atlantic flyway hunters used to paint old crab buoys black and white and turn them into decoys. I could go on and on, but the point is, sometimes visibility is more important than realism.

Old, drab decoys have their place, too—especially in early teal season. All the ducks are brown in September and teal aren’t picky about what species of decoy they toll to.  A spread of mallard hens is more or less the right color, they are bigger than teal so the birds can see them, and the teal won’t care if their paint jobs are a little bit worn. Best of all, because teal are often shot low over the spread, you won’t mind as much if you or someone else shoots one of your second-string decoys accidentally.

Put out a tightly-packed clump of coot decoys, and if you can add some motion to the coots with a feeder decoy, so much the better. Then scatter gadwalls, wigeons, or even divers around the edge. That setup mimics a common occurrence in many places, where ducks hang around feeding coots hoping to steal bits of vegetation the coots bring up from the bottom.

11. Tighten up your spread when hunting ducks in cold weather.

Ordinarily, a tightly packed flock of ducks signals alarm, and you want to space your blocks out. In cold weather, though, you can pack your decoys together tightly. Don’t worry if they bang into one another, they’ll look like real ducks huddling together for warmth. If you hunt over a hole in the ice, jam part of it full of ducks, leaving a landing spot, and stand some full-body ducks and geese on the ice around the edges of the hole. The birds around the edge of the ice should be shoulder to shoulder.

Read Next: The Best Duck Hunting Shotguns of 2022

12. Don’t be afraid to rearrange decoys or move your rig.

Indecisiveness saves ducks. We’ve all sat in the blind talking about how we needed to rearrange or move the spread and not done it. If wind direction changes, get out and move the decoys right away until they’re properly set for the new direction. If birds are landing nearby, don’t hesitate: pick up the spread and move. The best decoy layout is the one that’s in the place where ducks want to land. And, if you don’t have your decoys on Texas rigs yet, you should. They let you pick up a spread and move it in no time, especially if you spend extra on coated cable lines that won’t set and rarely tangle.