When deer won’t move on their own in the late season, you may need to push them onto their feet. Here’s how to do it right 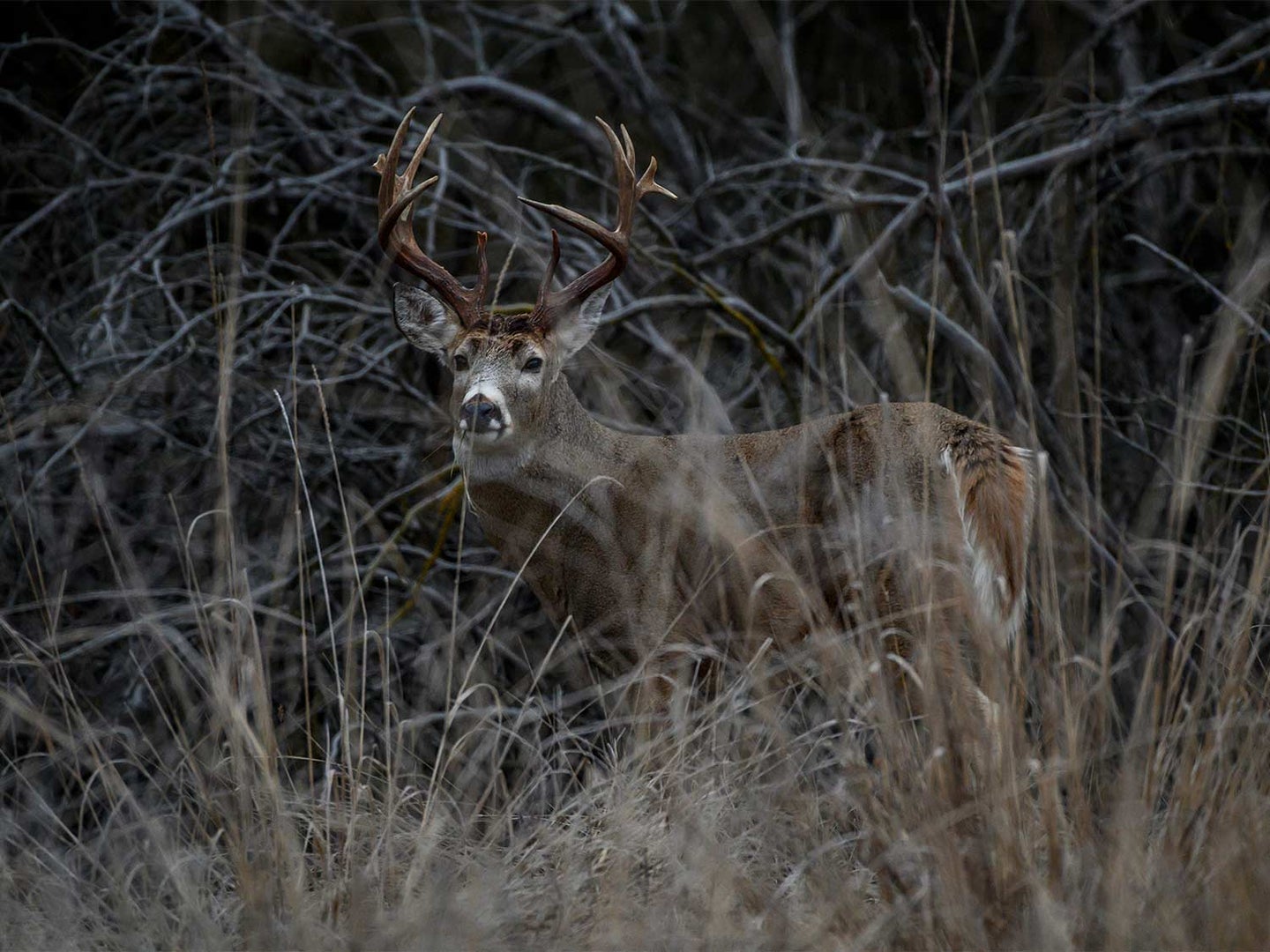 When the clock is winding down and your stand-hunting efforts are coming up short, it may be time to try a drive. The pressure of bow, rifle, and muzzleloader seasons causes many bucks to hunker down in thick pockets of cover, where they basically become nocturnal. No matter how good a hunter you are, you can’t kill a deer if he’s not moving in daylight.

Drives provide two crucial advantages in this situation: They get deer to exit cover so thick that you can’t sneak up on them, and they steer them past other hunters in your party who are waiting in positions where they can get a clear shot.

The best pushes for the mid- and late season involve only a few people. Big drives that require lots of organization and preparation in the field aren’t practical for the small pieces of cover that shelter most of the best bucks right now.

Here are a dozen tips to get these bucks on their feet and in front of a gun.

Study on a topographic map or aerial photograph before starting out so everyone understands where the pushers will come from, where the standers will set up, and how each person will approach his position. Having hunters who are posted in the wrong places, or who push in a direction that’s only slightly off, can cost you the only chance you’ll get at a buck.

Increase the productivity of your drives by leaving some spots off-limits through the regular season. Bucks will find and use these areas as refuges and be there when things turn difficult and you need to put on drives. I know of one such spot—just over an acre of 6-foot-high switchgrass—on my hunting property that always holds a good buck near the end of the season if we don’t pressure it earlier.

The best spots to target with just a few hunters in the late season are small pockets of cover, isolated tracts, and overlooked parcels from 1 to 10 acres. These locations may require a good hike to reach, or they may simply be so rough and thick with brush, briers, and deadfalls that most hunters avoid them. Good options include small swamps, stands of unthinned 4- to 7-year-old pines overgrown with vines and weeds, strips of switchgrass or other native warm-season grasses, small clear-cuts that have grown up for three to six years, abandoned homesites, and thickets along stream bottoms are ideal.

Safety comes first on every drive; getting a deer comes second. Everyone must know his safe shooting lanes as well as the locations of the other hunters. Shoot only when you are 100 percent sure of the target and that there is a backstop behind the deer. All participants should wear plenty of fluorescent-orange clothing.

5. Push through the cover slowly.

Fast drives may send deer out in a panic, presenting difficult shots for standers. And older bucks will often simply hunker down in brush or flatten themselves onto the ground and allow quick-walking drivers to go right past them.

6. Learn escape routes ahead of time.

You can locate these travel lanes if you hunt grouse or squirrels on your property earlier in the season or by hiking through it a few weeks before you plan to put on drives. Simply studying your topo will also reveal them. Bucks will head for the next closest thicket using the route that offers the most concealment.

Save the noise and shouting for large, club-organized drives that have many posters and standers on big parcels. For a three-man team, silence is preferable, so you don’t make deer panic and run in unpredictable directions. If you need to keep in contact with one another, use a crow call, owl hooter, or some other natural woods sound as an occasional signal.

8. Standers should sneak into position.

Move in as silently and unobtrusively as possible, circling wide of the drive area and staying downwind of it as they approach.

Extreme cold, wind, rain, and sleet are all good conditions for putting on drives, since bucks will take shelter in thick pockets of cover during inclement weather. They’ll hold tight there, so be sure to move slowly, weaving through the cover and kicking brushpiles as you go. Fresh snow may reveal large tracks that head toward a thicket. It might have been made by a big buck that you could drive out. The white background will make it easier for you to spot deer-both those trying to stay hidden and those that break and run.

Areas with a barrier on one side that blocks deer movement are perfect for driving. A lake, a deep stretch of river, an overgrown fenceline, a high bluff, or any similar obstruction will narrow a buck’s options for escape and increase the probability of posted hunters getting a shot.

If a deer is bounding away too fast to get a good shot, try hollering at him. It doesn’t always work, but sometimes shouting, “Hey!” will make the buck pause for a moment to try to locate the source of the sound, giving you a stationary target. Be ready, because you won’t have much time to shoot.

12. Switch roles between drivers and standers.

This way each hunter in your group will get a decent chance at tagging a buck. A drive will usually have one spot that is likely to offer the best shooting. Alternate hunters in that hot location until everyone has taken a deer or gotten a shot.