Great Stories: The Truck That Owes Me Nothing

On a long road trip, the author wonders if it’s finally time to say goodbye to his pickup 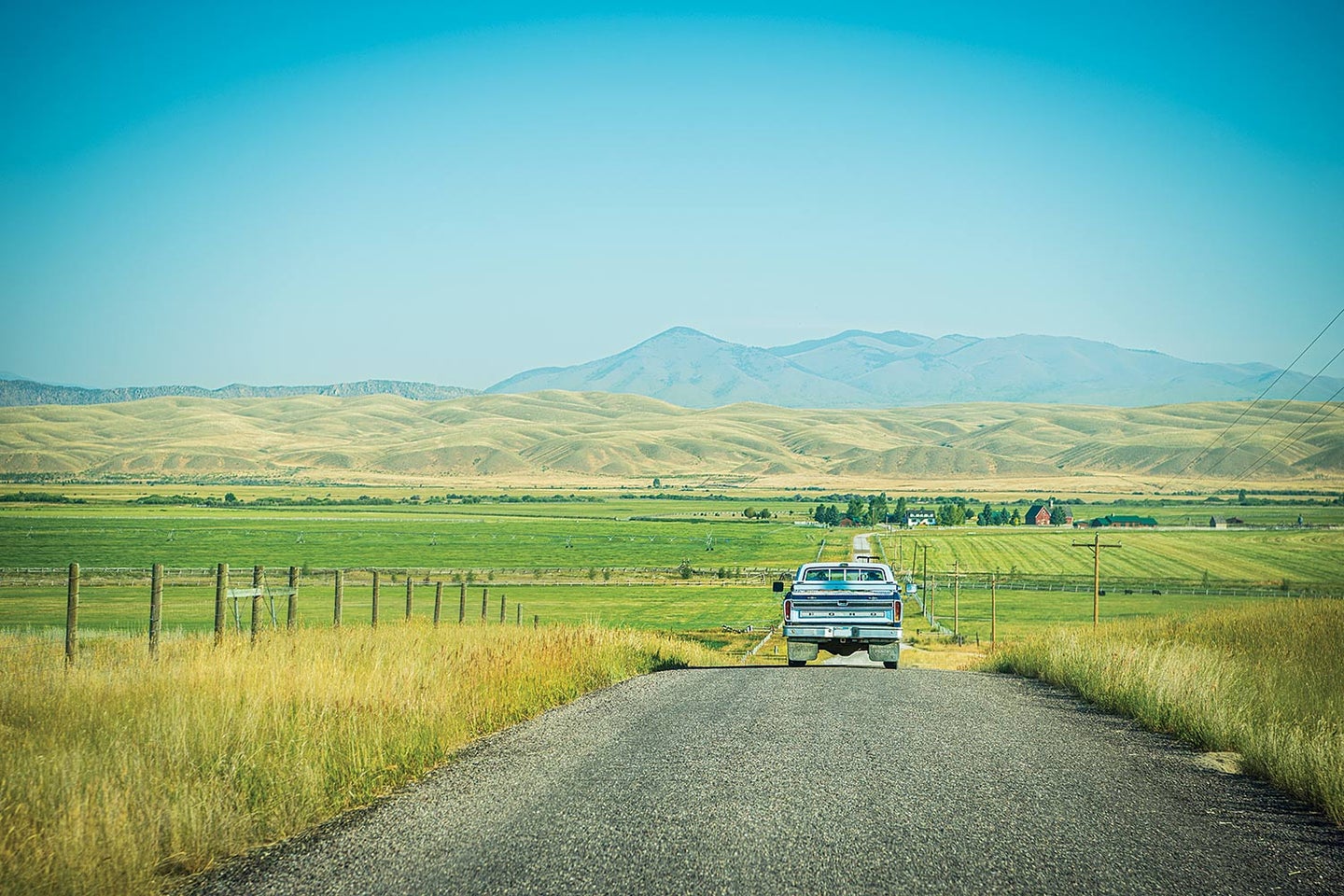 A casual drive down a country road is the best way to enjoy an old pickup—especially if there’s a tagged deer in the bed. Brian Grossenbacher
SHARE

I was waiting for the moment when the truck would finally break down, and I’d be stranded in a strange place far from home. After an all-night haul from New York, it seemed like that place would be a general-store parking lot in Odessa, Missouri. I got out of the cab, looked under the truck, and watched as transmission fluid hemorrhaged from the bell housing.

I was traveling across the country, on my way to New Mexico, working as a hunting guide, and when I got there I planned to pull my 1995 Ford F-150 off the highway and run it hard on every dirt road I could find. The truck was a single-cab work model, designed to plow snow and make dump runs, but I had been banging it around between the coasts like a pinball for the past year and a half. In the process, it had gained my respect more than any vehicle I had owned before. To me, it seemed only fitting that the truck should go out in glory on wild tracks.

Until this point, I had mostly kept the pickup together with duct tape and zip ties, but a transmission problem is more like a stroke than a broken bone. I wasn’t going anywhere, at least not ­tonight, so I climbed back in the cab and spent the night on the bench seat.

the next morning, i walked into the general store. The place was packed. I grabbed a doughnut and took a place in line, then asked out loud to anyone listening: “Who’s the best mechanic in town?”

There was some muttering before someone spoke up: ­“Junior. He’s the best.”

Junior told me to fill the truck with as much transmission fluid as possible and drive it as fast as I could to his shop before it broke down again. After blowing past every stop sign in my rush to get there, I found Junior waiting for me in the doorway of his shop, a sheet-metal three-bay garage just outside of town. In about two hours, he had the truck running, and I was back on the road. But 100 miles down the highway, in Kansas, the truck gave out again, and I rolled into a Ford dealership followed by plumes of smoke.

After looking over the transmission, a service technician said the repair would cost more than I had paid for the truck. Then, right on cue, a salesman told me that the amount was the same price as a down payment on a new truck.

The last time I even considered buying a truck was when I went for a look at my Ford. The man selling it said he only drove the truck on the weekends, and when I took it for a test drive around his neighborhood, I loved how the signals and switches clicked and clacked. And since there wasn’t very much insulation in the cab, you could really hear the engine. It was mild mannered but strong. That’s what had sold me. When I drove it home, I didn’t even turn on the radio. Lately, though, it was hard to hear the engine clearly. The truck had taken on a loud, metal-on-metal rattling at higher speeds. I had planned to fix it after I arrived in New Mexico, but now it seemed as though I’d never hear the engine hum again.

No question, the new Ford the dealership was pushing on me was nice. It had four doors, a back seat, a noise-free cab, a backup camera, plus Bluetooth and heated seats. All of the hard miles ahead of me were about to get easier—or at least more comfortable. My hunters would certainly enjoy this truck more too.

But then, the guys I guided always liked my old truck. On whitetail hunts, we’d sit five across the three-person bench seat as I drove them to stands. I wondered if my vehicle reminded them of the old trucks they used to have.

As the salesman kept going on about the features of the new truck, I couldn’t stop thinking about mine. As beat up as it was, it was just starting to feel broken in. It had red Southern clay caked into every nook and cranny and Northeastern road salt eating holes in the fenders. And I’d seen a lot of things for the first time from behind the wheel of that truck.

I remember driving alongside running pronghorn antelope in Idaho and clocking them on the speedometer. Weeks later, I’d haul one from a sagebrush flat to the tailgate with a hunter and drive it back to camp. Every opportunity that truck had to let me down, it didn’t. No matter where I was—in the woods, in the desert, waking up in a Walmart parking lot—my truck was always there and ready to go. I couldn’t stand the idea of leaving it behind in a dealership garage, awaiting the crusher. So, I asked for the keys to my old Ford back.

Then I called Junior.

through some jury- rigged voodoo, Junior fixed the transmission. The only catch was that my Ford could never go over 55 mph again. I didn’t mind that, though, because the best memories you make in a truck all happen when you’re going under 55. At slower speeds, you can climb a mountain on a two-track, creep toward a deer stand with the headlights cut off, or ride through a hayfield to pick up plinked soda bottles.

I pulled out of Junior’s and made my way out of town. On a highway entrance ramp, when I accelerated, I noticed that rattling again—broken spot welds and vibrating sheet metal that made the truck feel more like a loose collection of parts than a finely tuned ­machine. Right before I hit 56 mph, I let off the throttle. To my surprise, the racket settled down, and the truck’s gait smoothed out. There wasn’t a sound except for the engine—a content, six-cylinder hum.